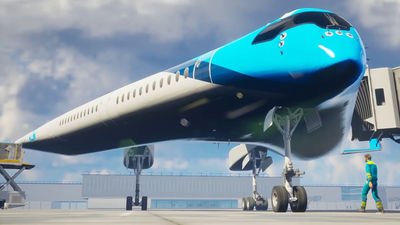 A prototype of the high-efficiency “ Flying-V ” aircraft will be released in October 2019, capable of carrying approximately the same number of passengers and cargo as Airbus's latest generation passenger aircraft

A350 XWB , but with improved fuel efficiency by as much as 20%. It became clear that it was.

In the image, you can see what it feels like if the aircraft was connected to the airport boarding bridge.


Flying-V is a joint project between the Delft University of Technology aerospace department and KLM Dutch Airlines . 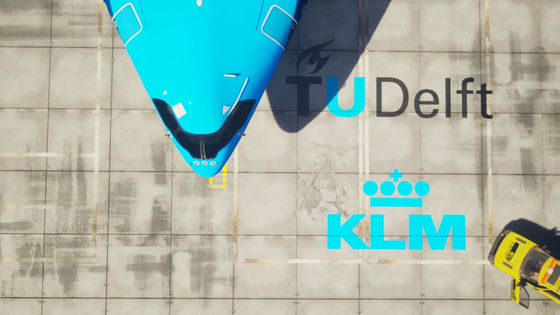 The nose looks like a normal aircraft when viewed from the side ... 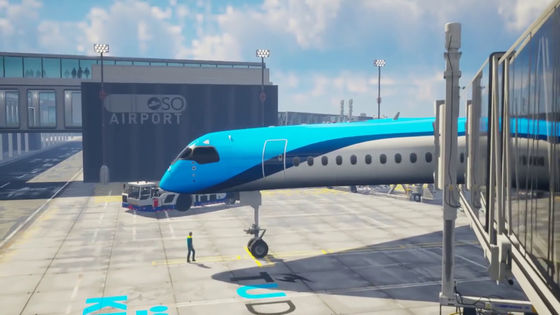 When viewed from the front, the rear of the fuselage is expanded and looks completely different from a regular aircraft. 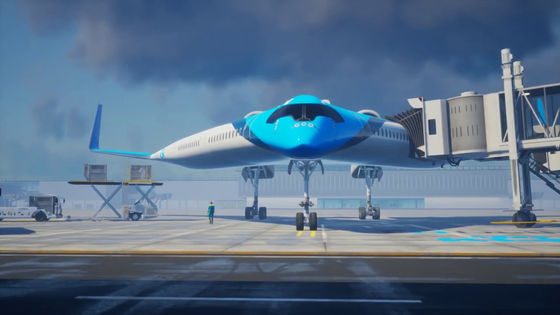 Depending on the angle, it seems as if two aircraft are side by side. 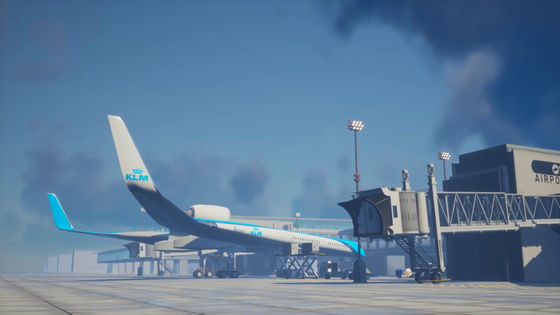 However, both tails are from Flying-V. The nose is at the tip of the 'V' and the rear of the fuselage is divided into two parts. 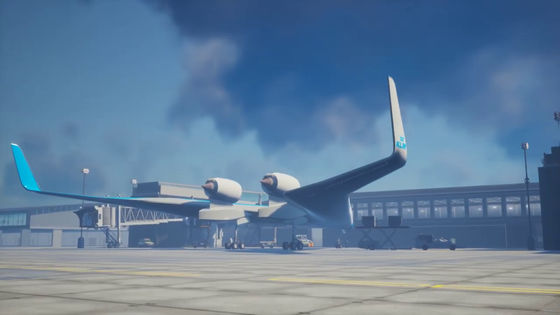 There is no wing extended from the airframe to the left or right, which is a normal aircraft. Instead, the cabin, cargo compartment, and fuel tank are integrated into the fuselage, and the excellent aerodynamic shape and weight reduction improve fuel efficiency by 20% over the A350 XWB of the Airbus. 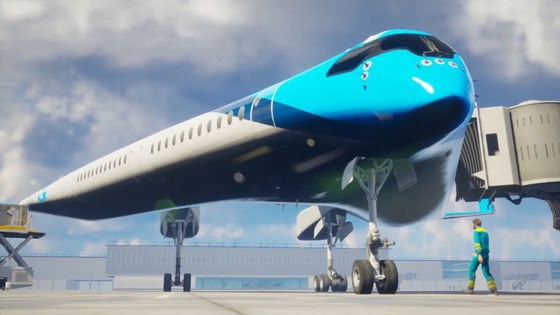 Still, the number of seats is 314, which is almost the same number as the A350 XWB. The capacity of the cargo compartment is also 160 cubic meters, equivalent to A350 XWB. In addition, the size of the fuselage is 55m in length, 65m in width, 17m in height, and the width is the same as A350 XWB, but the length is short, and the same storage can be used. 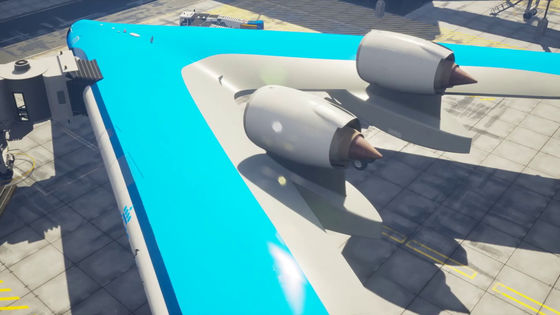 The Flying-V is scheduled to be released in October 2019.

The name and shape are similar to Gibson's guitar '

Flying V ', but the relationship is unknown.