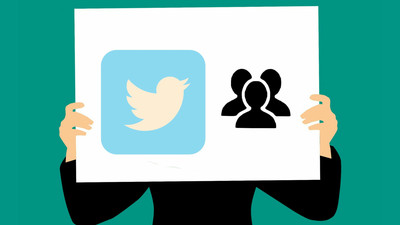 Twitter is looking to hire a 'master in the art of Twitter to become its Tweeter in Chief-The Verge
https://www.theverge.com/2019/5/28/18643299/twitter-tweeter-in-chief-job-listing-communication-marketing

Although the official Twitter account for the Japanese version of Twitter, @TwitterJP only announces new functions and retweet tweets from celebrities and organizations, but @Twitter includes net memes and 'with Twitter'. We are also actively making tweets by people. Twitter is about the content of the job 'Twitter culture, enthusiastic fan culture, it is deeply related to the culture in general,' and 'It is fascinated with how the community moves and the content moves on the platform Seeking a 'person'.

He also said, 'I am a Twitter master, and I want to make its passion and expertise extremely level beyond that of @Twitter.' The verge of the foreign media commented ironically that 'I can only imagine posting a lot of tweets like the following.'

Liking your own Tweets is self-care

Of course, @Twitter isn't just about doing funny tweets. It is necessary to actively communicate smoothly while accepting complaints and indications from users all over the world, so although technology and qualifications are not required, it may be necessary to prepare for a considerable mental burden. Hmm. For example, The Verge cites high turnover rates for product managers as one of the reasons why Twitter service quality improvement is unthinkable.

The top CEO Jack Dorsey says, 'We will work hard to solve the problems with Twitter,' but the new feature requests and inquiries from Twitter come to Twitter with a monthly active user count of 321 million Is countless. The turnover rate of product managers working on problem solving in the field is very high, 'Twitter product manager is a cursed post', 'Twitter product manager appears in Harry Potter, Hogwarts School of Magic's Defense against Dark Magic' soon change, 'said the lecturer average of the operator' ridiculed (Yuni) there was also a thing.

'Head of Product' at Twitter has about the same turnover rate as the 'Defense Against The Dark Arts' position at Hogwart's. Https://t.co/Ge3LesNA6y

The Verge said, 'If you only want to tweet a netmeme that you want to get into fashion, you won't be able to solve Twitter's problems or make productive interactions between Twitter and your users,' Tweeter He is skeptical about the effects of in chief.