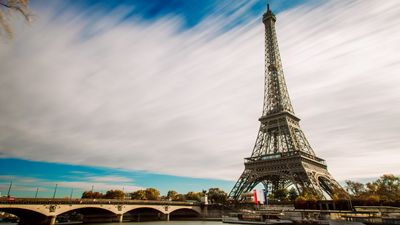 The Eiffel Tower , a symbol of Paris, France, is a tourist attraction with many citizens and tourists. Such a large-scale renovation of the area around the Eiffel Tower to eliminate the densely packed cars and a plan to create a huge open space dedicated to pedestrians was announced.

The Eiffel Tower, which was built at the end of the 19th century, is one of Paris's top tourist attractions, but there is a large road right next to it, and the area is very busy. Pedestrians need to go to the Eiffel Tower through a small space, and people's flows are often said to be a bottleneck.

On May 21, 2019, the Paris City Hall re-developed the Champ de Mars Park, which extends to the Eiffel Tower and its surroundings, and announced that it will be transformed into a green space. The funds needed for the redevelopment will be covered by the Eiffel Tower ticket fee and will be targeted for completion in 2024.

In addition, it is said that redevelopment will increase the number of fountains in the square and make it a cooler environment. Jena Bridge on the way from the Trocadero Square to the Eiffel Tower will also be transformed into a pedestrian garden. Instead of roadways, tree-lined avenues and grassy plazas are built, and stone walkways at both ends allow emergency vehicle access. 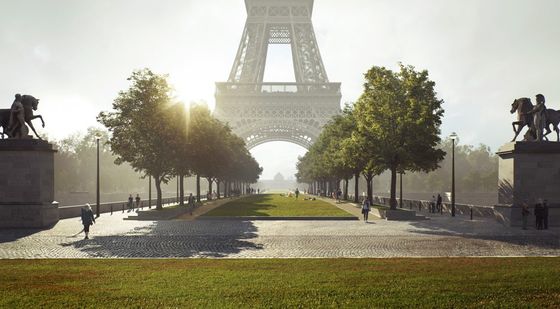 Counters and kiosks that buy tickets for the Eiffel Tower will be buried in the basement of the Eiffel Tower. It will also be possible for tourists to deposit their luggage, but the surrounding area is covered with grass and care is taken not to damage the landscape. The plan is to make the Eiffel Tower and Champ de Mars park a pedestrian-only square by bypassing the driveway, and once the construction is complete, more tourists and citizens will enjoy and relax than ever before It is expected that they will be able to