School classes can change the ideas of parents through children 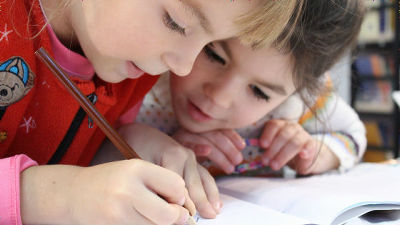 The classes in the school form the ideas and opinions of the children, but at the same time, it was found through experiments that the education for the children also greatly changes the ideas of the parents.

Who can convince those who reject climate science? Maybe their kids | Ars Technica
https://arstechnica.com/science/2019/05/who-can-convince-those-who-reject-climate-science-maybe-their-kids/

The idea is largely different depending on the generation. Children living in the present age, especially in the United States, are more open to scientific problems because they are in an environment where they can study without regard to cultural backgrounds such as war, political opinion, and cultural boundaries, compared to adults. It is thought that it is easy to have ideas and opinions. For this reason, young people tend to have less opinion than 'the climate is a city legend' than the elderly.

Focusing on this, a research team led by Danielle Lawson of North Carolina State University investigated whether children's ideas at school could change their parents' thoughts and ideas by bringing them home. Researchers recruit junior high school teachers to work in the northern California coastal area, have one group organize lessons on climate change, and another group experiment to organize regular lessons for comparison. I did. A total of 200 families were to participate in this experiment. The classes on climate change were taught at this time, such as “The difference between weather and climate” and “How does climate change affect living things?” The children also participate in projects in the local community . In the end, the children were assigned the task of interviewing their parents with ideas about changes in the local weather. 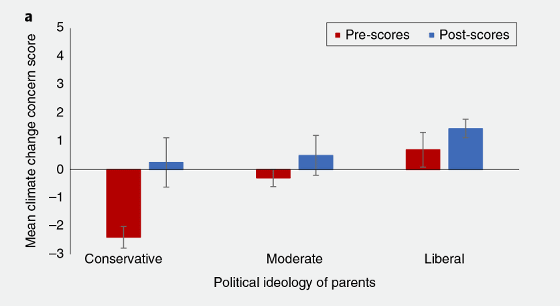 Parents with either political conviction have raised concerns about climate change, but the swings of the conservative parents' opinion are quite large. Curiously, however, the concerns of conservative parents have also increased in the control group, so it may be possible that responding to multiple questionnaires may have caused some change. We also know that fathers tended to raise concerns more than mothers, and that daughters have a greater impact on parents than sons. The researchers believe that girls are more likely to have a higher level of concern about climate change than boys, about having a bigger impact on their parents. Another reason behind this is that adolescent girls are more likely to communicate with their parents better than adolescent boys.