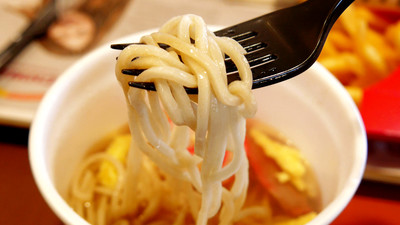 McDonald's, the world's largest fast food chain, is known to have slightly different menus depending on the country. For example, “Teriyaki Mcburger” and “Tsukimi Burger” are menus offered only in Japan. Such McDonald's stores are limited to “

Saimin ”, a noodle dish originating in Hawaii. I went to eat it because I was really worried about what the taste of noodle dishes offered at McDonald's, a hamburger shop, was like.

What came up was McDonald's along Kalakaua Road in Honolulu, Hawaii. In front of the shop, the white sand beach and the blue sea of Waikiki Beach were spread, and it was full of people with floats and umbrellas. The inside of the store is almost the same as the store in Japan, but it features a large machine with a touch panel in front of the counter. In the United States, where cashless credit card etc. is getting more advanced than in Japan, machines that can be ordered using credit cards are installed mainly in fast food stores, making it possible to place orders without human intervention. You are Looking at the kitchen area behind the counter, there is no difference from Japan. Order on the touch panel machine, pick up a number card and wait for your seat. 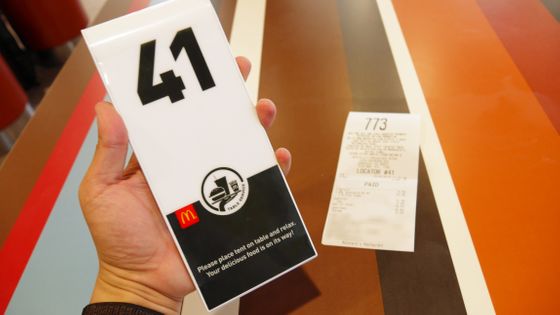 In about 5 minutes, the clerk brought the menu to the seat. It is a single item of $ 2.99 (approx. 330 yen) in a cup lined with hamburgers and potatoes. 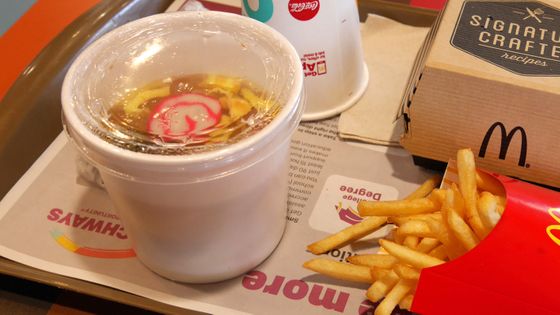 I open the lid and look like this. There is a piece of sliced kamabori paste with the word 'no' written on it, and a few pieces of thick, slightly thick cocoon egg and char chew. It is said that Saimin is a local food created by the unique evolution of Japanese ramen and Chinese noodle dishes in Hawaii, and the ingredients listed are similar to traditional Japanese ramen. 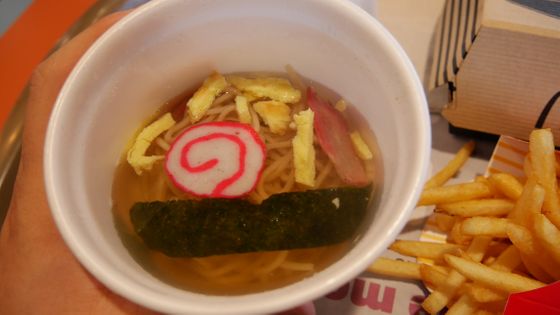 I thought, 'I can't afford to eat saimin's noodles ...?', But because I came with a plastic fork and knife, I would like to try it now. 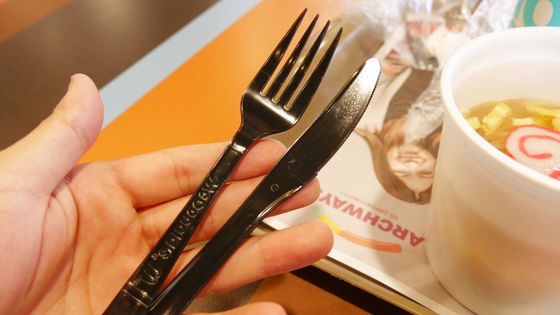 Before I ate it, I was expecting, 'Because of the McDonald's ramen, the taste is quite dark?' However, the brown clear soup was really messy when I actually drank it. It has a taste like a Japanese style soup stock taken with bonito and kelp, and although it has a slight soy sauce flavor, the seasoning is quite thin, and it is almost like only the umami of fish. It was closer to the Kansai-style udon soup than the ramen soup, and it tasted quite kind. 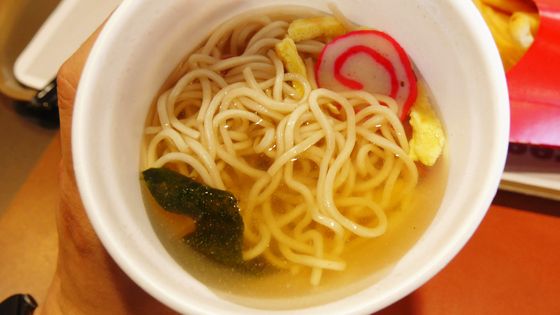 Slippery noodles have almost no smell of wheat. Chinese noodles with Koshi are used in Japanese ramen, but the texture of this noodle is quite soft, combined with the mild taste of the light soup, and it feels more like buckwheat noodles than ramen. 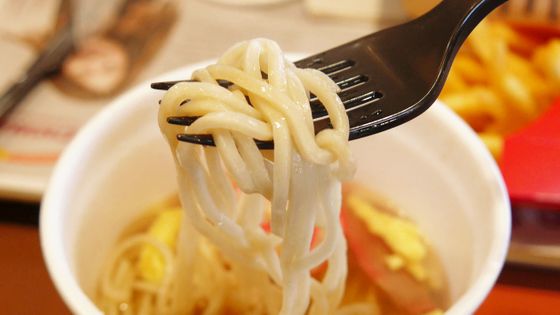 Among the ingredients, the only one with a solid feel is the lightly seasoned pork, which tastes like the meat itself, but it is different from the Japanese ramen that it has not been seasoned strongly with sauce or the like. The ingredients, the noodles and the soup were quite light, and it was a perfect menu for refreshing the mouth between the time you eat a rich menu such as potatoes and burgers. 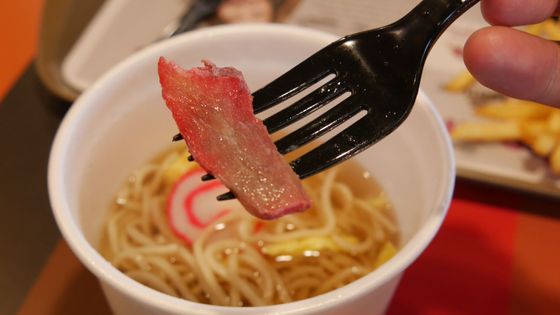 In addition, unlike Japan, where drinks are poured into cups, only empty cups are delivered and they are poured in a drink bar. 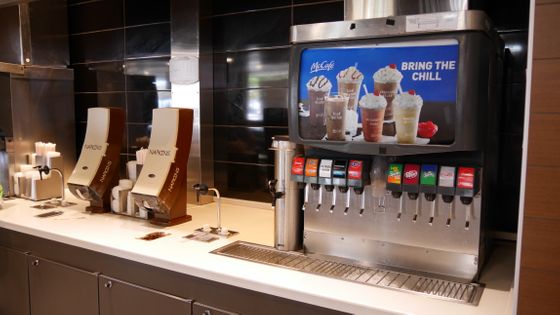 Above the drink bar machine there was an advertisement for a drink at McCafe. Japan's

McCafe will have a menu similar such as ice cafe mocha also, here carrying the 'Strawberry Shake', 'chocolate shake' to 'vanilla shake' syrup of cherries and plenty of cream, really high-calorie drinks It was also advertised, and indeed the adult obesity rate was 39.8% , such as America. 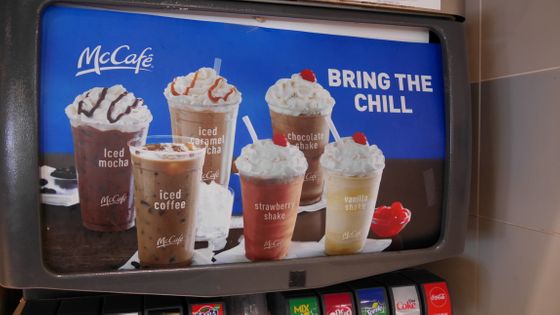