What does it mean to 'design the UX of the game ethically'? 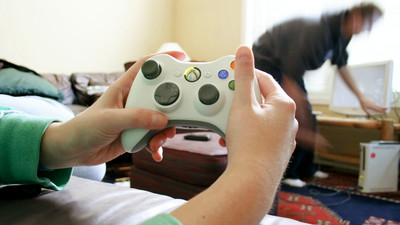 In developing a game, not only the view of the world, operability and system design, but also the user experience (UX), which is 'How do users feel about the fun and comfort of the game', is very important. Gamastra, an overseas gaming media, interviewed Celia Hodent, the lead designer for the popular battle royal game ' Fort Night ', about the game's ethical UX design.

In June 2018, the World Health Organization (WHO) identified the 'game disorder' as a new disease in which the game is overplayed to such an extent that daily life is disturbed in the ' International Statistical Classification of Diseases and Related Health Problems (ICD)'. I have been certified. However, some scholars and doctors have criticized the critics, saying that 'insufficient research has been conducted to recognize the game disorder as a disease' and 'Morceral concern rather than science.' It is rising.

'Game Disability', which overplays games to the point where it interferes with everyday life, is classified as sick-GIGAZINE 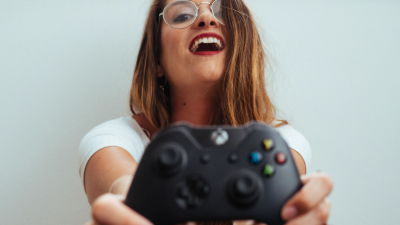 Hodent argues that 'in most games, high dependency is not an issue. Game failure is a very specific disease and does not affect the majority of gamers,' He said that enthusiasm for 'and' depending on the game 'is another story. On the other hand, it has been pointed out that developers, gamers and game media journalists tend to make evaluations such as 'This game gets insane! Best!' It's not a good thing to rely on games, It is a serious problem that some people suffer from.

Mr. Hodent is often told by parents of children who are crazy about games, but such problems are not caused by the game itself, but by the fact that children can not regulate themselves. However, this does not mean that children are game addicts, they simply can not manage time, Hodent says. In order to prevent children from playing games forever, parents should be forced to follow certain rules, and parents need to understand what children are playing in the game and who they are playing with Hodent claims there is.

For example, in the popular MMORPG ' World of Warcraft ', there are no negative factors to interrupting the game. On the contrary, once the game is interrupted, a break bar will be displayed, and a bonus is adopted that the experience value available will be doubled after the break is over. In other words, World of Warcraft is designed by linking the game UX with a play style of 'play behind a break'. Ethical UC design is currently based on voluntary regulation by game developers. These self-regulatory UX designs are not important for businesses that prioritize budget and revenue. In addition, games offered for free such as 'Fort Night' can be played free of charge, 'play free high-quality games', 'play free high-quality games for a long time', the hurdle that players demand Game design is increasingly trying to keep players in the game as it gets higher.

And this flow also has a big impact on the fairness of the game. For example, if you have an item that you can not get unless you spend 20 hours, you can justify that if you are an adult, you can not get 'it is not a big deal not to get that item', but the child wants If you think about it, you can not easily make up for it. For example, in the case of a charged item such as a battle pass of 'Fort Night', all players are 1 even though some players think that they will pay about $ 10,000 (approximately 1,100,000 yen because they have money). Hodent claims that you can't pay $ 10,000. If the game is targeting children, Hodent said, you need to think more deeply about the game's fairness.

It's very difficult to do ethical and fair game design, but you need to figure out who is the target of the game you're developing, Hodent said. Hodent cites Nintendo's Animal Forest as an example of ethical game design for children. The Animal Cross is designed so that if a player does something they should do, they will not do anything after a certain amount of time. This is a design that does not reward playing the game for hours, and Hodent points out that taking at least a break is not a negative factor for the players.