In the 20th anniversary of the movie 'Sorry to find an apprentice witch apprentice' and the flash short animation 'Ojamajo Doremi Comedy Theater' etc. 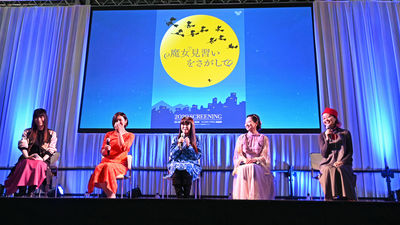 In commemoration of the 20th anniversary of the magical girl anime ' Oja-Kiki Dori ', which has been developed since 1999, One of the announcements is the new flash short animation 'Oja Witch Doromi Comedy Theater', in which 5 people have shrunk to second-class parents. All 26 episodes are scheduled and the first episode is being delivered. The second episode will be released on Sunday, April 14th, and will be released one by two every two weeks thereafter. The five episodes of MAHO do appear in the first episode, but Hana, Majolica and Pop also appear in the future. In addition, Tetsuya Kotake, Reika Tamaki and Masaru Yada, who entered the top 3 in the classmate popularity poll conducted in advance, will also appear.


In the corner titled 'Memories', I looked back on memories of those days, seeing the visuals of the two films, from No-mark (First-term) to Nai Sho (5-th-term). According to Seki producers, the two films ('Movie Ojamajo Doremi「 '' Movie Motto! Ojamajo Doremi: The Secret of Frog Stone ') are both less than half an hour, and the movie shown to girls at that time is It was said that it should not be long.

There was also a reprint of ' Ojamajo Doremi Memorial Album Complete Edition ' useful to look back on this long-term series. As this book is covered to the information such as the staff, it is a product that Seki producer may use as an ancho.

In addition, the publication of the latest 'Light Witch Series 20's', a light novel series depicting the appearances of the TV series and beyond, is also decided. It will be released in the summer of 2019.

And, the popular “Oja Witch Doromi” collaboration cafe will be held in Tokyo and Osaka in the summer of 2019. The cast also visited, and Matsuoka-san's impression is 'Majorika type drink is shocking!'. Many of the menus are supervised by Seki producers, and the kind of staff who understand Oja Witch. In addition, from the results in Japan, in Korea in February 2019 the permanent collaboration cafe ' Sweets House MAHO do' seems to have opened.

LINE stamp 'Oja Kiki Dorumi 2' will also be released from March 23 (Saturday). There is no voice, but according to Seki producer, if the number of sales increases, it can also be voiced.

Last but not least, it was announced that the movie “Seek for the Witch Apprentice” will be produced, with the original staff regrouping. It will be released in 2020. This is the kind of 'super-special' video that has been released.


The visuals also depict 'The Witch' other than five. Producer Seki talked about growing with fans, thinking that it would be possible to create the world of 'one day' again. 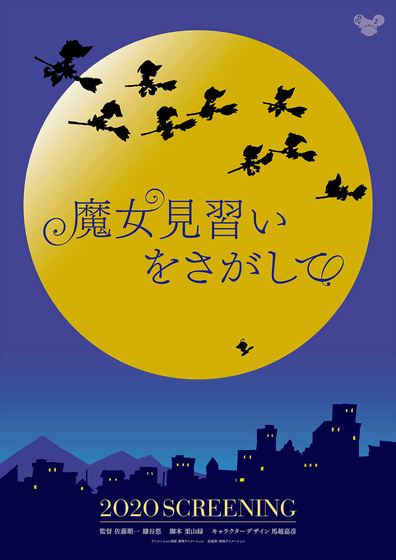 In addition, the 20th anniversary as 'Oja Witch Dormit' is 2019, but Mr. Chiba follows '# 's 20th anniversary' as a nice follow. It is still necessary to watch how the series that will make us feel the momentum after 20 years will develop in the future.