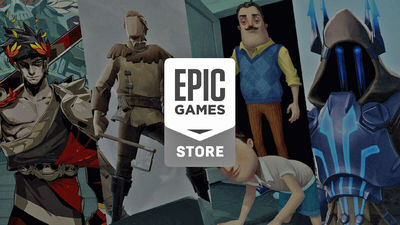 Epic Games , a developer of the popular battle royal game " Fort Night " and the game engine " Unreal Engine 4 " adopted in many latest games, has its own store " Epic Games Store " for PC games in 2018 I will start from December. In order to play games purchased via the Epic Games Store, it is necessary to use the software named " Epic Games Launcher ", which turns out to be collecting secret data from rival service Steam, which is a big one. It has become a problem, and Epic Games has developed into a promise of refurbishing Epic Games Launcher.

Steam, a competitor service of Epic Games, creates a file called "config \ localconfig.vdf" on the user's PC that stores property information in order to collect user's friend information and game play history. Epic Games Launcher has revealed that it was secretly collecting "localconfig.vdf" that this Steam is using to collect user information, a voice of criticism from Internet users will spout You are After discovering that Epic Games Launcher was stealing Steam data, Daniel Vogel, vice president of Epic Games, "imported Steam friends and localconfid.vdf with explicit permission. However, this file information is sent to Epic Games only if you choose to import Steam's friends, then only the friend's hash ID is sent and no other information is sent from the file. " I said that. 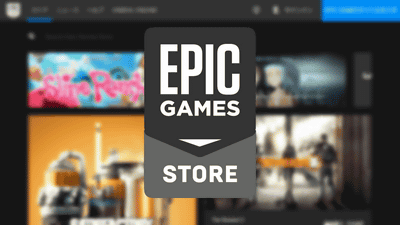 After that, Tim Sweeney, founder of Epic Games, has declared launcher modifications on Reddit , an overseas bulletin board. Sweeney said, "The opinion that the localconfig.vdf file should be accessed only when the user chooses to import a friend on Steam is correct. The current implementation is the early days of Fort Knight social We've left what we created in a hurry at the time of feature implementation, which is a mistake I made as I pushed the launcher team to immediately support social features, so we're going to fix this soon And commented.

In addition, Epic Games Launcher does not use the Steam API to address security and privacy issues by minimizing the number of third party libraries, Sweeney explains.

"We are investigating the details of the Epic Games Launcher collecting information from Steam," said a spokeswoman for Valve, the company that runs Steam. The Steam client is a game owned by the user. Store data locally such as lists, friend lists, saved login tokens locally on the user's personal data, stored on the user's home computer, for use in other programs, etc. It is not intended to be uploaded to a third-party service, "Epic Games accused of using Steam data in an unintended manner.

In addition, "interested users can find localconfig.vdf and other Steam configuration files in the Steam client installation directory, and if you open these data in a text editor, the data contained in the file will be I can confirm it and comment.

In addition, it is also possible to display all the data related to your Steam account, and if you access the following page, it is OK.