A fierce boy who made a camera with 10,000 years ago lens as a lens appeared, and only one minute can be taken actually 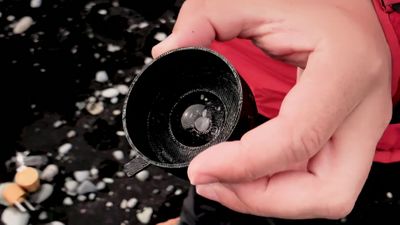 If you make transparent ice in the shape of a lens, it is possible to collect sunlight like a magnifying glass to make a fire, but as it becomes a lens of a camera, it is much more accurate than a lens that collects light for causing fire Purity is required. Making making lenses of such cameras with 3D printers, Japanese made ice boxes, and ice taken from glaciers has been released.

In the following movie, you can see the state of actually making a lens with ice and the movie shot with that lens.

I made a CAMERA LENS with an ICEBERG - YouTube


It was French photographer Mathieu Stern who made the ice lens. Stern, who is not only a professional photographer but also a man of the lens, is "Weird Lens Guru (a weird lens expert)" that both authors and others can admit.

The idea was born two years ago when I thought that "If you can collect photos with glass lenses and take pictures, you should be able to do it with ice".

The main body that supports the lens ball was created with a 3D printer.

It is the Japanese-made ice-making machine that makes ice lens. Form the ice with a metal mold. 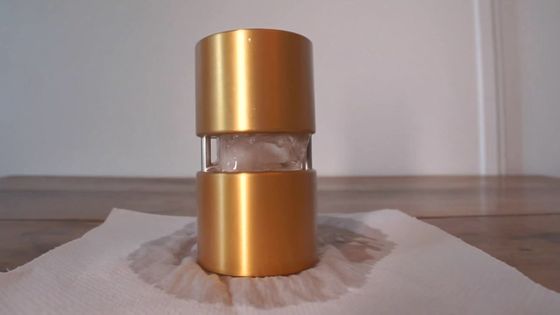 The finished ice will be hemispherical.

The ice used for the lens decided to use Icelandic glacier ice that the ice molecules stabilized over 10,000 years.

At the edge of the lake at Jökulsárlón lake in Iceland, the crushed glaciers are washed in the waves.

Stern firstly picks transparent ice from the edge of the beach and collects it ... ...

Set in an ice maker.

It takes 45 minutes for the ice to melt and become a lens. The first four failed, and the last one, made over 5 hours, became a safe lens.

Stern who will attach the lens to the body at once. Because the ice lens melts, the lifetime is only one minute.

The picture that I took was like this. Unlike a lens made with modern technology, it becomes a blurred picture as expected. 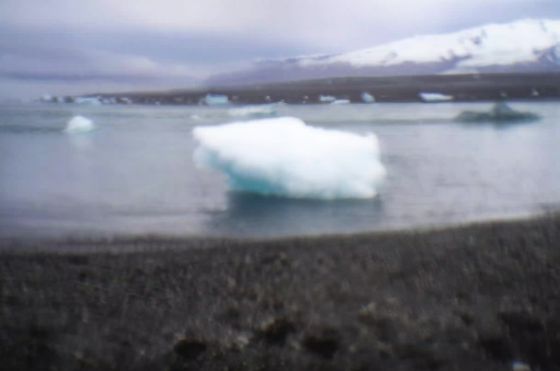 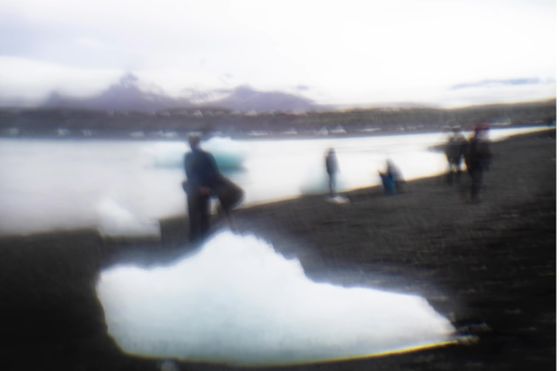 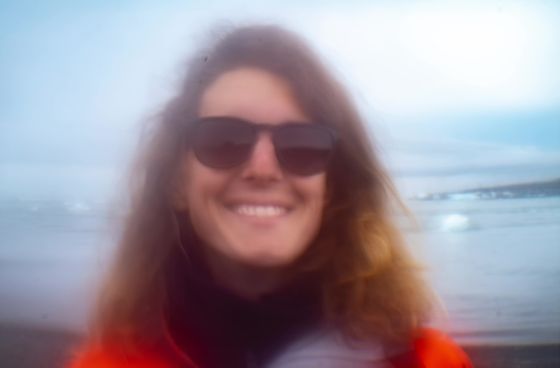 Still, Stern says that the photographs taken with the ice of one thousand years ago in the world was a beauty that strikes the heart.