How can we deal with 'intrusion thinking' which imagines violence and inappropriate sex etc in the head? 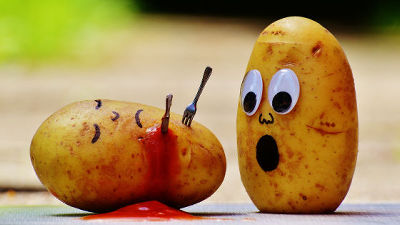 It is called " intrusion thinking " to think of unpleasant and malicious contents such as "throwing away children from the bus", "sex act with minors" and "jumping out before the train". Intrusion thinking can not be stopped even if you understand thought content is unpleasant. It is explained by Prof. Simon McCarthy-Jones, who studies clinical psychology and neuropsychology at the University of Dublin Trinity College, to see how intrusion thinking affects human's mental health and how to deal with it .

Unwanted unacceptable thoughts: most people have them and we should talk about them theme
https://theconversation.com/unwanted-unacceptable-thoughts-most-people-have-them-and-we-should-talk-about-them-112245

◆ Intrusion thought is usually to have Intrusion thinking mainly refers to inappropriate thinking such as aggressive, sexual, blasphemy, etc. In the research results announced in 1978 , " research on violence during sexual intercourse" "toss away children from the bus" "train It jumps out before "was reported.

In subsequent investigations, many of the human intrusion thoughts are about violence and sex, and it turns out that many people have intrusion thought. When I asked people in Africa, Asia, Australia, Europe, North and South America the question "Do you think of intrusion thought?", 90% answered "Yes" . In another study, 60% of the subjects surveyed had the experience of thinking "to get the car out of the way", 46% said "hurt the family", 26% said " and I thought that "to inflict a mortal wound press has answered . Although it is relatively few, 6% imagine sexual activities with animals and non-human beings, 19% of men and 7% of women have experiences of sexual intercourse with children and underage .

Such intrusion thinking also occurs in the head of people who think that content is "unpleasant" or "horrible". The reason why people experience intrusion thought is unknown, but in one opinion it is said that brainstorming through intrusion thinking helps solve problems. Also, evolutionary psychologist David Bath says that many intrusion thoughts are sexual and aggressive, "Our big brain specializes in psychological circuits in particular, and this circuit is a specific problem We will lead a solution called murder against you. " Meanwhile, arguments are sometimes discussed from a cultural point of view "fatherhood society promoting hostile sexual thoughts against women".

Research on the field of intrusion thinking has not been done enough yet and it is one of the reasons why many studies that exist at this stage are targeting college students is also the reason why conclusions of research are incomplete It is.

Is it possible to punish your heart? There is a problem as to whether it should be punishment that the intruder thinking that seems uncomfortable even by himself has been held. Legally speaking, since people can not be hurt by just thinking, in many countries the law "human beings can not be punished by thinking" is enacted. Also, if "thinking" is criminalized, all people in this world will be criminals and people will be punished for differences should go wrong.

However, with the advent of social media, "spoken words of thinking" is no longer legally protected. Speech is no longer considered to be " a crisis that is there right now " and it is considered to be a harm to other people. Disclosure of unpleasant invasion thinking is also very likely to hurt himself.

Humans are creatures trying to increase their superiority and lower the superiority of others, but social media has a mechanism to effectively destroy people's position. This mechanism can quench people who have abused power, but on the other hand it is possible to target malicious attacks with deliberate misunderstanding and anger of lies. This means that the truth which is hard to be recognized by people is shifted to the dark web and the image of "human" which does not resemble the reality is left behind in the mainstream. 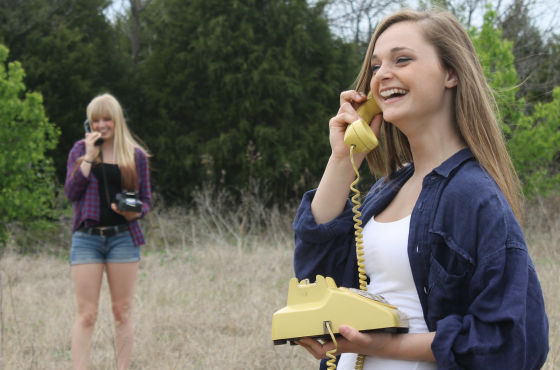 Also, the idea that "having intrusion thought is abnormal" is hurting people's mental health. Contrary to my own intention of thinking intrusion reflects one's own characteristics and if you think that you have a responsibility to hold intrusion thoughts, you may think that you should punish yourself . However, such a state conversely leads to frequent consideration of intrusion thinking, and it is possible to cause obsessive compulsive disorder (OCD). Though it is said that "Confusion of thinking and action (TAF)" occurs in the process of people becoming OCD, thinking that "inappropriate behavior in their heads is what they are trying to do" It corresponds to TAF. In order to avoid such a situation, it is important to discuss publicly and openly about intrusion thinking, McCarthy-Jones says.