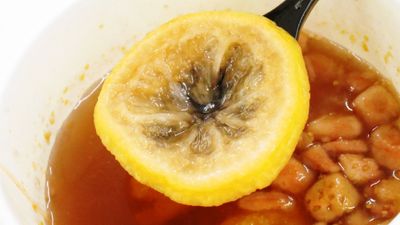 Hot tea " MACHI café Lipton Good Inn " which contains plenty of lemon and orange in hot tea from " Lipton (Lipton)" has appeared in Lawson since February 26, 2019. " MACHI cafe Lipton fruit in tea " (ice tea), the first collaboration that appeared in the summer of 2018, gained popularity to sold out in only 2 days, and it was twice resold. I felt like what kind of taste it would be if such fruit tea became hot, so I went to Lawson 's shop and bought it. When ordering a new drink at once at a cash register, a clerk quickly makes it at the back of the "MACHI café" counter. 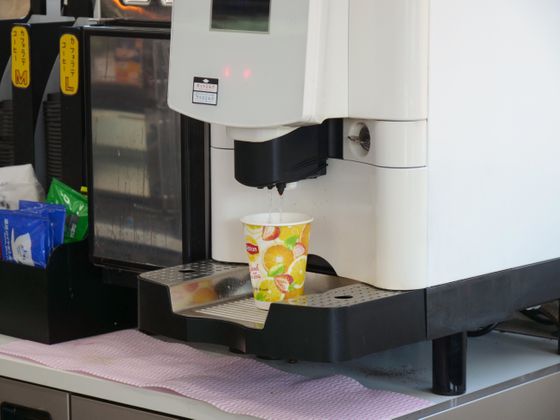 That's why I bought it. 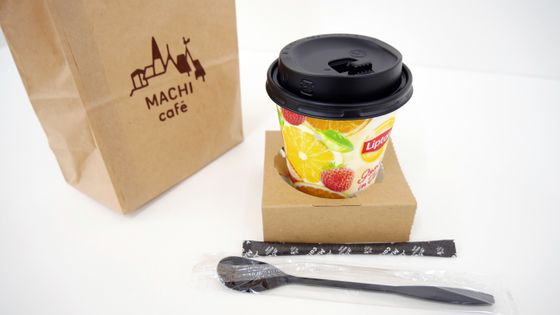 Opening the lid of the cup, the fragrance of lemon rises with warm steam. 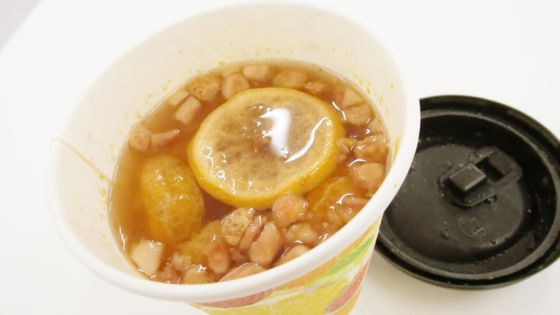 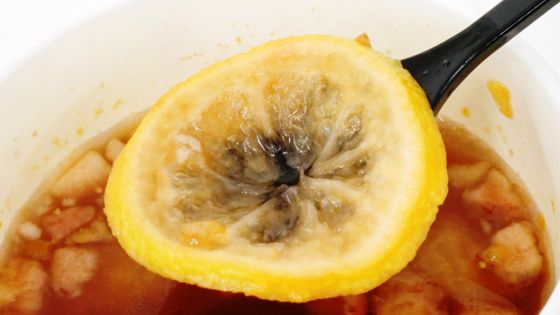 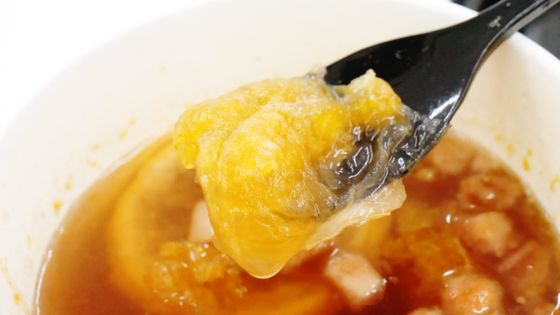 Ichigo is included. When you drink a bite, the soft acidity of lemon and slight bitterness blend into the hot orange with orange's gorgeous fragrance, so it looks like a warm lemonade and it gently sticks to your body. There was a sweetness of a small fruit and honey, so I felt it was sweet enough without having to bring in the stick sugar I got. When you eat strawberries floating on the surface of tea, the fresh meaty texture of the pulp and the fresh sweet and sour taste of strawberry spread in your mouth. 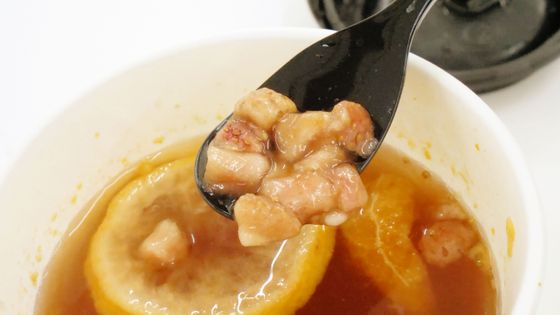 When crushing the orange which was sinking at the bottom by the back of Madler, the flavor of oranges further deepened and enjoyed fruity tea until the last bite. 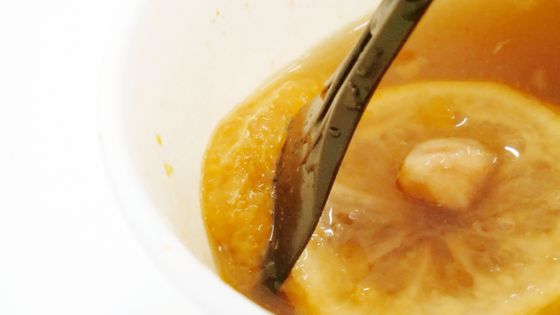 "MACHI café Lipton Good Inn" can be purchased at Lawson stores nationwide, and the price is 380 yen including tax. However, please note that it is not handled in stores that do not introduce "MACHI cafe".