Even if the tissue is cut, the brain may connect wirelessly 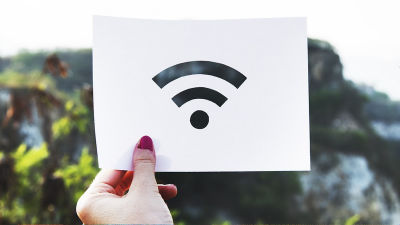 Experiments using the mouse brain showed the possibility to connect wirelessly from one neuron to another neuron even if the brain tissue was cut. Researchers see the brain communicating in a completely new way not confirmed so far.

Discovering a new form of communication in the brain The Daily
https://thedaily.case.edu/discovering-a-new-form-of-communication-in-the-brain/

In the past, neurons have been considered to be communicating in three ways: " synaptic transmission ", " axonal transportation " and " gap coupling ". On the other hand, scientists have observed electroencephalogram measurement that a weak electric field occurs when many neurons fire all together, but this activity has been thought to have little effect on neural activity because it is very small . However, Professors Dominique Durand and others who conduct research on medical bioengineering showed the possibility that the brain is taking communication in a way that the brain has not known so far by the electric field. "We still do not understand the" So what? "Section of this discovery, but I am very excited about the fact that this is a whole new way of communication in the brain," Durand said It is.

Durand et al. 'S research team conducted experiments conducted in vitro , that is, under conditions such as in vitro . Slicing the hippocampus extracted from the mouse's head and observing the brain waves showed that the periodic activity of slowly brainwave was generating electric field. This electric field activates neighboring cells one by one, and it seems that communication of the chemical substance through synapse and communication of the nervous system which does not perform gap coupling are constructed.

What is surprising is that this communication will be established even if the tissue of the brain is cut. Even though the sliced brain fragments were placed physically adjacent, the electric field seems to activate the neurons. "Two sliced tissues were attached again, but when observed with a microscope, there was a clear gap there," the researcher says.

The research results announced by Durand et al. Are somewhat unbelievable to the general public, but the judging committee of The Journal of Physiology says the same, "It is necessary to complete the experiment once more in order to post the thesis" He said that. Mr. Durand repeated the experiment carefully according to the judging committee, but again, the conclusion was the same. The brain waves become relatively slow even in the hippocampus and cerebral cortex of a sleeping human being, but why such a thing will happen is not yet clear now. "These brain waves have been known for many years, but no one knew exactly about their function and I did not think they would propagate spontaneously." "I have a small part of the brain called the hippocampus I've been researching for over 40 years, but the discovery this time is surprising. " To understand whether a new form of communication confirmed in the mouse brain is similarly done in the human brain, many studies are necessary in the future, but similar communication is also found in the human brain Researchers are looking at possibility.