In 2018 the first renewal achieved, in addition to the "Chicken Tatsuta" reborn McDonald's in refreshing ginger soy sauce flavor, is a Korean seasoning red pepper paste was combined Amakarai sauce and white cheddar cheese, which was based "Chikintareta" is 2019 Appeared on February 13th. In addition, two kinds of " ginger sauce sauce source " and " horse spicy cheese sauce " which reproduced the taste of chicken tata and chicken tenta were said to be offered for sauce for chicken mac nuggets, so I tried it actually.

Which one are you from? Newly refreshing ginger soy sauce "Chikenta tuta" Umayaki no yaku "Chikentareta" appeared in the morning Mac! Limited sale from Wednesday, 13th
http://www.mcdonalds.co.jp/company/news/2019/0207a/ Chicken Tutta and Chicken Talta were appealing at the shop front. This time I will order chicken tareta which is a new menu. The box of chicken tareta looks like this. On each side is written "ta" "le" "ta", and on the top is marked with "flame". 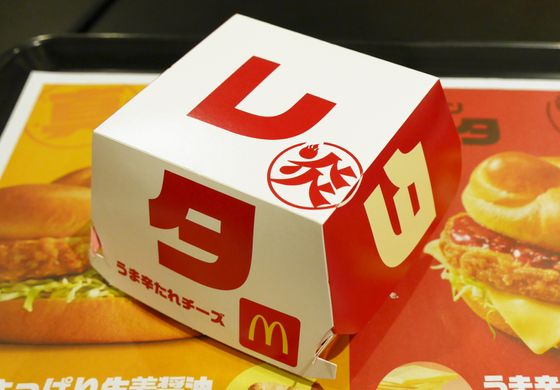 Chicken tareta is like this. The same fluffy buns as chicken tarta are used, with red saga on top of chicken patties and shredded cheese and cabbage on the bottom. 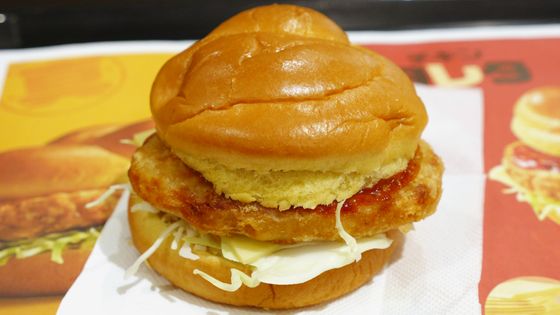 When turning over the buns, plenty of shiny sauce is painted on the patty. 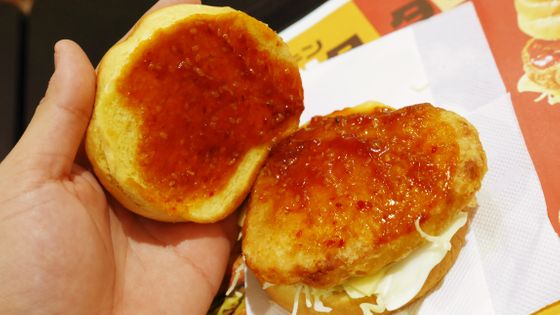 When I turned the chicken patties further, the white cheddar sliced cheese and the cabbage shredded strip were sandwiched. 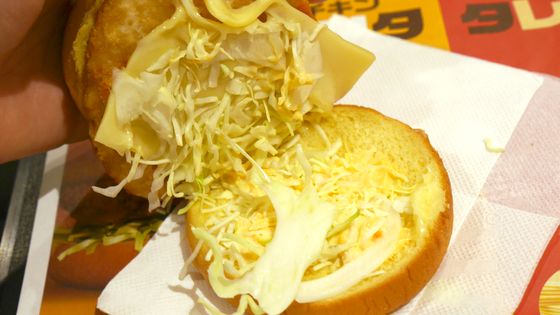 I will eat it at once. It was a sauce based on red peppers miso paste sauce, but before we ate it was supposed to be a spicy and exciting spicy, but in fact the degree of warming the inside of the mouth dullly. Thanks to the honey contained in the sauce, even people who are not good at this difficulty are likely to eat enough. For white cheddar cheese sandwiched against thick rice crackle sauce that garlic punch was added to rice which seems to be a miso, it is not felt so much assertion and after eating it seems that cheese was caught ... ... It was a blurred level. 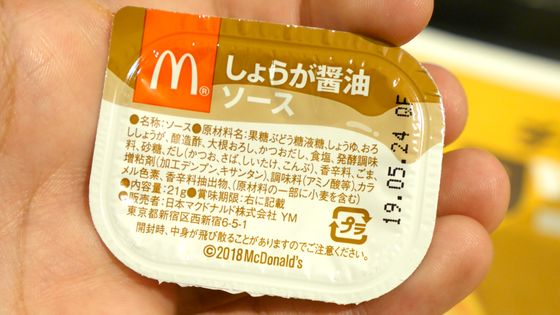 When opening the lid it looks like this. The rough sauce contains grated ginger and radish rough texture and sesame seeds, it looks like a Japanese style steak sauce. 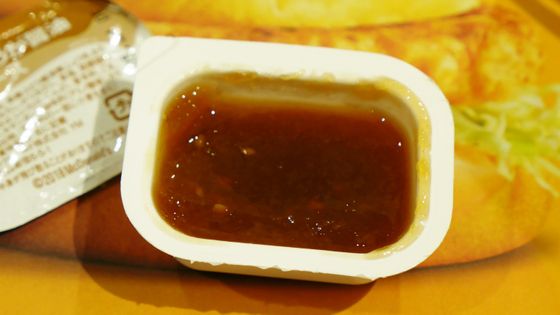 Once you put on a nugget and eat it, the strong flavor of ginger and the savory taste of savory spread to your mouth. It is refreshing aftertaste thanks to sourness like ponzu and it is also compatible with greasy nugget. 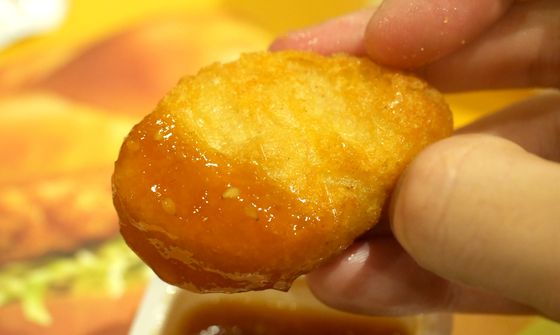 Horse spicy cheese sauce was different from red sour sauce of chicken tata, it was a little orange cream feeling. When I tried eating with a nugget actually, I felt a bit of spicyness that was slightly tangier than Tareta. Not only spicy but also the taste of cheese is felt much stronger than Tareta and the taste better suited than the expression "taste" rather than "reproducing" the taste of chicken tareta. Because there is quite a punch, it may be ant to dip potato as well as nugget. 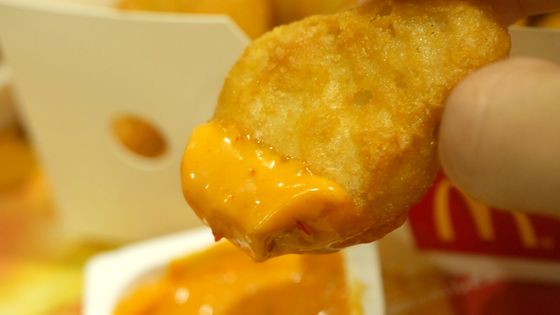 Chicken tarta and chicken tatta, chicken mac nuggets ginger sauce sauce and horse spicy cheese sauce will be offered from McDonald's nationwide store for a limited time from February 13, 2019 to the beginning of March.