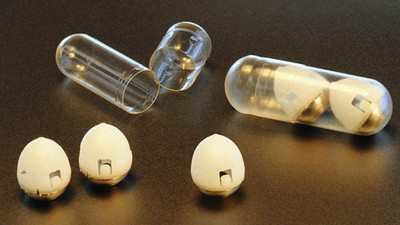 Due to its nature, insulin used for the treatment of diabetes is not sufficiently effective even if it drinks from the mouth like ordinary tablets, so it was necessary to inject it directly into the body with a syringe. A new capsule "SOMA" that can insulate such insulin "can be administered only by drinking" was developed by researchers at the Massachusetts Institute of Technology (MIT) and Harvard University. Insulin is a hormone secreted from the pancreas and has a function to lower the glucose concentration in the blood. If this secretion function of insulin declines or insulin's effect becomes worse, hyperglycemia causes diabetes that causes various complications. Therefore, depending on the symptoms and progress of diabetes, it is necessary to administer insulin regularly from outside the body. Insulin is a type of protein, even if it is orally administered, it is decomposed quickly in the digestive system and can not obtain the effect, so it is common to be administered by subcutaneous injection. However, insulin and syringes require appropriate management, and some patients reluctant to undergo injections in public, so development of an insulin administration method that is less burdensome on patients is continuing. What is an epoch-making capsule that can drink insulin just by drinking? You can understand well by looking at the following movies. 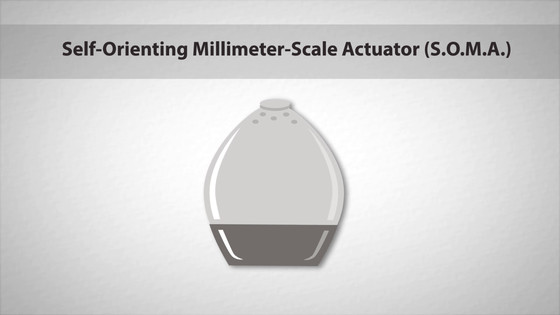 SOMA rolling through the stomach as it is swallowed ... ... 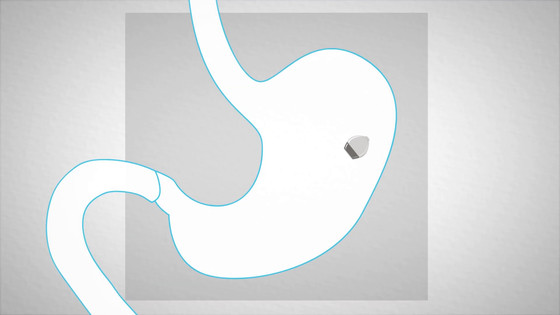 Inject the insulin to the top layer of the stomach wall. 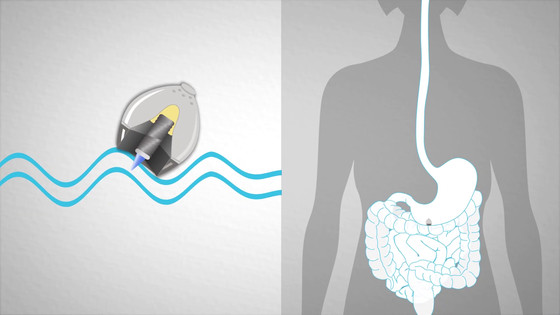 The shape that the top is sharp and the bottom part is flat seems to refer to the leopard tortoise . With this shape, even if the stomach moves and the SOMA rolls, the top and bottom will always be in the correct orientation by gravity, and the needle built in the SOMA faces downward. 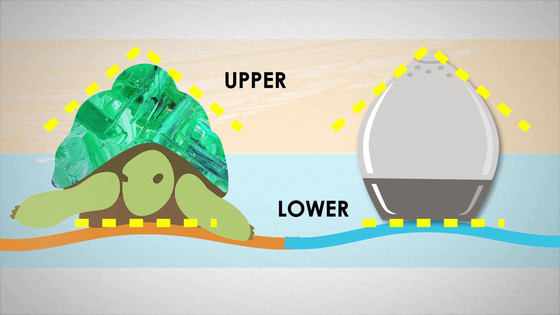 A needle made of lyophilized insulin is stored in a capsule with a biodegradable spring. The needle is fixed by a stopper made of sugar, but when the stopper melts due to the moisture in the stomach, the needle jumps out and insulin is injected into the stomach wall. There is no pain receptor in the stomach wall itself, so it seems that it does not hurt even if it is stabbed with a needle. SOMA arrives at the stomach in 1 second after swallowing, the injection needle jumps out in 1 minute and all insulin is designed to be completely released into the blood stream in 1 hour. 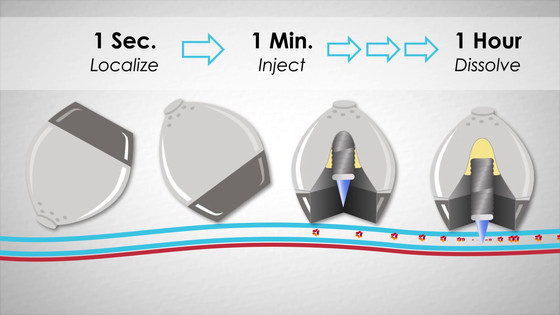 The SOMA 1 grain is very small, and if you align it with a 1 cent coin with a diameter of 19.05 mm you can see its size well. Of course, capsules after administration are discharged directly from the intestine. 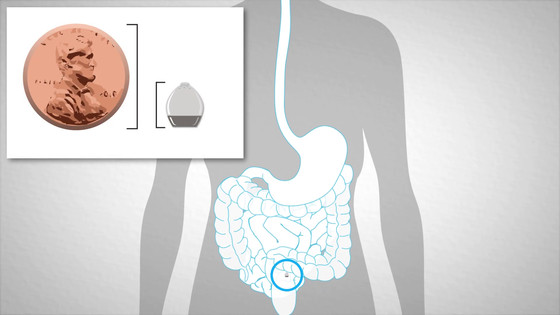 It is said that SOMA administration experiment has already been done for swine and succeeded in 300 microgram insulin administration. The administration dose of insulin can be increased to 5 mg, which is comparable to the amount administered to patients with type 2 diabetes, so it can be expected that practical use is sufficient. Also, looking at changes in blood insulin concentration and blood glucose concentration, it was said that even when administered by SOMA, insulin effect could be confirmed to the same extent as when administered by subcutaneous injection. The research team says that by using SOMA it is possible to easily orally administer a variety of medicines such as vaccines, DNA preparations, enzymes, hormones, and immunological antibodies besides insulin.