The picture of 'the entire moon seen from the back side and the earth', a small satellite for lunar exploration in China is the first shot 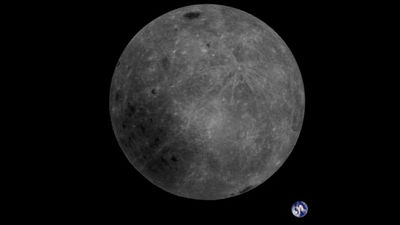 In January 2019, China successfully landed the spacecraft landing to the backside of the moon for the first time in human history. Small satellites for lunar exploration are joining together for the launch of the satellite which was sent to the lunar orbit in order to relay the spacecraft and the earth, and the satellite has joined together this time "The whole moon seen from the back side and the earth "It delivered a picture of the frame together in the frame to the ground.

Our precious Earth and the lunar far side - Dwingeloo Radio Telescope | CAMRAS
https://www.camras.nl/en/blog/2018/precious-earth-and-lunar-far-side/

"Yongjiang Ichigo" (Yongjiang Ichigo · DSLWP-A) and "Longjiang 2nd" (Longjiang 2nd · DSLWP-B) are satellites, Bridge Bridge It is a small lunar exploration satellite developed by Harbin Institute of Technology, which was launched by a joint ride. It was launched in May 2018 prior to the 4th issue, but after the launch, Longjiang No. 1 broke down, and Longueang No. 2 is operated independently.

There are optical cameras made by Saudi Arabia on Longjiang No. 2, and in August of 2018 we are shooting visible light images of the moon surface.

Pictures taken can be seen together on the following page.

There are some pictures with noise, but also the pictures of the moon and the earth reflected clearly like this. 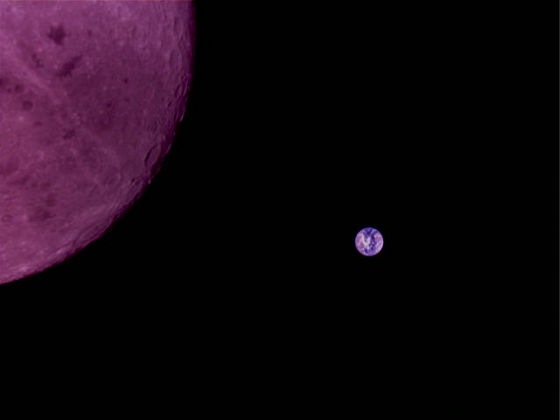 When Ming Chuan Wei full-color corrected picture it is like this. 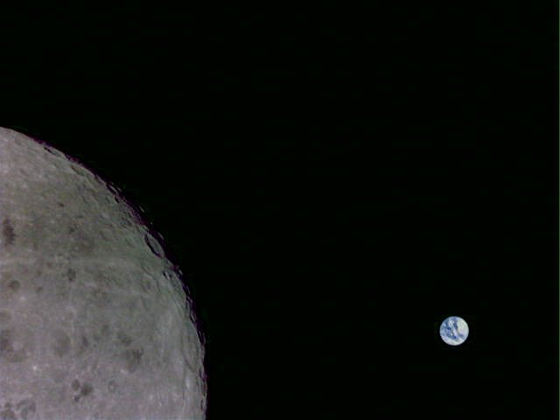 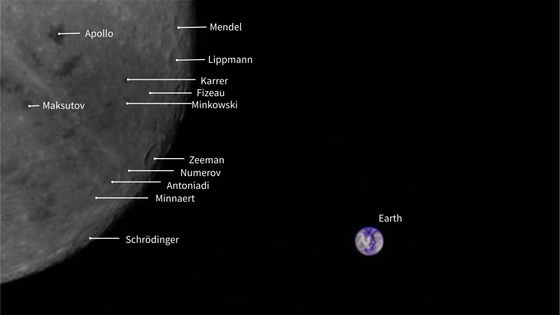 Harvin Industrial University which developed Longueang No. 2 and the Dwingelope Observatory of the Netherlands cooperated and tried to shoot this time, which was filmed this time "the whole moon seen from the back side and the earth". There are pictures of the back of the moon and the pictures of the moon and the earth together, but this is the first time that this "the whole moon seen from the backside and the earth" is the first.


More info at https: // This photo of Earth and the Lunar farside, maybe our best ever, was taken yesterday by the Chinese Lunar satellite DSLWP-B (Longjiang-2). The Dwingeloo telescope downloaded the photo from the satellite this morning. t.co/sKt7w9mol9 pic.twitter.com/IsnyvqekTz


嫦娥 It was on February 3, 2019 that the first opportunity for photography was visited because Longjiang No. 2 stopped the radio wave until January 13, 2019 so as not to disturb the landing mission of No. 4. It was said that on February 4, 2019 the reception was successful at the Dwellingel Observatory.