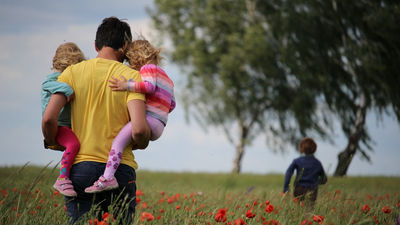 When I conducted an experiment "I quit Facebook for one month", I found that the result of improving the quality of life became to participate in various activities in real life. However, on the other hand, it took less time to touch topics such as current affairs issues and politics, and there was also a tendency to become disagreeable with news. This Is Your Brain Off Facebook - The New York Times
https://www.nytimes.com/2019/01/30/health/facebook-psychology-health.html

A team led by Hunt Olcott, an economist at New York University and Professor Matthew Gentskow of Stanford University, advertised on Facebook to cooperate with experiments to investigate "the impact of touching social media" We recruited people to do. The target was 2,844 people who complied with the condition that they stopped using Facebook for 4 weeks with a remuneration of less than 100 dollars (about 10,000 yen) out of users over 18 years old who use Facebook for 15 minutes or more every day. On average for participants, Facebook usage time was 1 hour per day, heavy users were 2 hours to 3 hours a day.

In order to make sure of breaking the use of Facebook surely, participants have been " punished temporarily " of the Facebook account, confirmed whether the profile page has been periodically pinged and resumed using the account It was.

As a result of this experiment, we found that the time spent by participants with their families and friends and the time spent on other reality activities increased, and the subjective happiness degree improved. Also, after the experiment was finished, "Temporary unlocking" of Facebook was solved, but it seems that Facebook's use time has drastically decreased compared to before.

On the other hand, as a "negative result" seen in the experiment, it is mentioned that there were many people who became disliked by news such as political problems. This is because we have not touched the news on Facebook until then, because we can not use Facebook, we will not be seeing other news media for the time we were touched the news until then It seems.