I tried 'Rakugo Champion' with Ringer Hut, 'Soy Sauce Champin' with plenty of umami with vegetables and a hohoro and soft pork belly 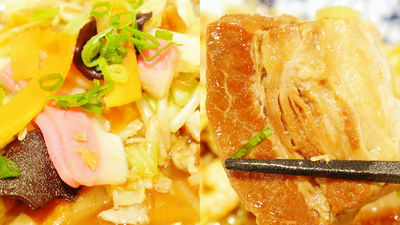 From January 15 (Tuesday), 2019, at " Ringer Hut" specialty shop in Nagasaki Champagne, " Sauce Champon " and " Hakugaki Champon " appeared for a limited time. Pork belly, which is one of the traditional dishes of Nagasaki, Japanese dishes such as "Soy saucepan" which fragrant oil blended with five kinds of scrapes and "Japanese taste dish " I tried to eat actually what kind of taste "Hakugaki Champon" I used was. We ordered "Soy saucepan" and "Hakugaki Champon" and it was provided in about 10 minutes. On top of the noodles are plenty of varieties of ingredients such as carrot, cabbage, moyashi and blue onion, plus shrimp, pork, spinach, kamaboko, chikuwa and corn. The soup is blended with oils using five types of chisel named Nuisetsubo, Iwashi Niba - bonito, Sabbath, Souda Naotoshi. When you actually drink soup, the soy sauce based soup is soaked in the delicious vegetable taste in addition to the seasonal seafood taste. 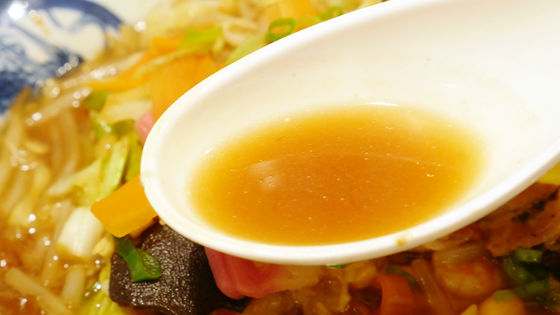 Noodle is a mochi texture and it fits well with soup of Assasserie eyes, which is also added with chopped ginger. It's perfectly compatible with crispy crunchy vegetables and kikuga. 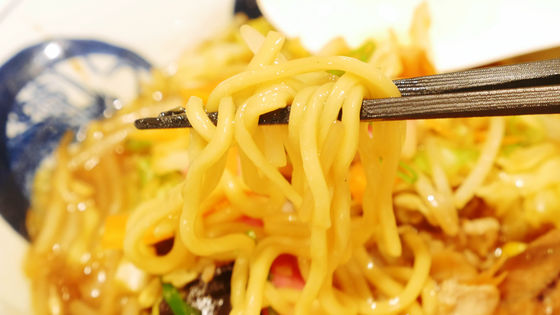 It was rich in ingredients like Nagasaki Champon and there was considerable volume feeling even if it was even full. 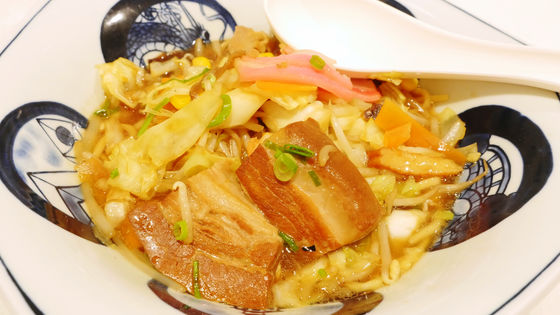 Basically the ingredients are the same as Soy Saucepan, but on the top there were two stewed boiled boiled pork boiled thoroughly. Try grabbing with chopsticks like this. A heavy weight is transmitted. Boiled cooked stew is so soft that it can be bitten easily with horror and teeth, and spreads sweet and sweet boiled soup in your mouth. Due to the corner boiled in, the soup which made use of the flavor of the bamboo grass was floating with more fat than Soy Sauce. 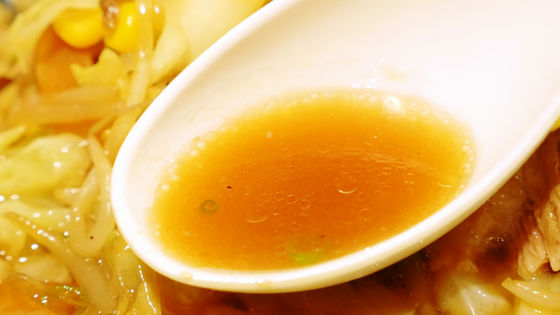 "Soy saucepan" and "Hakugaki Champon" are offered for a limited time until February 20, 2019 (Wednesday), and horse chestnut champions are limited in quantity, and soy sauce van is finished as soon as the material is gone. In addition, as for soy sauce sauce and kakuni champion as well, it is not being offered at some stores, so you can check shops which are not selling from the product page below.