Various letters are used in the world, so even remember that 'humanity is amazing' I thought that 'H' would be read as H or E, but when a police officer in Uzbekistan memorized my passport number, he said "N" without changing his face complexion. The common sense up to now has been overturned and the world has been expanded. If it is a Cyrillic letter used in Russian, H is "N". Since Uzbekistan was a member country of the Soviet Union like Russia, Cyrillic characters were used on a daily basis.

Hello, this is Takuya Sudo @ Charriderman who toured the world by bicycle . Cyrillic letters can be deciphered after training, but Thai letters and Arabic letters were refreshing. If you can not read the letters information will not come in from the eyes so learning languages will not be cheap. Hiragana, katakana and kanji that we use are also strange for foreigners. There were so many characters in the world.

◆ Europe, Caucasus
· Latin / Romaji (North America, South America, Europe, Africa, etc.)
Latin letters are used in English, French and Spanish which are the major languages of the world, and it is the first character to be seen abroad. I also call it Roman alphabet in Japan. It has also been adopted in Vietnamese which was Turkish and Kanji, which were Arabic letters because of the convenience of characters spread around the world. Originally it was a letter to write Latin, the official language of the ancient Roman Empire. It is based on Greek letters. Is not Latin letters made into the standard of the world a common natural existence in the life of the Japanese people? 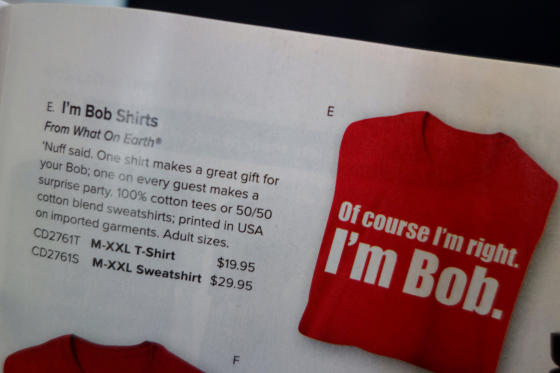 · Cyrillic letters (Russia, Ukraine, Belarus, Bulgaria, Serbia and others)
Greek Orthodox (Eastern Orthodox Church) has deeply influenced the birth of Cyrillic letters. First of all, Glagolitic letters were created to propagate the Greek Orthodox into the Slavic Sphere (Slavic region). This Gurugoru character was suitable for the notation of Slavic languages, but it was complicated. For that reason, Improve to bring it closer to the Greek letters later became Cyrillic letters. Cyrillic characters which have been popularized in Slavic spheres are still used in the former Soviet bloc, such as Russia and Kazakhstan, and the Balkans such as Bulgaria, Macedonia and Serbia. It is a Cyrillic letter that looks difficult, but the number of characters is limited. It does not fall into kanji. If you can decipher it, the vocabulary of slavic languages will increase, so we recommend you to remember it. · Greek letters (Greece, Cyprus)
Latin letters, characters based on Cyrillic letters are Greek letters. Characters of Greek or Greek Cyprus. The Greek letter is also a unit of physics and mathematics with gamma of gamma ray, π (pi) representing the piper, Ω (omega) which became a unit of resistance. Both α (alpha) and β (beta), which are the etymology of the alphabet, originate in Greek. It was thought that it was unreadable, but Γ is Latin letter G, Р is Latin letter R, and so on, since part was the same as Cyrillic letters, so it seems likely to be able to read it there if you train It was a character. · Georgian characters (Georgian / Georgia)
Georgia is the country of the Caucasus region between the Caspian Sea and the Black Sea, north of Iran and Turkey. It is called Georgia now. Georgian characters in this country were also unique. It is a soft rounded pretty character. · Armenian letters (Armenia)
Armenia in the same Caucasus region as Georgia also had its own character. It is similar to the Georgian character, but it has a stylish shape without a horizontal width. The letters of Europe, Caucasus have a classification of letter system of alphabet .

◆ Middle East
· Arabic script (Egypt, other Arab countries)
Arabic letters are used mainly in Arabic languages such as Egypt, Jordan, Saudi Arabia, where Arabic is the official language. At first glance it looks like an earthworm crawled. This is due to the fact that the principle of notation in the current Arabic script is continued to be written like an English cursive body or a Kanji cursive body. However, the basic one is independent of one character. In addition, the notation (right horizontal writing) that allows Arabic letters to advance from right to left is standard. Iranian Persian characters and Pakistani Urdo letters are also based on Arabic letters. · Hebrew letters (Israel)
Hebrew letters are used for the Hebrew notation of Israel. The same horizontal right as the Arabic letter is also standard here. It was rugged and angular letters. It is a fairly simple form among the characters in the world. ◆ Ethiopia, South Asia, Southeast Asia
· Gees characters (Ethiopia, Eritrea)
Gees characters are used for the official languages of Ethiopia Amharic and the official language of Eritrea Tigrinya. It is quite peculiar that there are characters similar to dancing dolls that appear in Sherlock Holmes novels. Once in the Kingdom of Aksum , the Ethiopia region is an important place to learn about world history, and unique letters rare in Africa were still used everyday. 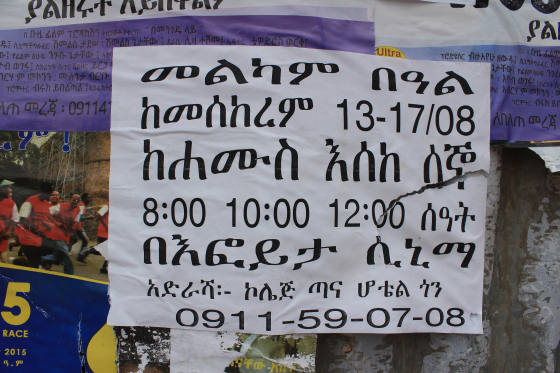 · Devanagari (India, Nepal)
Devanagari is a letter used in the notation of Hindi, the main language of North India and Nepali of Nepal. Character is characterized by the top of the letters connected by horizontal lines. Is not it an Indian-like character imaged by an ordinary person? However, in fact India has many words spoken and various characters are used. · Bengali letters (Bangladesh, India)
It is Indo-like character, but the Bengali character was more complex than the Deva Nagali line. It is a letter used for the Bengali word which becomes the word of the Bengali people . The Bengali country will be Bangladesh. Bengali letters are also used in the West Bengal state of India with Kolkata (Calcutta). It seems that Assam characters in Assam State in northeastern India will be almost the same as Bengali letters. · Malayalam letter (India)
In the Gulf countries such as the United Arab Emirates, Dubai, Saudi Arabia and Qatar, they are migrant destinations of South Asian countries such as India and Pakistan. The reception of a hotel in Oman was also a man in South Asia. Apparently I took a picture if I could not read the newspaper there, but it is a Malayalam character used in Kerala state in southern India. Characters were not connected and it was rounded. · Sinhala letter (Sri Lanka)
The Sinhalese expression of the Sinhalese who occupies the majority of the Indian Ocean island nation Sri Lanka is Sinhalese. There was a character similar to Atmark (@) and the frog's face. · Turner characters (Maldives)
The island country floating in the Indian Ocean Maldives also had its own character. It was such a strange letter that one character is two stories. · Thai characters (Thai)
Things are cheap, but there is no inconvenience. The country of Thailand was a backpacker paradise where the price and economic development were balanced. There is only one Thai letter wall, and if you do not get over it you will not acquire Thai acquisition. No information comes from the eyes. Because of that, I was thoroughly familiar with Thai language for the period I stayed. · Khmer character (Cambodia)
On the site, I could hardly decipher it with Thai letters from neighboring countries and I did not care little, but when I review the photo again it was another character. Impression that line is aggressive from Thai letters. 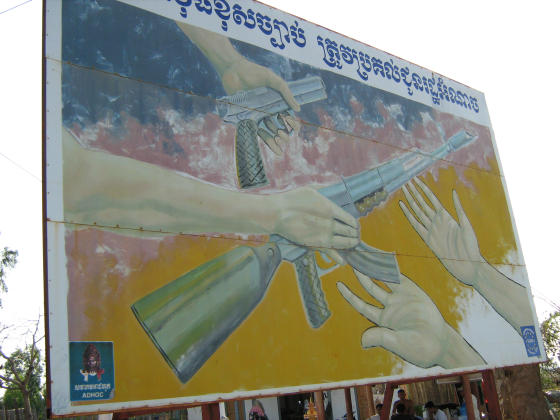 · Burma letter (Myanmar)
Myanmar's Burmese characters were like coffee beans arranged in a row. It is an entirely rounded letter. 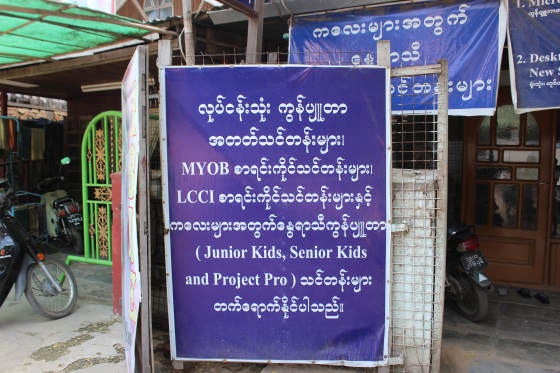 The letters in Ethiopia, South Asia, and Southeast Asia have a classification of the letter system called Abgida . 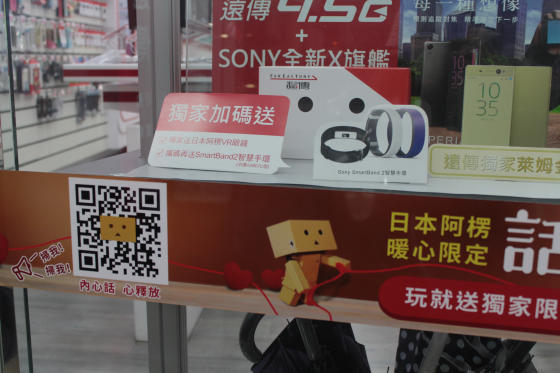 · Simplified kanji (China, Malaysia, Singapore)
On the other hand, the Chinese characters of the Chinese continent were briefly simplified. It is called Simplified Chinese. An image of a kanji that dieted to significantly reduce the number of strokes. It seems that Simplified Chinese is also becoming standard in public education and mass media in Singapore and Malaysia where there are many Chinese people. 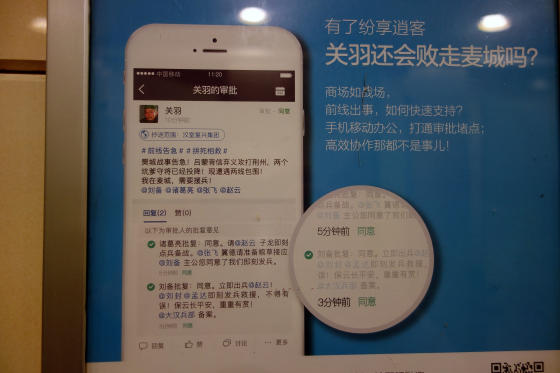 · Hangul (Korea)
It was the same kanji as Japan or China, but Korean characters are switching to Hangul. I can hear similar words because it is a neighboring country, but I can not decipher the letters. But this Hangeul is also interesting and Korean last name of gold (Kim) will complete a single letter "김" together with k, i and m which corresponds to m. The base was kanji ◆ World with a variety of characters <br> If you are interested in the world's characters, the enjoyment of one trip increases again. In the same way, this is the Georgian alphabet list. 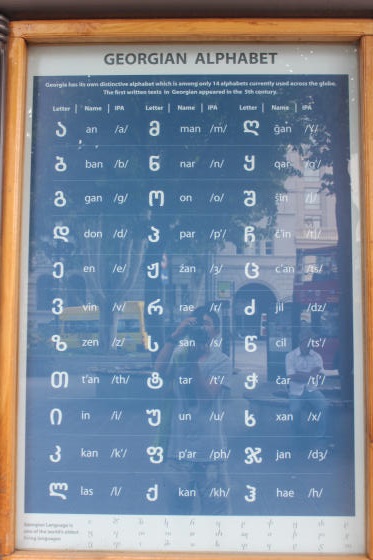 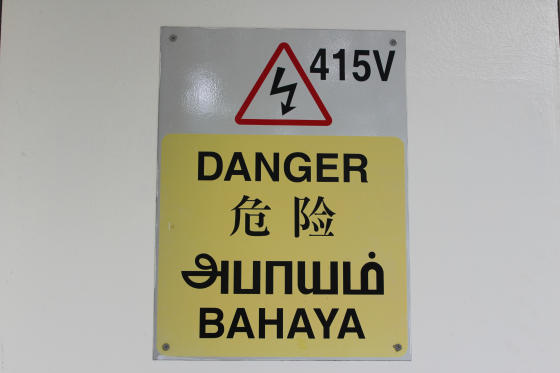 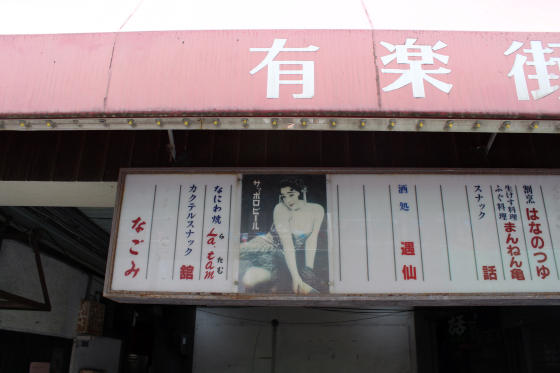 Farewell greetings written in various languages and letters of the world. Japanese is not "good bye" but "Bye bye, bye." It was the exit of Observatory of Burj Khalifa , the world's top skyscraper. 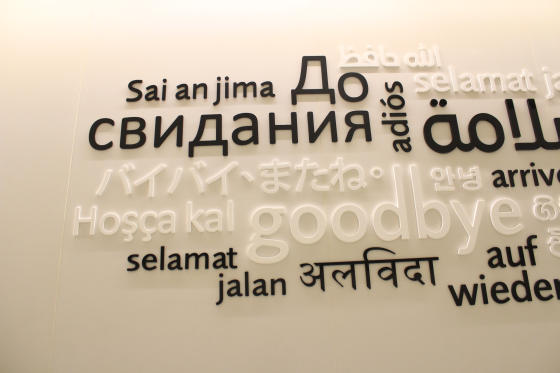 In writing the article, I studied various characters about each character, but my head seemed to be punctured. It was easy to complete the article with just introduction, just because we had collected rare characters in actual traveling, but I also wrote various things in addition to my own study. Thanks to you, I understand the mechanism of Abu Ghida that the vowel code decorates around the consonants of Thai characters that I have been slewing so far.

Although it may be unsatisfactory for the way, I think that it will lead to further study as a trigger to be interested in the characters of the world. The swamp appeared endlessly deep.

Since each character works as a matter of course in each country, we reach the conclusion that "human beings are amazing" again. If you are traveling abroad, please also pay attention to the characters of the world. Especially from Southeast Asia to South Asia, Caucasus was a treasure trove of original letters.