The secret of the unknown card design 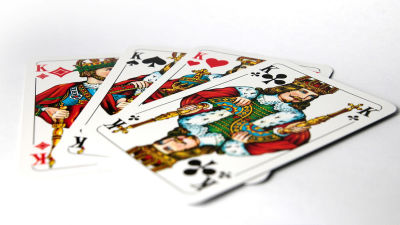 "Cards" used in card games and magic are not clearly known about their origins, but have been loved by commoners and nobles for more than 1000 years. It seems that the design of today's cards thinking it is commonplace became the current shape after various variations.

Where Did Playing Cards Get Their Symbols? - The Atlantic
https://www.theatlantic.com/technology/archive/2017/08/the-lost-origins-of-playing-card-symbols/537786/

Cards called "cards" in Japanese are commonly called "Playing Card" in Europe and the United States, calling cards is about Japan. Trumps seem to mean "trump cards", it seems that the name in the game has come to point to the name of the tool itself.

Regarding the origins of cards, there are various things such as cards of paper tiles similar to dominoes of China / Tang Dynasty, cards similar to Tarot of ancient Egypt, but both theories are oriented from the East to the West It matches in that it developed and developed.

Currently the most popular cards include four 'suits' of club diamonds, hearts and spades. In addition, the soot which is actually drawn on the card is called "PIP", and various symbols rooted in geography, history, culture have been designed. The four suits represent the four social positions of clergy (heart), aristocrat (spade), merchant (diamond), farmers (club). However, in the early German cards, "Bell" was drawn as a royalty of the falconer's bell more than the spade representing the sword, and in France the diamond stone used in the chapel of church The diamonds were not merchants but nobles because they were in the nobles' tombs, and it seems that the position of pips was different in Europe. Although the meaning of general suits was as described above, originally, since the wealthy person ordered the production with custom-made cards, which pips to choose depends on the taste and interests of the rich and the nobility It was said, Paul Bostock of International Play Card Association (IPCS) says.

Although the design of Pip went through a transition, the so-called picture card called Jack Queen King's "face card" did not change significantly for centuries. However, the design was also reflected in the design of the picture card, while in England and France the characteristics of the four great kings of Charles David Caesar Alexander were reflected in King, while Germany The exterior of the queen könig (king) · obermann (upper class) · untermann (lower class) which is the source of Jack was adopted or in Britain the British rule to consider King and Queen as equivalence in the era when the monarch is Queen It seems he was doing it. 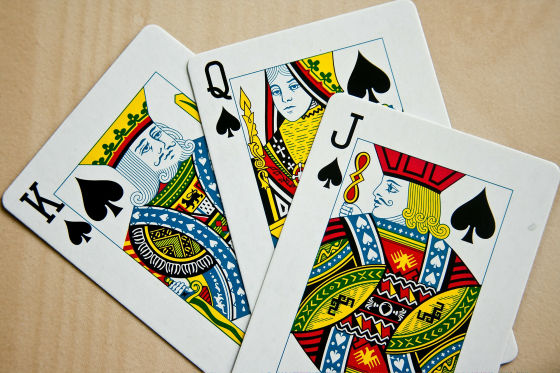 There are four different types of cards designed with different soot, unlike other cards when looking closely. For example, "Ace" only adopts big pips, unlike other suits, this is due to the fact that taxes were put on playing cards in the UK in 1765. Ace has a function as an indicator that taxes have been paid, it is said that forging Ace was a felony death sentence. With this contagion, the ace of cards has become a prominent design to this day. Among the kings that have four people, "King of Hearts" has the characteristic that it is the only king without a mustache, and that the sword is stuck in his head. Because of the sword of the head Heart's King is said to have another name "king of suicide". Printing technology has been developed and cards are now being printed from handwriting, but it was essential to replicate the original letterpress when woodprint typography was exhausted. However, due to mistakes made by craftsmen, copying may not be performed correctly, which may cause designs to change little by little. The thing that dropped the cannibal part by mistake and it seems that it is not drawn every time past the age and it seems to be "committing suicide" that there was someone's hand at the end of the sword and was aiming for the king The theory is cited as the cause of the King's character of Heart. 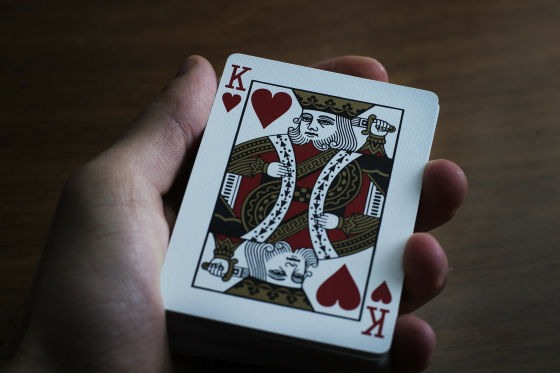 The "corner index" which is a combination of numbers and letters drawn on the edge of the card is a relatively new design invention which was born in 1864 and a patent was acquired. In addition, the so-called "wild card" such as the joker appeared for the first time in American playing cards in 1867, it was said that the British card maker followed in 1880. It is Joker which seems to be a representative card of cards now, but interestingly there are few games that adopt Joker as a rule, and Joker seems to be the only card lacking industry standards.