What is the way to get along with problems with dating 'psychopath' well? 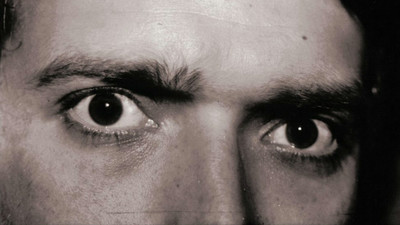 Worried you are dating a psychopath? Signs to look for, according to science
https://theconversation.com/worried-you-are-dating-a-psychopath-signs-to-look-for-according-to-science-106965

Psychopathy is classified as " anti-social personality disorder " in " International Statistical Classification of Disease and Related Health Issues (ICD)" published by the World Health Organization (WHO). Definition is a personality disorder that disregards social norms and the rights / feelings of others, tends to be disgusted, lying-filled behavior against people, and prone to violence. In order to diagnose that it is a psychopath, "psychopathy check list (PCL)" created by criminal psychologist Robert D. Hair is commonly used in general.

What you must pay attention to here is that "psychopathy" is a property that shows a tendency to have antisocial aspects, but it is never "not criminal". In fact, there have been examples of non-criminal psychopaths that succeed while adapting to social life.

In spite of being a psychopath, it is non-criminal, and on the contrary it turns out that there are cases in which it is socially successful - GIGAZINE One of the characteristics often seen in psychopaths is to lie to you pathologically. In order to hide my behavior and achieve the goal, I will lie various lies against people around me in whatever circumstances. Psychopaths are also considered to be good at the ability to study others' behavior, use the results successfully, and to move people. Studies on psychopath self-esteem and stress coping strategies suggest that psychopaths tend to put other people under their control systematically by crushing their opponent's pride and gradually confusing them .

Lack of moral ideas / guilt is said to be particularly difficult to deal with. A prisoner who has been diagnosed with psychopaths in prison was brain scan survey results According to the, is a part responsible for emotions such as moral and emotional anterior cingulate cortex activity was found to be less than usual. Furthermore, it has been discovered that the structure and function of several brain regions including the prefrontal cortex are different from ordinary.

It is often said that "psychopath is poor empathy to feel the feelings of others". In However, recent studies, psychopaths are not mean that there is no ability to empathize with others, the fact that "the switch to switch the empathy of the on-off have in the brain" is obvious has become. Self-control and empathy are said to be closely related in psychology, but since psychopaths tend to have a lack of self-control, it is thought that empathy will be turned off unless you are conscious I will. Even if a person diagnosed as a psychopath makes a lover or a friend, it seems that it often happens with trouble. In particular, there are reports that people diagnosed as psychopaths have a physical relationship with many people, and cases involving adultery are very numerous. In addition, psychopaths also know that the tendency of narcissism to recognize their values ​​highly is strong. Almost all psychopaths can not take the style of "symbiosis" of sharing good and bad things with others, and often do " parasitic living " trying to consume a lot by feeding others. It has been confirmed.

People who have psychopathy repeat cheating over and over again, steal secret money and valuables of their opponents, and repeat what they do not violate even if it turns out that lover relationships and friendships last long There are a lot of cases in which it collapses without it. However, psychopaths are merely lacking empathic ability and guilt, they may suffer pain, feel loneliness, have desire, feel sorrow if we do not receive love. The Conversation argues that acceptance of opponents, including being psychopaths, will lead to better relationships.