For cactus thorns that looks the same, it turns out that there is a solid purpose such as 'attack enemies' and 'protect themselves' 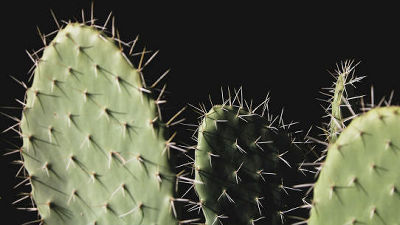 Researchers revealed that the cactus of various cacti seems to be similar at first glance and its mechanism is different. While there are thorns that can hardly escape when stuck in the meat, there are also cacti with thorns that are hard to penetrate in the meant, and it has been shown that diversity exists depending on purpose.

Philip Anderson, who studies evolutionary biomechanics at the University of Illinois at Urbana-Champaign, conducted a survey on the mechanism of cactus spike in a new study.

Researchers surveyed the strength of the six cactus thorns by piercing various substances such as polymers and pork. What we measured at this time is the strength, pressure, and hardness of pricking of thorns when stinging substances.

As a result of experiments, the fine scallops of the cactus such as Opuntia · polyacanta and chain fruit chooth are easy to get stuck in the substance, while it is easily entangled with the fibrous tissue, it is necessary to remove from the pig chicken breast meat without pig shoulder or without skin I found out that it was very difficult. In addition, because the thorns of chain fruit chooses are stabbed deeply, a part of the cactus drops to a place different from the main body when extracting the thorns, and it is possible that the cactus can expand the range of habitat. On the other hand, the whip of the kinshachi is less susceptible to polymers and animals' meat. Researchers are thinking that this is because "the defense of kinshachi 's prickly is keeping animals away". Stephanie Crofts, coauthor of the paper said, "There is a really cool diversity in the morphology of cactus thorns, initially only to avoid herbivorous animals, but then collect the water contained in the fog We also applied it to the secondary use such as adjusting the temperature. "