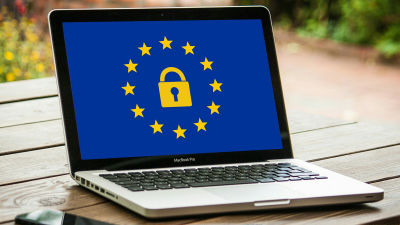 " RISE Project " in Romania, a not-for-profit journalism organization, was asked to submit information on corruption incidents in Romania based on the EU General Data Protection Regulation (GDPR) from Romanian Data Protection Agency (ANSPDCP) It was. According to the Organized Crime and Corruption Report Project (OCCRP), "This is a misuse of GDPR", the RISE Project says, "Even if a fine of 20 million euros (about 2.6 billion yen) will be incurred I will show that I will not respond ". The RISE Project has reported on corruption cases by Liviu Dragnea , representative of the Social Democratic Party (PSD) and Tel Drum Teleorman etc. Then, in November 2018, the journalist of the RISE Project released an article saying "I got a suitcase containing Tel Drum's document on corruption incidents". This suitcase contains a hard disk containing photos and documents, and the owner of the suitcase is considered to be an officer of Tel Drum from its contents. Documents addressed from ANSPDCP to the RISE Project were those requiring information on what journalists posted to Facebook. Specifically, when and how the RISE Project got information, who the information source is, how the document was kept, what else is about Dragnea and Tel Drum officers It seems that public disclosure was requested, such as whether we have personal information.

The deadline for providing information is set to "within 10 days", and if the information is not provided within the due date, the authorities can impose a fine of 644 euros (about 83,000 yen) every 1 day delay. Also, Article 58 of GDPR, which is supposed to conform to this order, is subject to a maximum of 20 million euros (about 2.6 billion yen) when it violates the order.

However, it seems that the RISE Project intends to refuse information provision even if it takes risk of fines.

Ancuţa Gianina Opre, the representative of ANSPDCP, has been chosen by the PSD as an ANSPDCP delegate and is also suggested to have been involved with another corruption. And Dragnea reported on corruption in 2017 when the RISE Project filed a lawsuit against the RISE Project. OCCRP criticized the Romanian government for the political use of GDPR and stated that "GDPR requires protection of journalism".