What have humans been doing in the darkness of the night? History 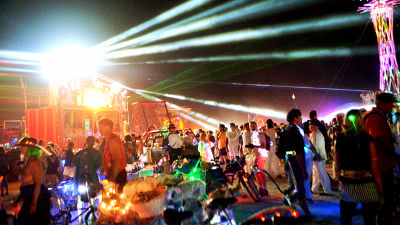 Artificial light overflowed and people could wake up late at night and act up to the morning, but it is still a mystery field how people spent the night before electricity was born . Nancy Gonlin, who studies anthropology at Bellevue · Community College, found that when writing a book named " Archaeology of the Night " with his colleagues, he noticed that "there are few studies of living in the evening" about. Therefore, before the artificial light was born, farm work, blacksmith, ceremony, etc. were carried out at night.

A History of What We Do in the Dark - Pacific Standard
https://psmag.com/news/historical-night-life

Some people used candles and lamps as long as electricity was invented, but the night was much darker than it was today. Still, our ancestors, like ours today, had sleeping, sexual activity, astronomical observations, work, ceremonies, secret meetings during the night.

For example, in modern times downtown at night is lively and crowded, but in reality, there was a lively evening in ancient Rome. In the ancient Roman festival, stalls with wheels played a role like a pub and people told the poet to continue the party until dawn while writing poetry by the poet. Roman citizens used to use the darkness to piss from the balcony, to throw away things in the way, and sometimes worked for crime.

And in ancient Rome sleep is divided into two, "first sleep" "second sleep", people are said to have indulged in thinking, pray, reading, sex acts between two sleeps. As we live in the 21st century, we believe that "sleeping for 8 hours is a good thing", but as you can see from an example of ancient Rome, the sleep pattern of how to sleep and how much sleep is that place "Culture" has been decided. Meanwhile, the ancient Mesoamerican night was busy, hunting at night, guards, feasts, preparations for the next day's meal were done. In those days Jaguar moved around, the insects flew around, the tropical plants blossomed and sprinkled the scent into the cold night air. The torch was lit and fire was used even at home, people got warm and light, and he said that he was keeping realistic or fantasy 'something' lurking in the dark.

In this age, the night was sacred and ominous, so people tried offering to the God who dominates the darkness around the fire to ensure that the sun will rise. In the prayer ceremony, one who draws blood of the royal family drinks cocoa drinks with drunkenness and says he was dancing at midnight. People said they hurt the body using obsidian blades, bone of Aye's bone, spiny ropes and shed blood and praised their ancestors. And some people made a big decision in war by observing Venus.

Also in ancient Egypt, it was thought that the sun will come by the death of the sun god Ra in the west. And the dead underworld of the king, who is in the west Osiris because it was thought to journey to the original, the Egyptian New Kingdom was the essential "light" at the funeral. By looking at how to use "light" like this, you can learn how the people of the day captured the relationship between "darkness" and "death". 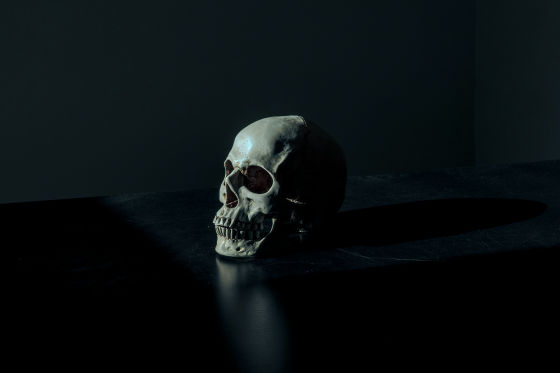 The farmers who lived in Oman in the Bronze Age had been farming work at a cool night in order to break dehydration. It was said that Zimbabwe 's smith craftsmen of the iron age had been working at night to avoid the sun. In Polynesia, the sailors read centuries for centuries, and for the 19th century Bahamian slaves the night was fleeting to get "freedom". As you can see, the meaning of "night" is quite varied depending on times, places and culture.

The modern night is bright enough to detect light even from outer space. In recent years, the study circadian rhythms have been shown to have control of 10 to 15 percent of our genes, circadian it is heart disease and insomnia upset the rhythm, also associated with a number of diseases such as depression It is said. Some researchers insist on the relationship between light at night and cancer.

The International Dark Sky Association (IDA) , an NPO to protect 'dark nights', points out that bright nights are causing environmental damage to many species around the world. Of course, more fossil fuels are used to create light, which may change climate, but besides that, sea turtles and migratory birds are in danger of surviving life without reaching the right place due to light damage And that. In response to these problems, IDA implements the idea of ​​creating a system called "Darth Sky Place Accreditation". In Japan, the national park of the Yaeyama Islands has been certified as "Starry Sky Reserve" .