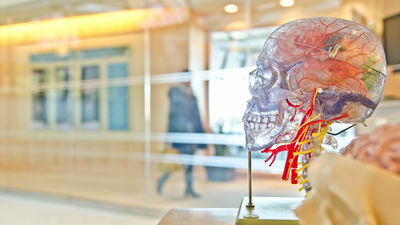 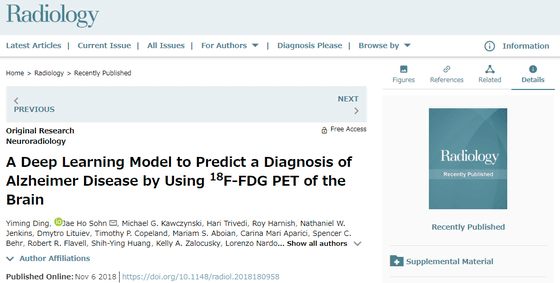 Attempts to use AI for diagnosis of Alzheimer's disease have been made elsewhere, but UCSF's research team focused on biomarkers that have not been used for learning so far. We used 2109 FDG-PET images from 1002 patients included in the Alzheimer's Disease Neuroimaging Initiative (ADNI) data set, which is undergoing Alzheimer's disease research. FDG-PET is an imaging technology that can measure the metabolic activity of tissues according to how much FDG is incorporated by administering FDG (radioactive glucose compound) into the bloodstream and incorporating it into body tissues.

As a result of training the deep learning algorithm at 90% of the data set and testing at the remaining 10%, the algorithm learned the metabolic pattern corresponding to Alzheimer's disease. 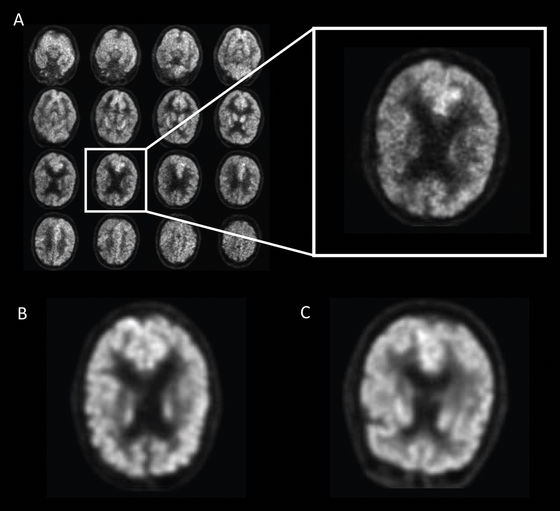 by Radiological Society of North America

Through this learning, as a result of examining the scan data between 40 patients from 2006 to 2016, the algorithm succeeded in finding Alzheimer's disease with 100% accuracy, and furthermore the diagnosis of "not Alzheimer's disease" was also 82 I was able to lower it with an accuracy of%. He seems to be able to detect Alzheimer's disease on average six years earlier than the doctor's final diagnosis.

Professor Song said that it is a very satisfying result on the performance of the algorithm. The subject of this study is a small scale, refusing that further research is necessary, diagnosing Alzheimer's disease after symptoms appear, the brain loss is too large, but it is found early He said that there is the possibility of finding a better way to delay or halt the progress of the disease.

If early prediction of Alzheimer's disease becomes possible by analyzing FDG-PET with AI, it is possible to predict that some other prediction is possible even with a method using β amyloid plaque or tau protein The professor suggests.