How are researchers planning to build a 'lunar base'? 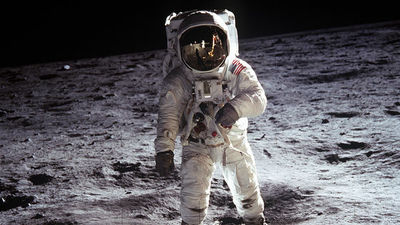 In the vicinity of Cologne , Germany, there is an " artificial lunar surface " of more than 1000 square meters built by the European Space Agency (ESA). Massias Maurer , project manager and astronaut at the facility, built at cost of several million euros (hundreds of millions of yen) said it is "an exciting place to test technology on the moon" It was.

Mr. Maurer is 48 years old as of 2018, "I have not abandoned the hope that I may be able to walk on the moon before retirement age." In fact, in 2017, President Cardo instructed "Construction of the moon base", the global trend will continue to move towards lunar landing and lunar base construction, which had been shunned as "costs are too costy" so far It is said that there is. 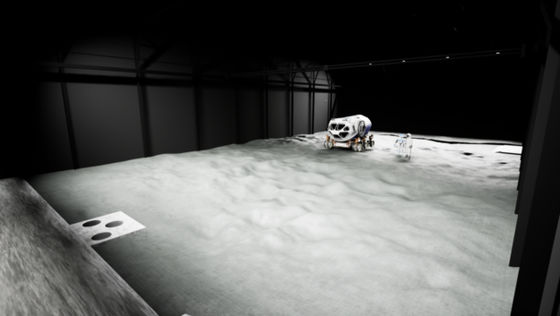 Even though global interest in monthly development is rising, it is expected that only robots will reach the moon over the next few years. China, India and Russia are planning to launch space exploration equipment by the early 2020's, and NASA, ESA, Russia and Japan's space agencies will advance the plan to launch the space station on the orbit of the moon by the mid-2020s President Trump will spend $ 2.7 billion (about 300 billion yen) in NASA's space development over the next five years. Researchers are also researching ways to extract resources necessary for space development in the month. Many researchers have the idea that "take out oxygen and hydrogen, which are valuable energy sources from the moon ice, to make it a gas station in outer space." George Sawers , a professor of aeronautical science at Colorado Mining University , said, "Evidence has been found that water is oil in outer space and there is an economically available amount of water on the moon." It is.

At the time of the lunar landing due to the Apollo program, the testimonies of the landing people and the samples collected meant that "the surface of the moon is a dry barren land." However, in recent years, the evidence that ice is mixed with rocks on the surface of the moon has been discovered, and the conventional idea has been reviewed. Exploring vessels such as " Chandra ya 2 No. 2 " scheduled for launch in India in 2019 and " Luna 27 " where Russia plans to launch in 2022 will search for lunar ice and water I will do.

According to Mr. Soers, when building a lunar base where four people reside, the amount of water required for a year seems to be several thousand tons. However, according to Mr. Sowards, "According to data of recent years, it seems that 10 billion tons of water is present in the polar region of the moon," the possibility that astronauts can obtain the necessary water in the month We are doing it. Mr. Soers believes that the majority of the water mined in the month will be separated into oxygen and hydrogen and used as fuel. Since the gravity of the moon is less than the earth, it seems that space flying is possible at a much lower cost if long-distance space flight is performed with the moon as the launch point rather than the earth. A problem in planning to collect water from the moon is securing energy sources necessary for collection. It is said that ice is concentrated in the polar region of the Moon, which is a very cold climate, but heat and energy are necessary to dig through the ground with an excavating machine. Therefore, researchers are planning to reflect the sun's light to a mirror installed at the top of the crater and to use the solar energy by irradiating the excavation machine with reflected light. The collected water can be separated into hydrogen and oxygen by using photovoltaic electricity and can be used as fuel cell energy and propellant for excavating machines. Even if it is difficult to collect ice, there are abundant resources on the moon. Silica and metal oxides are contained in the sedimentary layer of the lunar surface, also called regolith . It is said that 43% of the mass of regolith is actually oxygen, and it can be used as energy source by extracting oxygen from regolith everywhere on the moon. It may be possible to extract rare metals as a byproduct.

On the other hand, in order to extract oxygen from regolith, we need more energy than heating ice. Scientists are thinking about ways of collecting sunlight with a huge mirror, heating the surface of the furnace, heating the regolith to over 900 degrees and extracting oxygen. According to an experiment conducted in Hawaii in 2010, this process has been proved feasible and Mr. Maurer says, "The fundamental problem is proven and it will be ready within a few years" . Also, Maura thinks that even if the energy source can not be extracted from the lunar ice or regolith, a front line base will be built for scientific experiments. "It may take time due to economic problems, but like plan construction at Antarctica, the plan will be carried out from purely academic interests," Mr. Maurer said. By constructing a base on the moon, the research of the moon has made a dramatic progress, and by examining the crater of the moon it is possible to clarify the formation system of the solar system and to conduct the geological survey of the lunar surface .

In order to protect the astronauts from moon atmospheres and meteorites, buildings to become shelters are necessary for the moon. While there are plans to use landscapes such as the natural holes and cliffs that exist in the moon, the German Aerospace Center is conducting research to create bricks from regoliths to create buildings. It is made by applying heat of 1000 degrees or more to the sheet on which regolith powder is deposited, and it is possible to deposit a sheet like a 3D printer to produce a brick having the same strength as that of gypsum.

Mr. Maurer believes that the construction of the lunar base will probably be promoted by political and economic power, not perhaps technological desire. "It is not impossible for humans to live semi-permanently on the moon when these elements are compatible," Mr. Maurer said.