Forty years before the beginning of the EV era, in the Soviet Union under the Cold War, electric vehicles running with batteries had already been produced 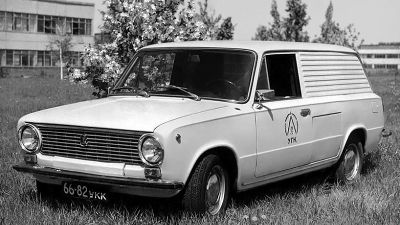 An electric vehicle (EV) that runs with electric power instead of fossil fuel is an element that occupies a part of the keyword " CASE " that directs the car of the 21st century, but its history is not so common It can be traced back long ago. About 40 years ago from the present age, in the Soviet Union (Soviet Union) when it was still closed with "Iron Curtain", it seems that cars running on electricity were actually developed and running around the city.

"C onnected (lead)" and "CASE", "A utonomous (autonomous)", "S haring / S ervice (sharing / service)" and coined the combined keyword "E lectric (electrochemical)". In the medium - to - long term strategy announced by Daimler 's CEO Dieter Zetsche at the Paris Motor Show in 2016, the path that the car of the 21st century should proceed is outlined.

It is an electric car that is thought to go at the cutting edge of the times, but its origin is almost the same as the time when the train was born, and in the early 1800s cars were already born. However, it took a long time for electric cars to enter the diffusion stage due to problems of battery capacity and problems such as electricity can not be supplied from catenary lines like a train.

Automobile manufacturers exist from the former Soviet Union era LADA (Lada) Kore is an electric vehicle that has been made to appear to 81 circa 1980. It seems that a car with a van type body has a battery exceeding 300 kg, and on the body side there is written Cyrillic characters meaning "Electro" in English. The car named "VAZ (LADA) 2801" said that it had a nickel-zinc battery contained in an aluminum case. The battery seems to have been contained in a dedicated hatch behind the door. This model was developed with a view to mass production, and 50 cars were actually made as an initial pilot production and it was running around the city. Many of them were used in the city / Toriyatsuchi where LADA was based, but some of them were used in Moscow like the following blue cars, and were sent to Kiev in Ukraine It seems there was also one. Inside the rear hatch there is not much battery ... ... and it seems that it was in a state where baggage can be loaded properly. A motor with an output of 25 KW (about 35 hp) was used for a vehicle equipped with a battery as high as 380 kg as an energy source, and it was possible to run at a maximum speed of 90 km / h. Moreover, the distance that can run with one charge is about 130 km, and seems to have had a cruising distance that is comparable to modern EV. However, as a decisive weakness, we face the weakness of the infrastructure "There is little charging place." EV gradually ceased to be used, and the era in which common fossil fuel-based cars are used as main is continued. Interestingly, it seems that some of the individuals still in existence are confirmed to be running around even now with their motors replaced with gasoline engines. 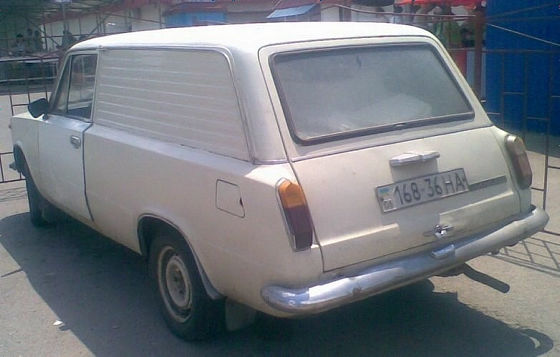