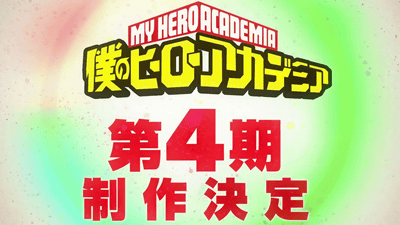 Popular manga " My hero academia " of the weekly Shonen Jump Truck series exceeding 17 million copies in series has been praised from April 2018 for the third period of the TV animation series. It was announced that the final round was broadcasted on Saturday, September 29, 2018, and the production of the 4th series was decided. It is noteworthy what kind of activity they will show in the 4th term. 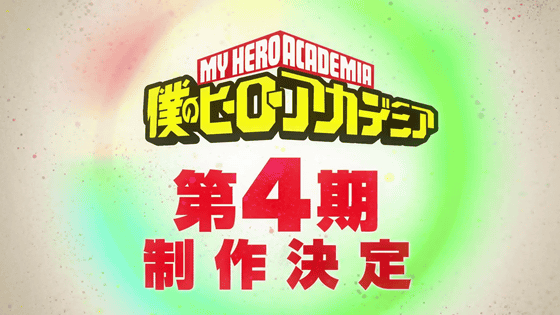 In commemoration of the final broadcast of the 3rd period, illustration by Mr. Yoshihiko Magoshi handling character design is also released. 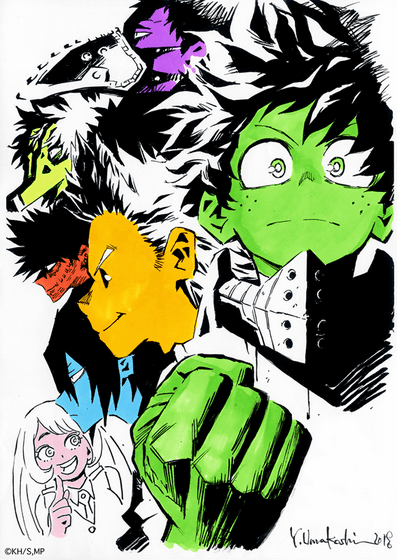 Although the Big Big 3 and overhaul came out, when I check it on the program guide, I think that there are not many people who thought "What is it to do?" With the "end" mark on September 29 broadcasting, It is safe to see continuations on a day not so far.


Today is the final broadcast of the 3rd stage of Hiroaka from 5:30 in the evening !!
Gyeonggi Big 3 's congruent Millio, Ceiling ring, Wave twist. Three characters who felt like showing their faces in the previous story showed full play in this last round?
"My hero academia" Yomiuri TV · Japan Television System 29 countries nationwide ON AIR! Https://t.co/2UpBs4vDzN #heroaca_a # Hiroaka pic.twitter.com/3vZ7L6TIB7


From today at 17:30, my final story of my hero academia "Friendless". Finally the last story! A new character is thrilled but the final story! Male and Female Big 3's ability to see? Does Mihisa's seniors pass the power of Takeshi who passed through several scenes? Today is the final story! Thank you in the rear tie. # heroaca_a # Hiroaka pic.twitter.com/tyivMKuDHT