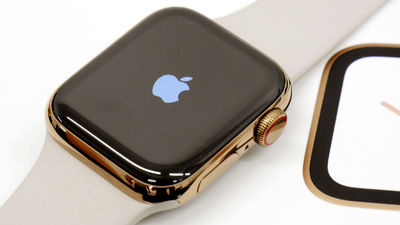 The outer box of Apple Watch Series 4 looks like this. 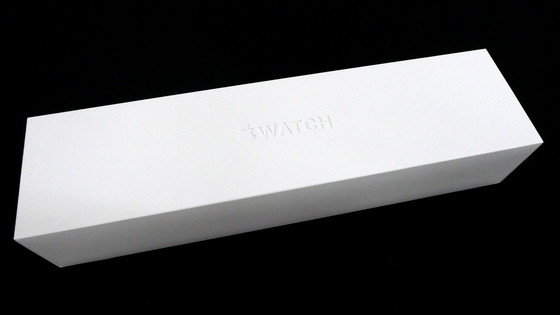 The package is carved with the Apple Watch logo. 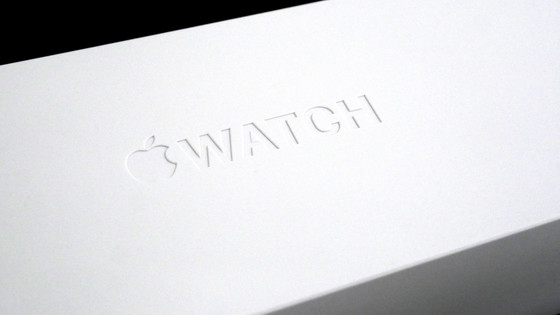 The back side of the outer box looks like this. Removing the left and right round nails ... ... 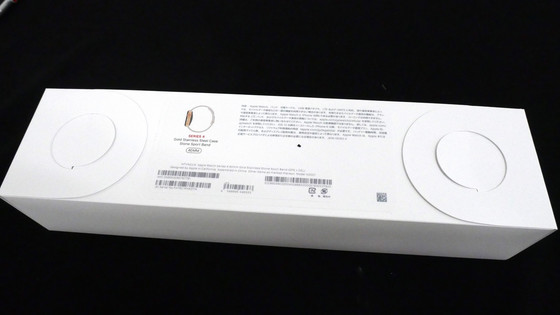 Pakari and packages will open. On the inside of the package, there were several colorful illustrations of Apple Watch Series 4 drawn. 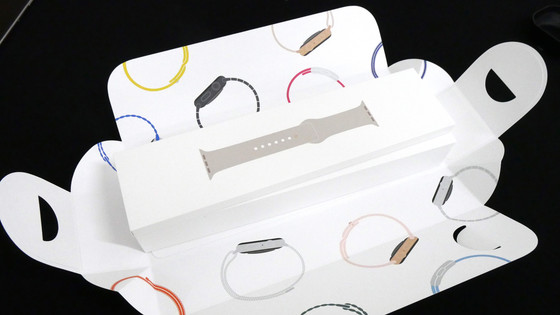 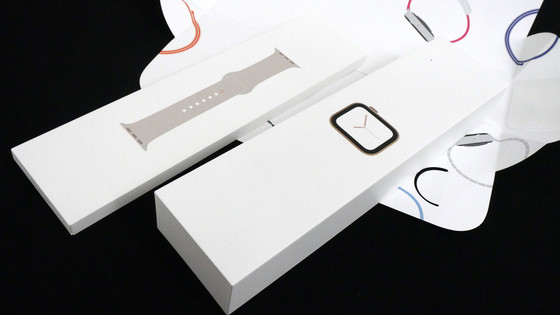 First of all, we opened the inner box of the main body. The contents are Apple Watch Series 4 main body · magnetic charging cable · AC adapter · instructions. In the case of the manual, the letter of the customized "Designed by Apple in California" is written. 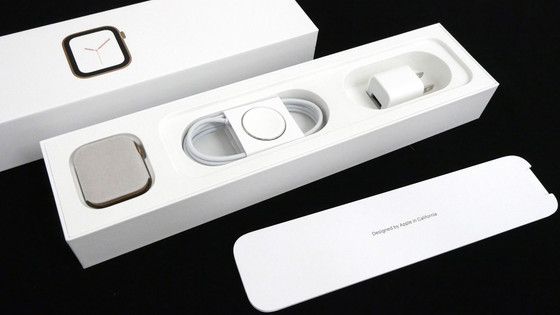 The main body was contained in a case made of cloth. 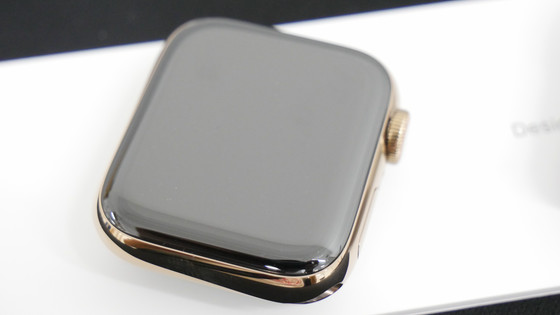 One of the points evolved from the Apple Watch Series 3 is the digital crown. The digital crown whose center was painted red was a design that treated a red circle. The central metal part has a built-in sensor and it is used to monitor the electrocardiogram. 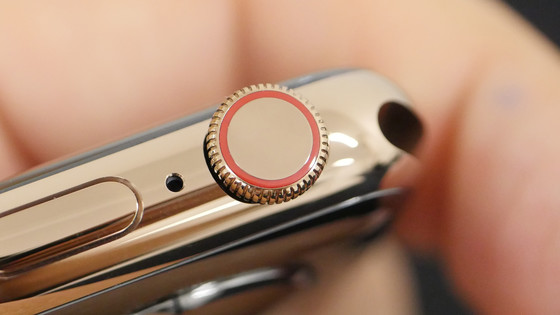 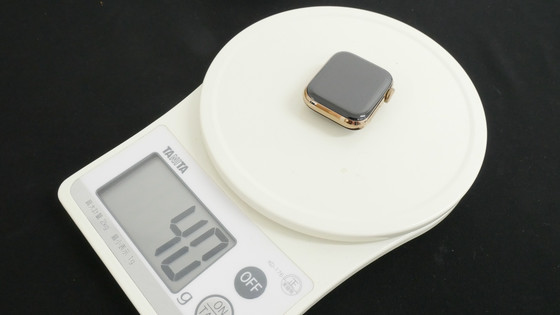 The band is Stone Sports Band 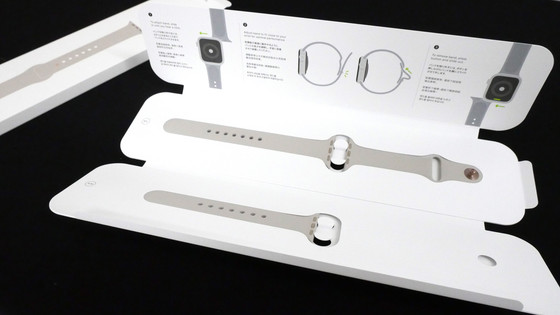 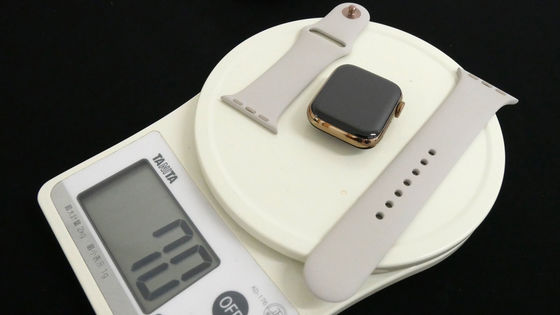 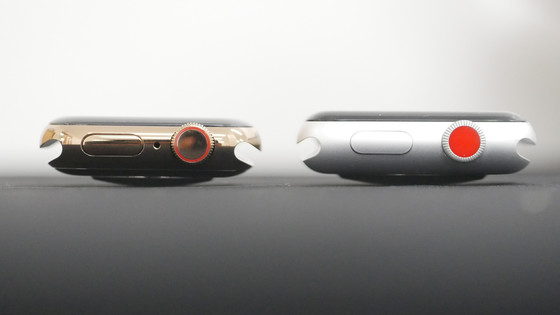 I looked at the left side. In Apple Watch Series 4, the arrangement of speakers has changed as microphones are placed on the right side. It is said that the microphone has moved, making it difficult to cause howling. 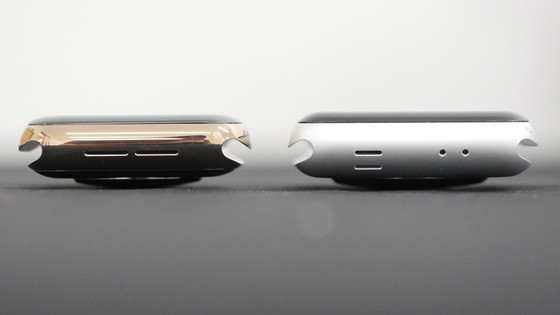 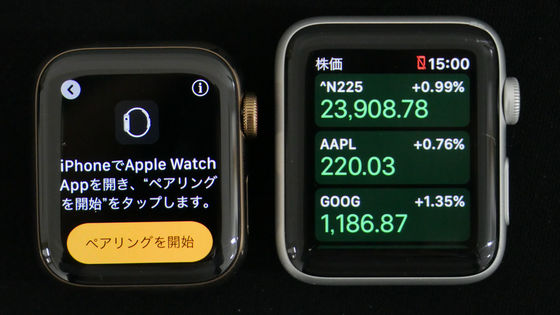 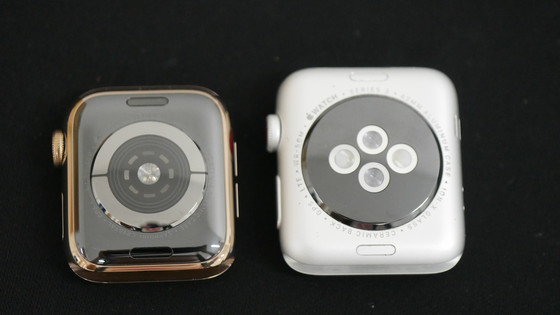 I'm planning on posting this after actually using Apple Watch Series 4, so please look forward to it.