What happens if you run the latest iOS 12 on older devices such as iPhone 5s and iPhone 6? Compared to iOS 11 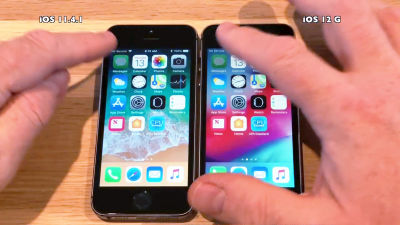 The announcement of the new iPhone is over and the Golden Master (GM) version of " iOS 12 " to be the next OS is released. For iOS users who use older devices iOS update is concerned about "Is operability worse?" "Is it possible to use the old terminal as active?", But the YouTube channel iAppleBytes is "iPhone 5s "I installed iOS 12 on my old generation iPhone called" iPhone 6 "," iPhone 6s "," iPhone 7 "and compared the difference in operability with iOS 11.


The left is the iOS 11.4.1 iPhone 5s, the right is the iOS 12 GM version of the iPhone 5s. Start up at the same time and start the comparison test. 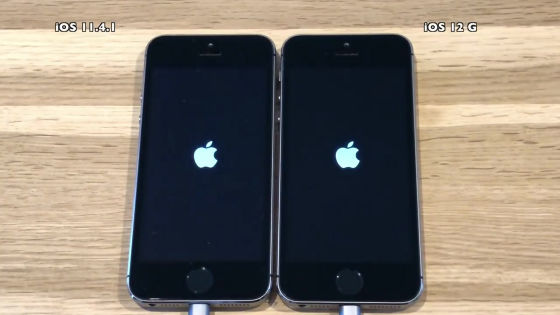 You can see that the time to start up is faster for iOS 12. 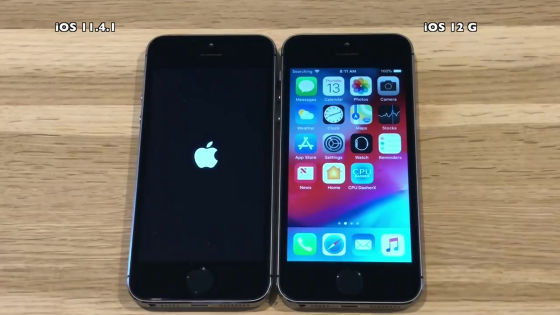 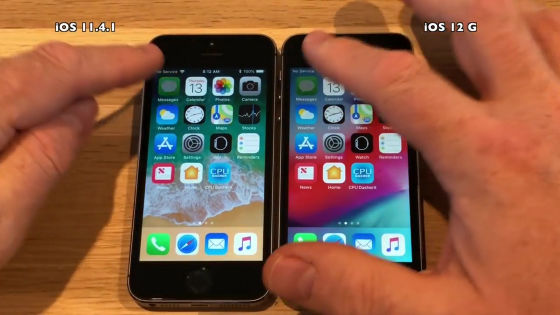 The text inputs are equal. iOS 12 is not slow. 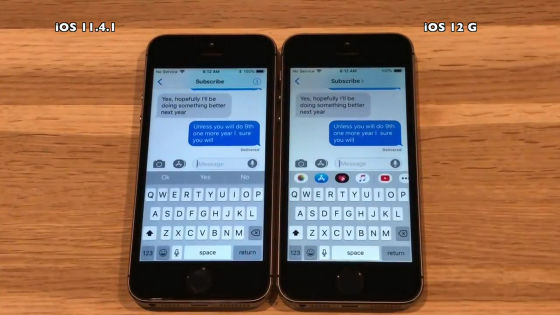 There is no difference in operability even when enlarging / reducing the image. 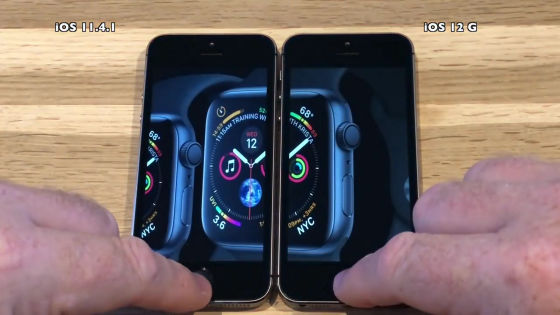 When you perform the "share" operation, iOS 12 will switch the screen faster. iOS 12 knows that the response to the "next action" is getting faster. 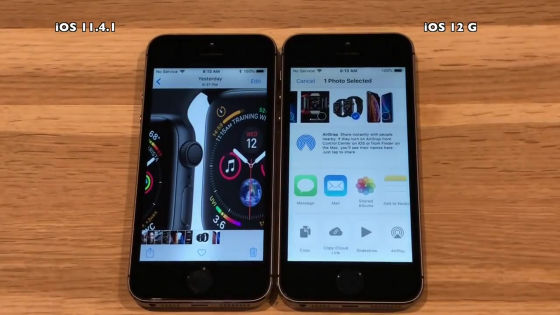 However, in the "stock price" application, the time until the stock price is displayed is earlier for iOS 11. 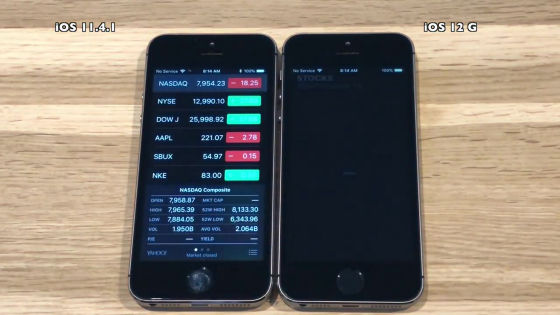 Even with the "map" application, there is no difference in speed. 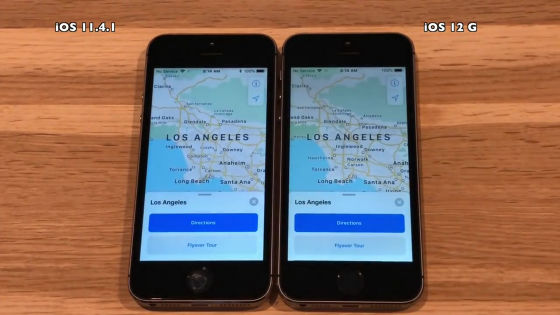 The start of the "App Store" application is somewhat faster for iOS 11 ...... 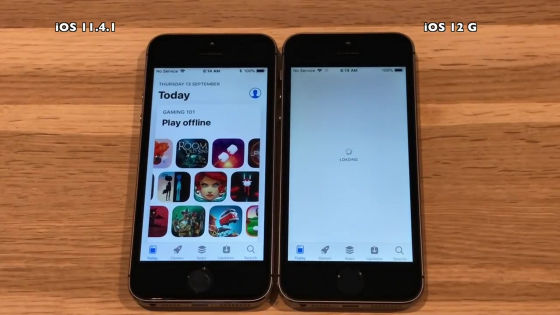 I do not feel a difference in operability. 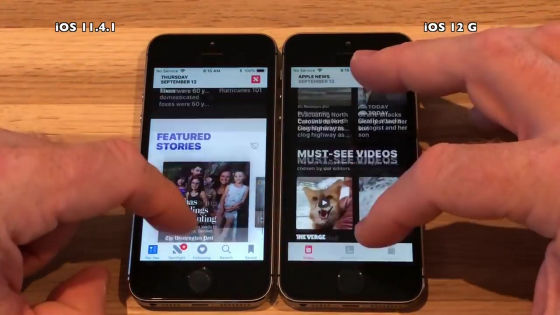 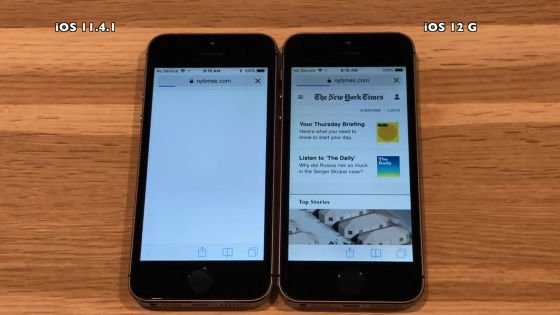 There seems to be no point that the new OS is inferior due to general operability such as "notification" display. 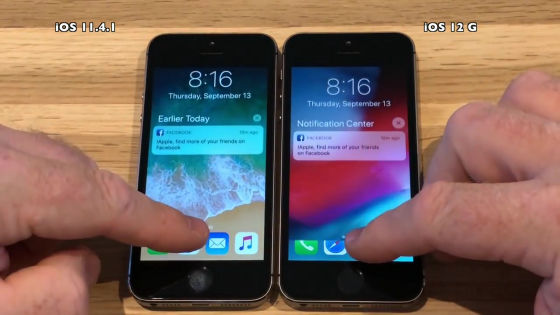 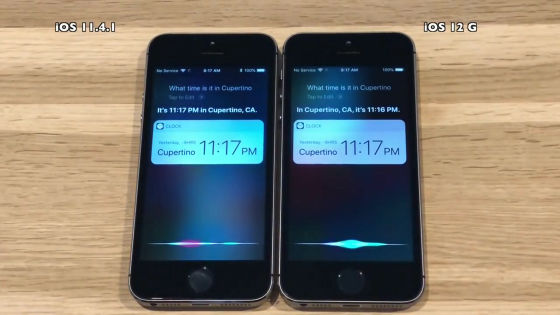 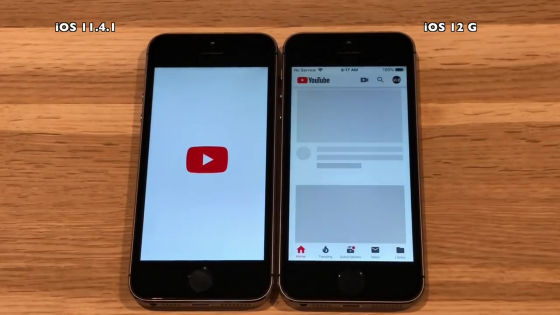 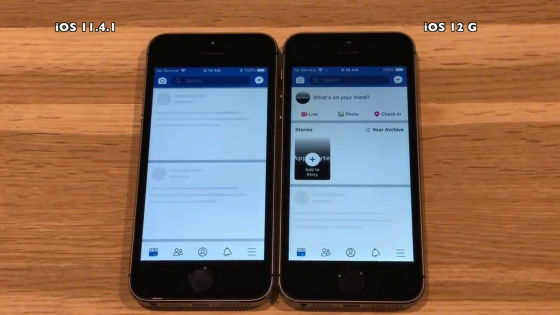 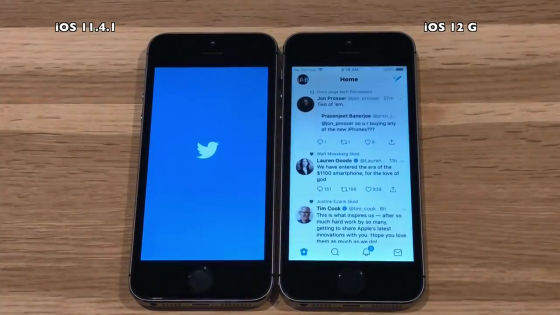 There is no difference in the play of 3D games. Ease of use to delete apps waiting in the background is also exactly the same. 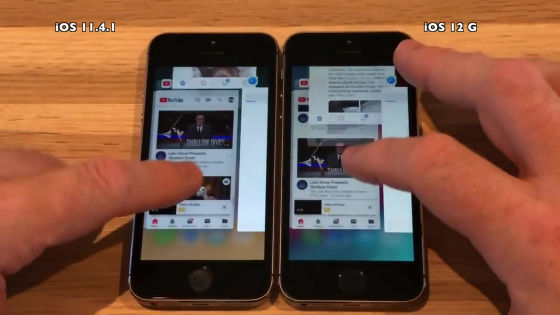 The score on "Geekbench" is almost the same. 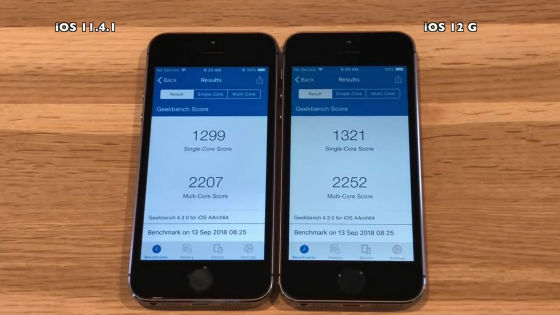 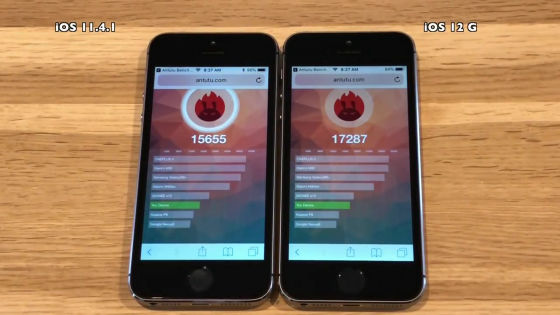 As you can see in the movie, "iOS 12" of the new OS is not inferior to iOS 11 at the speed of various operations, speed improvement such as shortening application start time is seen. Because it becomes "heavy" with updating of the new OS, there is no concern that it will hesitate to update ... .... It seems that comfort of operation with the new OS is guaranteed by taking advantage of lessons such as " intentional performance degradation problem due to OS update ", users using old iOS terminals are likely to perform OS update with confidence .

iOS 12 GM version is available from the Apple Beta Software Program page below. 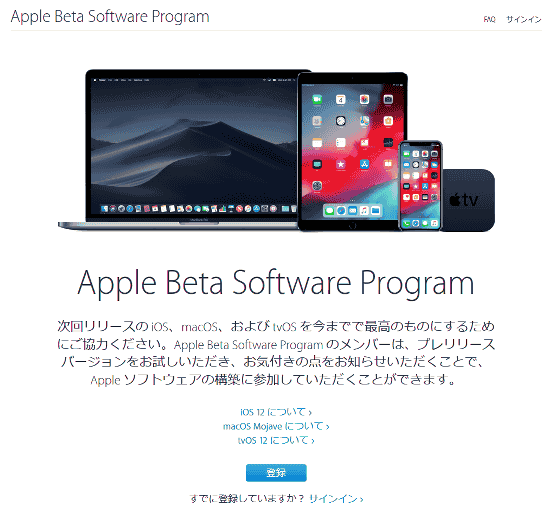