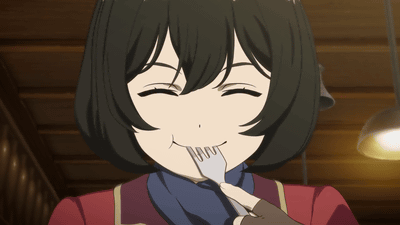 Information of the latest work "Director Mizushima Tsutomu " known as " Girls & Panzer " " Kotobuki Squadron of the Wilderness " has been lifted. It is Michiko Yokote who will serve as a series, and in a combination with Mizushima, " SHIROBAKO " " Prison School Girls Prison School " " Yoro you, Azazel ". It is scheduled to start broadcasting in January 2019.


Golden hamster and side chest pic.twitter.com/0Eum1rEj99


As you guys are saying bubbies from everyday Meiji makes something misunderstand something deeply sells What you gotta do pic.twitter.com/vPPnmNwbTW


This chocolate pie will knead and become clay!


I think that men should be able to kill pic.twitter.com/RJUHdbACBt


If you keep a cat, there is a risk that you will not be able to eat salamanders of your sauce, so you should keep it after thinking carefully. pic.twitter.com/wEIONdRFp 0


It is a movie that was deleted twice and erased by management twice pic.twitter.com/nAebRLwZMH

Russia, Japan's claim of territorialism "No way to accept" proposal is "fishing" - 47 NEWS

Column: Japan after the bubble, even in the fall of the company "translation of win" | Reuters

8 cities nationwide: "Nagoya does not want to go back to the city" again Top Why - Mainichi Shimbun

I heard that it would be nice to use a plastic bottle to separate yellow from white, and tried it with half-truth, it was easy to die and the yolk became very cute pic.twitter.com/43HG76dpxc


Furukira Town "Tengu no kiwago" was held in the event that the event on Saturdays and Sundays was stopped one after another due to the impact of the Hokkaido earthquake.

The fire is a priest and there is a purpose to purify the sinfulness.

While the individuals who came to see watched with various thoughts, the appearance of the Tengu passing through a flaming flame was just divinely. # Furubei-cho # Tengu's fire storm pic.twitter.com/H6D0IA8q9e


What is this like?
Although I attended classes and I got a challenge but the teacher had fallen down although I was able to acquire credits actually without my test answer sheet, I'm paying tuition fees for those who do not have prank pic.twitter.com/Rm2y1lWz0m


From friends attending Wakayama University. This is a new library, but because it places importance on glass designing, most of the window glass is crushed by this typhoon, and the room for teaching is also destroyed. Some rooms are in a state of four aya (bamboo shoots) because they are all blown off by windows damage. In Japan with a lot of disasters, who are those who designed such neglect and safety neglect? pic.twitter.com/L1b8wXeQh3


It is a plaything in the park in Korea, but the overwhelming eerie feeling is amazing ...
And put it in this pic.twitter.com/N2BWI9gcY4


Although this story talks about how to do when there is a power outage in winter, supplementary explanation is given because there was a difference in the recognition of "stove" between the citizens and the outside people.
The stove used in the northern country is a thing that uses 100 V power supply, and conversely, I think that there are not many families equipped with a portable type. pic.twitter.com/8UCqXHBsXm


"Kadokawa Dwango Gakuen" (Urumaichi, Okinawa Prefecture) announced on April 13 that it will open a school 'N Secondary Department' that will practice education for junior high school students by using IT and other Internet technologies in Tokyo next April.


There is not freshness for about 4 years ago, but we are doing hydroelectric power generation.

It is a U-shaped groove of a small lake in a mountain villa and can generate electricity with a maximum output of 700 W.

The generated electricity is stored, and a sine wave inverter of 1500 W is outputting AC 100 V. I use this to make bread at home bakery.


The doubt that Japanese is wrong due to camouflage work because the father of LINE's Japanese is bad, so I was killed by a Filipino girls saying I broke up recently - Togetter

You can also buy out of print books. Binding only when necessary Amazon's "print on demand" mechanism - PC Watch


Listen to Tomokazu Sugita participating in the next Dragon Ball theatrical version pic.twitter.com/BwJvegvrKb


I think that I do not believe it even if I say to myself 10 years ago that "Kim Taak will hit the enemy in the future with a gang bang " # judge pic.twitter.com/D6jS5IYCQS


If you want cosmetics like Japanese feel like this ... If there is a fairy tale motif Japanese old tale motifs even though there is ... pic.twitter.com/lDmx5efVyC


I have never seen such an interesting development. pic.twitter.com/IrrXcJ3SEO


Things that tend to be when she was an instructor in a mobile system # manga abilities her pic.twitter.com/8y2Api58nE


A story of a warrior robbed of fight. pic.twitter.com/f08ufzrVvN


And I drank it for the first time in the "THE ORIGIN" launch after a long absence, a eternal enemy hand, a comrades, a good senior and a close friend Mr. Ikeda Shuichi (* ^ _ ^ *) v pic.twitter.com/SsWrlLiJ8A


I thought that the pink color as a desert camouflage is really effective, but the desert is really pink.
Especially at dawn. pic.twitter.com/HCJEIkQqEZ


【Tanaka Keiichi serial series: Zebius version】 Masanobu Endo, the creator of a work that brought a great influence on the gaming world, became a researcher as a result of his death. Everything is for Japanese games ─ ─ [Wakame]


A comic maker appeared that allows you to put your favorite lines in cartoon comics! : LINE Official Blog


Working negotiations of the International Olympic Committee (IOC), which discuss the progress of the 2020 Tokyo Olympic Games, closed on the 12th. At a later interview, recently a question about volunteers being criticized as "black" etc. on the Internet and so on jumped and IOC's Vice Chairman John Coates stated his impression.


Takizawa Hideaki dedicates to producer to retire within the year: Asahi Shimbun Digital


Johnny's office announced on February 12 that his actor, Hideaki Takizawa (36) retired entertainment activities this year. Takki & Tsubasa with Tsubaki Imai (36) was dissolved on the 10th. Mr. Imai leaves the office and says he concentrates on medical treatment. Imai is suffering from Meniere's disease, and "Tackey & Tsubasa" also had been suspended from last autumn.


Since Johnny's office was founded in 1962, Fujishima July joined the producer from the producer Janny Kitagawa and the manager Merry Kitagawa and on the way from the middle, and three people gathered together to cultivate a talent as a performing arts office , Johnny's seeming stage director, and the TV performances of the affiliated talents, etc., we have made an effort to "deliver happiness to everyone in the world through entertainment." My creative activities are established through the warm support of fans and the talents and efforts of the celebrities who have unlimited possibilities but everyone and staff members who are indebted together as a talent I wish to watch warmly and thank you for all my heart that I am the result of supporting me.

Since Fujishima Julie is constantly pursuing every day from the management aspect so that Johnny's office will be able to deliver better entertainment to everyone in the world of rapidly evolving entertainment, I keep a position as a producer all at once, many We are able to continue the creative activities of.

As far as I was a parent (producer) who raised talent and raised talent, we talked about talent who are my precious children no matter what kind of place or what kind of position, but this feeling changed there is no. All the talents who grew up under me are equal. If they got something through my creative activities and contributed to the development of the entertainment in the future, I would not be so happy. My greatest pleasure is that the talents who are expanding the fields of activity in all fields deliver dreams to everyone as my successor, and those who are pleased with their activities.

It was a longing dream that I could not fulfill in a single morning for me, establishing a training school that constantly develops talent who will inherit my will, and hope and wish. Although we had a lesson studio in the office so far, the idea that warmed up thinking about wanting to create a place that can correspond to all the basic and application necessary for the talents is finally in shape.

Today, Takizawa Hideaki took advantage of his experiences and knowledge as a talent, and said, "I want to help Mr. Johnny with the training of Johnny's Jrs." I was happy with tears and tears seemed to spill. I am thankful to Takizawa for making such a decision.

I myself are still having days going to the theater and the studio. We will continue to work with the talent by continuing work from now on, so thank you for your further support.

Because there is an obligation of old times, "I want to let rakugo act in idol" to someone, I underwent with volunteer value, event was also great success. We reached the second time, so profitable here is not suitable, will not it manage any more? If you ask "Since there is no budget, let's make them remember on youtube", what kind of this Kisen Ken 3000

It will be shortening the game time which made high school baseball into a wooden bat, the number of balls will also decrease and the international game will also become strong] Baseball] Summary Taro!