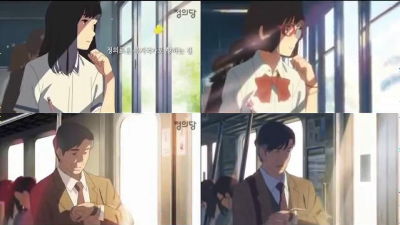 Crossroad "CM created by director Shinkai Makoto known as animation movie works such as" 5 centimeters per second "," leaf garden "," your name is ", as a Korean party, the Justice Party It was revealed that it was tracing at the party publicity movie. After allegations of movie tracing emerged in Korea, the Justice Party immediately deleted the movie, apologizing for officially tracing the crossroads video and stealing the composition and apologizing. In addition, as a result of the investigation by the Justice Party, the person in charge who was making the publicity movie said that he was revealing that "the deadline has been followed and the work of the director Shinkai was traced."

A movie which compares the "Crossroad" of Makoto Shinkai with the public side's publicity video of the Justice Party is released on YouTube, and it is becoming clear how much it is similar.


Both images start from the scene that reflects the sky.

The picture written as "Justice party" on the left is the publicity movie of the Justice Party and the image of the girl watching the ship to the right is Crossroad's one.

I can understand that the scene that a man nestles in the next train will have traced over the whole train. How to insert light, luggage placement in the background and advertisement bulletin are disappearing in the public relations movie, you can see that it is considerably simplified.

It is exactly the same as you can see that you have traced the action of watching the watch as it is.

A scene that I look at the light to be inserted from the back of the mountain. It looks somewhat similar in composition and similar.

For the crossroad, the scene changes and the Tokyo Tower is displayed, but the publicity movie of the Justice Party remains the same.

Next is a scene of a girl who works hard at school classroom. This is also the same for people, desk and chair arrangement, it is obvious that he would trace the whole thing. The publicity movie is a blurred image, but crossroads people seem to be able to express the difference in brightness inside and outside the classroom well in the sunlight.

After that, the crossroad will be upgraded by a girl, but the publicity movie remains as a drawing drawing.

Here is a completely different scene from here for a while.

In the middle of that a scene with a deeply emotional appearance in the public relations movie appears.

This was a trace of "The girl looking out the window from the classroom" that appeared on crossroads. Ribbons and glasses, rubber attached to the arms, characters on the head of the pen etc are gone. 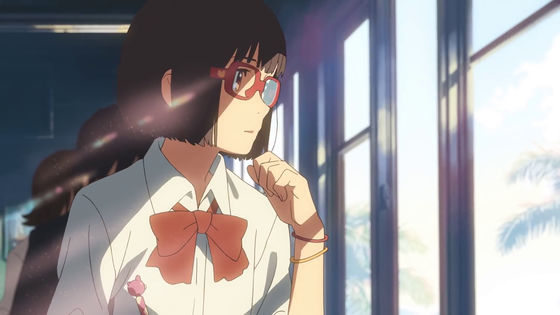 The following scenes are as follows.

Although it is not that I paked the whole picture, it seems that I crossed the crossroad with parts of the scene. "I was traced by the deadline and traced Shinkai's work", but from the Korean net users "Also pakuri," the name of justice "cries" or "The most scary thing in the world is the deadline It is said that comments such as "It is urged."

In addition, the 120-second version of "Crossroad" can be viewed from the following.