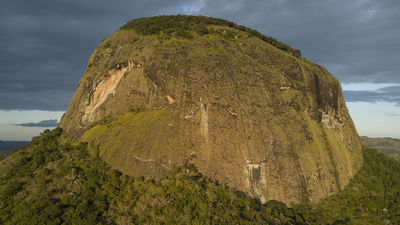 " Google Earth " is a virtual globe system created by topography displayed with polygons and beautiful satellite pictures. Using this Google Earth, people discovering a somewhat unexplored jungle that has not entered anyone yet, and people who have explored have appeared and it has become a hot topic.

How Google Earth led a team of scientists to discover a rainforest on Mount Lico - The Verge
https://www.theverge.com/2018/8/28/17770988/google-earth-mount-lico-discovery-secret-mozambique-rainforest-expedition

In February 2017, a butterfly expert and conservative scientist Julian Baileys found one mountain in Africa and Mozambique at Google Earth. The mountain called Rico mountain is a rocky bulge of about 124 m, and nature which never stepped into humans was sleeping on the mountain. Small farmers, tea and eucalyptus plantations were spreading around the mountain, but there was no way to continue to the summit of the mountain, and it was inaccessible due to a cliff like a sled roll. 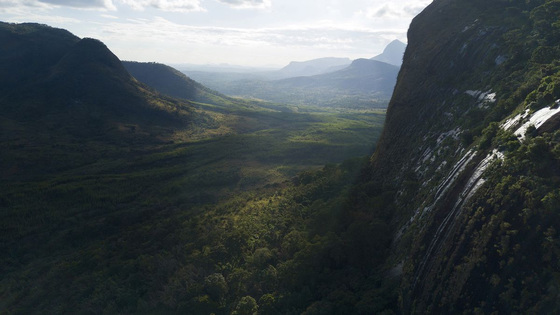 Mr. Bayliss built an expedition team with 28 people including a variety of human resources including 2 top global climbers, 3 scientists, chefs, etc. In order to investigate the jungle that none of this has ever stepped on I left for Mozambique.

In order to climb this mountain, we first have to climb rocks of roughly 400 feet (about 120 m) made of granite. It is said that cliffs of 120 meters can climb in about 35 to 40 minutes if it is a familiar climber, but it seems that it will take two hours if it is an ordinary person. The expedition team camped at the foot and decided to climb Mt. Rico over a few days. When I climbed Mt. Rico, I found that there are few birds, unlike ordinary jungles. I heard that I could not hear any birds' barks or flapping sounds. Experts say that Rico mountain with a height of 120 m or more is geographically isolated from the surrounding environment, and the bird's habitation has become totally different from surroundings Prediction. In addition, he seems to think that some kind of trigger has caused birds to be eaten by rats and ants, and that they are no longer living in mountains.

The rat found in this jungle was large enough to match the size of the house cat and had a long tail. Also, with few birds, many insects were found, especially the various spiders inhabited. What surprised the most expedition team was that a handmade pot was placed at the summit of Mt. Rico. It is a jungle of Mt. Riko thought to have been unexplored, but as a result of investigating the elderly of the local residents, it was only once, almost 100 years ago that the German colonies united during the First World War It turns out that I climbed the mountain.

However, for some reason I cut off the rope for the local tribe to get down, I realized that the German colony troops could not get off and was left behind by Mt. Rico. However, in addition to the fountain pot at the top of the mountain, I heard that no traces of people were found from the jungle of Mount Rico. An expedition team whose budget was limited was able to investigate Rico mountain only for a short number of days of about 10 days but experts are sure that it will take several months to investigate all the jungles of this size. "This jungle of Mount Rico is a valuable sample of tropical rainforests because West Africa is being hit by environmental destruction due to various commercial interests," he says.