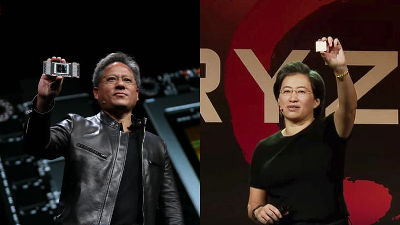 Of the world's leading NVIDIA founder on the GPU Jen-Hsun Huang and CEO, of the CPU and GPU manufacture of semiconductor giant · AMD Lisa Sue CEO has been known that both have roots in Taiwan Tainan. Although they are in common with the top of the semiconductor (GPU) makers with roots in Taiwan, they said that their hometown is actually the same as their parents. Miwa Sanniti iNEWS in Taiwan reports that the tops of NVIDIA and AMD, which pull out as a GPU maker, are in distant relatives.

You can check how the Sue CEO and Juan CEO report that they are relatives in the following movie after 6 minutes 44 seconds.


As a person from Taiwan, the leader in the semiconductor industry, it is a caster comparing AMD's Sue CEO (Su Shi) and Robert Juan CEO (Hwan Hee-chan) who both have roots in Tainan. Although these two are top-level rival enterprises, the one attached to Juan CEO is the word "table", the word meaning "mother's cousin" in Chinese. In other words, CEO Juan seems to be the uncle of Sue CEO. 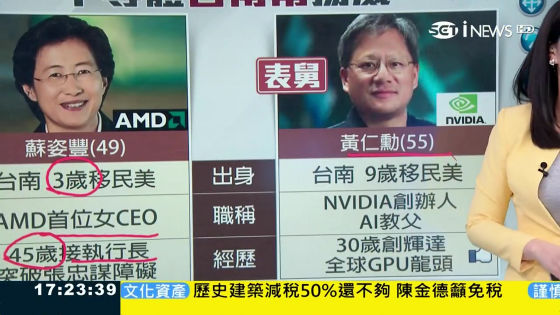 The top of NVIDIA is shocking information of the top manager of AMD, but it seems that it was a relatively famous fact in Taiwan. In the following article, it is casually touched that "Nuvidia's Juan CEO is the uncle" while casually reporting the big news that Sue CEO got into the top of a semiconductor company the woman, "It is said that these two are" Tainan It is a rare heritage of gang "was described. 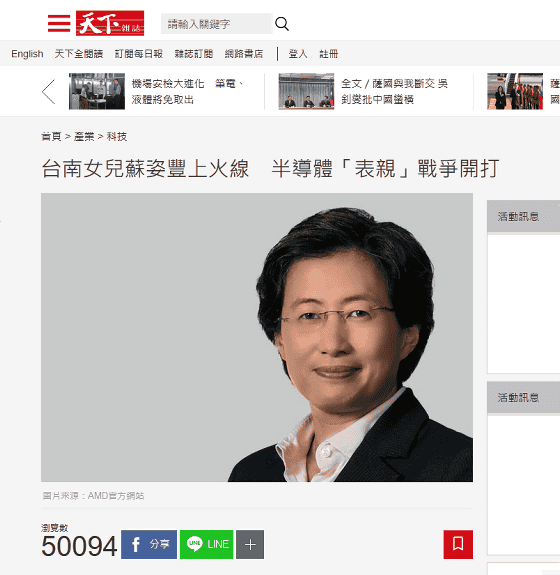