Google is sued as 'Google was illegally tracking user behavior' 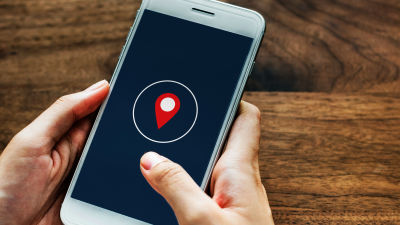 Google filed a lawsuit on the issue that some Google apps tracked the user's location information even though "Location information" on iPhone and Android devices is turned off. It is pointed out that Google's behavior violates the state's Privacy Infringement Act and also violates the consent decisions Google agreed in the SNS "buzz" issue in 2011. 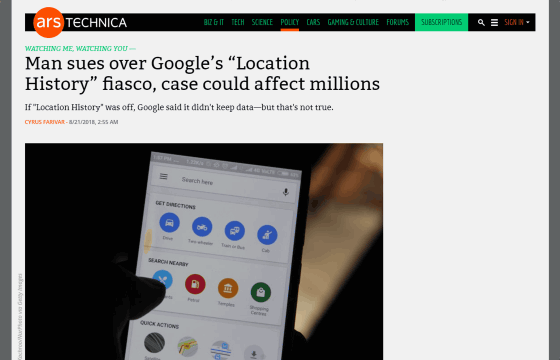 Associated Press (AP) reported on local time that the Google app keeps track of the position and keeps data even if the user turns off the position information of the terminal, About the thirteenth of August. Details of the news can be read from the following. 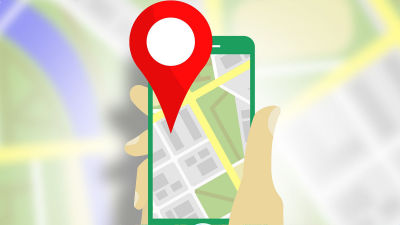 News became a big topic, and Google's behavior was criticized as "dishonest". But, as though Google seems to change how to get location information, quietly change the contents of the help page and "As some of your actions in search and map services, some location information is saved I have stated to clearly state that it is "I will do." 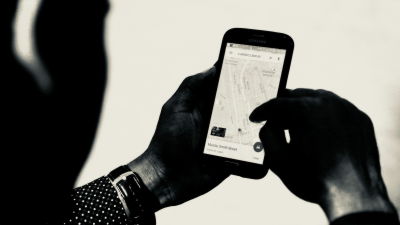 And finally, someone to file a lawsuit against Google in this case appeared.

Men who live in San Diego, California, caused complaints. Plaintiff lawyer Napoleon Patacsil insists that Google violates California's privacy infringement law and infringes the constitutional privacy rights. This case may develop into a class action ( class action ) by millions of users of iPhone and Android in the United States, but it may take several months or more before the court judges that it is a class action It is considered to take time.

In addition, Washington DC activists have pointed out that Google breached the 2011 consent decree.

When Google releases the SNS function "buzz" in 2010, Google criticized that "personal information infringing privacy" is unintentionally disclosed publicly, such as the real name and the current location's location information, by default received.

A case in which the real name was unexpectedly disclosed by Google Buzz (buzz) comment, followed by a recommendation about setting from Google - GIGAZINE 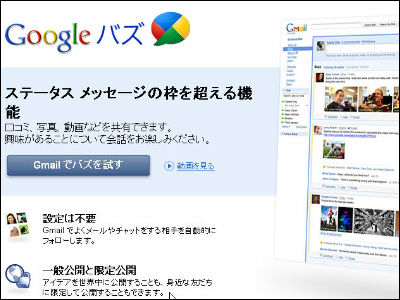 At that time, the Federal Trade Commission (FTC) insisted against Google's actions "using actions that confuse users and take actions that violate their privacy policy," but then , On March 31, 2011, both parties reached a settlement . Activists have asked the FTC to investigate whether Google's behavior this time violates the consent decision at this time.

Lawyers at the Electronic Privacy Information Center also wrote a letter to the FTC on August 17, 2018 at the present time, that "Google's behavior violates the trial decision of consent in 2011". According to the consent decree of 2011, Google said "We will not inaccurately state what is related to" the purpose of collecting and using information "and" the extent to which consumers can control the collection, use and disclosure of information " I agreed to. But until the AP points out, Google explained about location history "You can turn off location history at any time.When you turn off location history, your location information will not be saved."