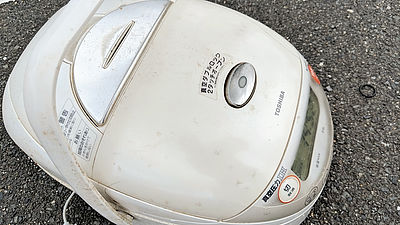 RC10VGCW " which is the former model of " Toshiba "RC-18 VGD" " rice cooker capable of keeping warm for 40 hours at one time with 10 cooked at a time " reviewed in 2011, the seismic intensity occurred in the northern part of Osaka Prefecture, Ibaraki-shi It was finally broken by an earthquake of less than 6 , so I decided to take it for repair.

What kind of rice cooker was it is a successor, so there is a strict difference, but it was almost the same as the past review article below. 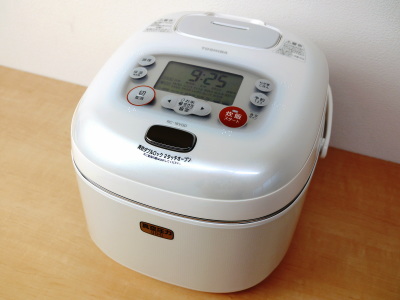 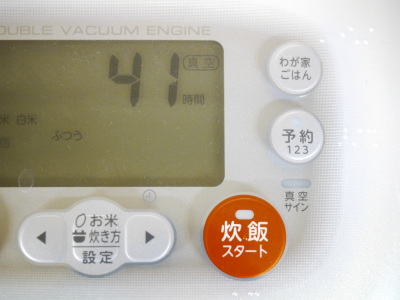 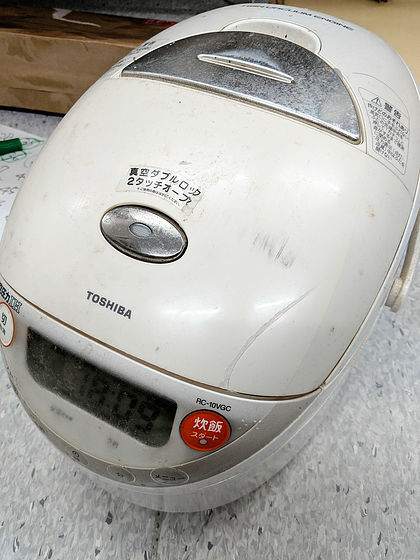 Here's the broken thing. Details can be understood by looking at the review article, but it is deadly when cracks are contained because it keeps the vacuum insulation. Although it closes for a while, it is in a state where it can not be used properly. 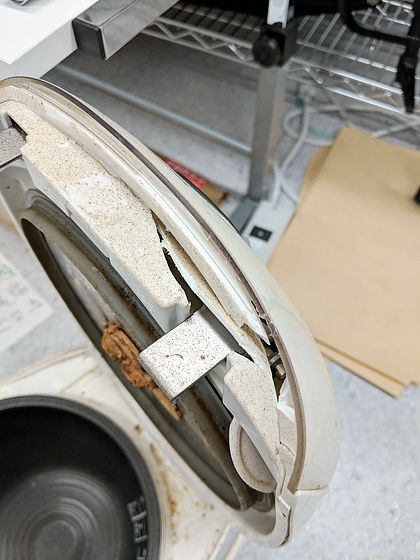 You can see where you are on the following page. Arriving on a car piloted It is Ibaraki service station that came this time I came during business hours, how to take a day off. When I informed again that "Toshiba Consumer Goods Consultation Center" is closed, it was not written anywhere on the official website, but in fact it is "Obon holiday." Since it can not be helped, I will decide to come back later. 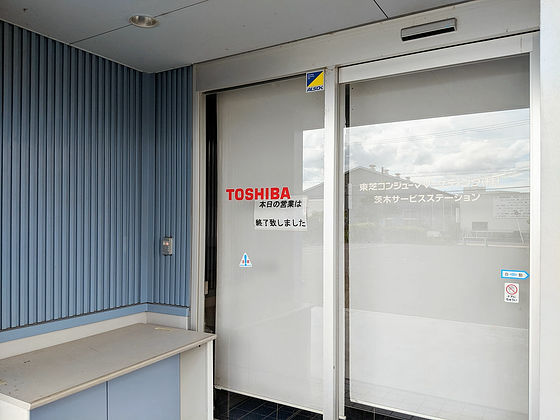 That's why I brought in again. It was open properly next time. When I called at the reception as instructed, "What is bringing in?" Because I was told that it is a rice cooker, I will bring it to the reception desk on the second floor. Move to reception desk on the second floor. I actually asked them to see the real thing and asked me whether there was a repair part from the model number. If there are repair parts for repair, it seems to be necessary for 1080 yen if it is supposed to be "repair deposit", but this time it is exempted husband by bringing in the damage of the earthquake disaster. As a conclusion, in the earlier stage, as a result of "It is unrepairable because the supply of outer lid parts is over". It is a model around 2009, so it seems that more than 8 years have elapsed and it is pretty dull out. In the case of Toshiba, if you examine it, " The minimum holding period of the performance parts for repairing rice cooker is six years after manufacturing discontinuation, it may not be possible to supply parts in case of using for over 7 years. " It was. Sorry.

Due to earthquake insurance, documents are necessary, so it was kore made. Because I could not repair it, I decided to buy it again. 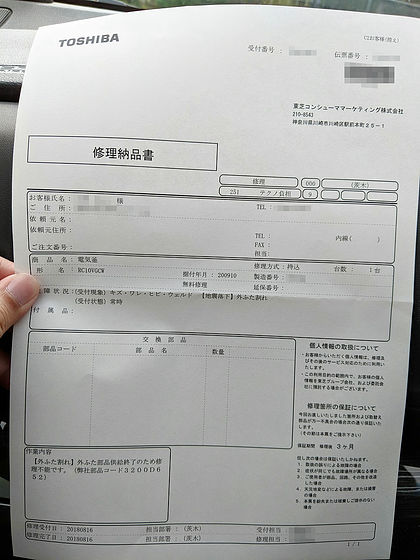 If it can be repaired, it seems that it will go to the repair center after being packed and loaded like this. 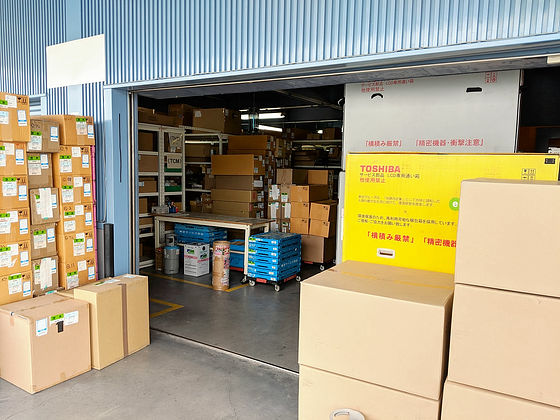 In the case of other household electric appliances as well, for the minimum period of time, it is clustered on the following page as to whether or not they possess repair performance parts, so it can be used as a guideline when considering whether to repurchase or not, remember There is no loss after it. 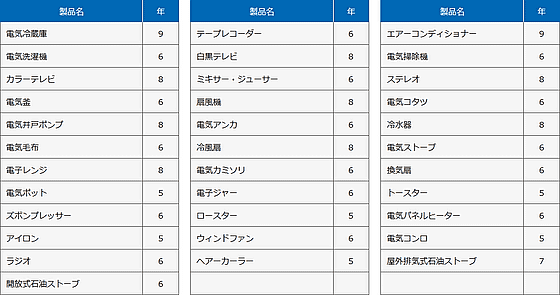