What is the problem of parents who have 'genius of IQ 171' as a child? 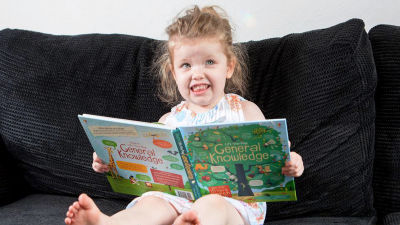 A 3 year old genius girl with IQ 171 has become a hot topic in the UK. The BBC is approaching what kind of troubles the parents who actually have children of genius girls are having trouble.

Britain's brainiest kid has an IQ high than Albert Einstein and Stephen Hawking at the age of just three
https://www.thesun.co.uk/news/6973878/britain-brainiest-kid-revealed/

Ophelia, born between Natalie Morgan and Ben Duke, learned the words of "hiya (hi!)" In 8 months of age and started talking. As it usually begins to talk by remembering the words at the age of 1 to 5 years old, it seems that the first time I started talking was about a few months earlier than normal children.

From there, it is the first genius to say Ophelia's abnormality. Soon afterwards, I remembered various "colors", "letters" and "numbers" and started talking, and before I was two years old I had to completely memorize the alphabet.

One day, my parents checked on the Internet "My daughter's growth is about the same as an ordinary child" and found that the developmental rate is wrong than that of a normal child. And a little uneasy parents took Ophelia and visited Mr. Lynn Kendall, a child psychologist familiar with fast developing children.

Under Mr. Kendall, Ophelia took the Stanford Binet intelligence test and decided to investigate IQ. Normally, the value of IQ falls between 85 and 115, but Ophelia will knock out a phenomenal score of 171. After receiving the same exam, Ophelia will be registered as a member of Mensa, a nonprofit organization that can be a member of more than IQ 132 in the same exam. Mr. Kendall talks about Ophelia, "She is always hungry for learning and her parents are having a lot of hardships to satisfy it." Also, Mr. Kendall says, "My parents often come to me, but I have been consulted," Ophelia always makes a question of something and I will not stop studying until I wake up " Therefore, it can be said that parents are struggling day by day with Ophelia. 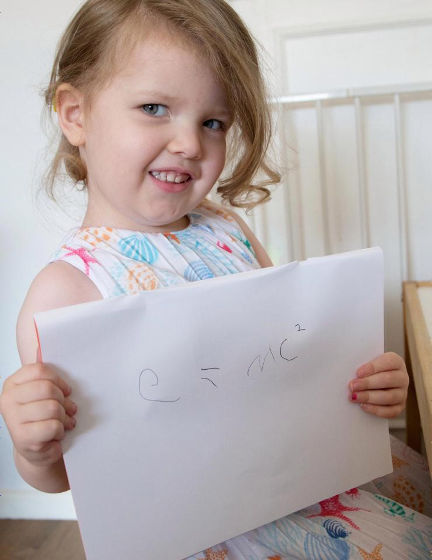 Mr. Kendall says, "A child with a genius-like brain can not self-control desire for high learning like Ophelia." For this reason, parents of genius children need to pay attention to the children 's meals, as they use the brain for learning throughout the day and consume enormous energy. Mr. Kendall says, "Parents raising children like this are important to give high-calorie food and special juice to children," he always talks about "brains are genius body and emotions are children" It explains that it is necessary.