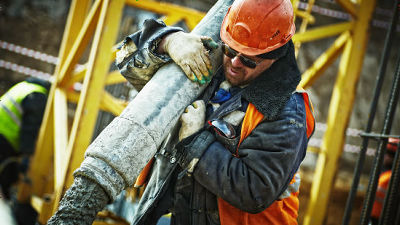 Asbestos considered to be associated with diseases such as lung cancer is prohibited in many countries around the world. Under such circumstances, attention is drawn in the US as new rules are created to facilitate the import, use and processing of asbestos companies newly.

Under Trump's EPA, asbestos might be making a comeback
https://www.fastcompany.com/90208948/under-trumps-epa-asbestos-might-be-making-a-comeback Asbestos is a fibrous serpentine or hornblende that is widely used as a material since it is excellent in heat resistance, insulation and heat retention. However, as long as powder inhalation lasts for a long time, there is a danger of developing lung cancer and malignant mesothelioma , so as of 2018 the use is completely prohibited in more than 55 countries worldwide.

In the United States, we have regulated the use of asbestos in the 1973 amendment to the air purification law , asbestos ban in 1989 and the Federal Gazette for phased out, but it is not completely prohibited. This is believed to be due to the efforts of companies that wish to use asbestos, which was once popularized as a "miracle material", but in the data published in April 2018, in the United States, asbestos- It is announced that it will reach 40,000 people a year.

However, the United States Environmental Protection Agency (EPA) under the Trump regime issued a "Significant New Use Rule (SNUR)" that restricts or prohibits the manufacture, importation and use of chemical substances on June 1, 2018 "Asbestos We will admit the production of products that contain " EPA has also changed the risk assessment method of potentially harmful chemical substances, and in the new method, "We do not consider the presence or impact of chemical substances in the air, underground and underwater" doing. Experts criticize EPA's attitude as this "dramatically weakening the protection of people's health".

It is thought that asbestos is dangerous to workers who extract asbestos, asbestos as a material, and employees who deal with asbestos at a factory at the time of importation rather than directly hitting consumers. Also, people are exposed to the asbestos powder even in the vicinity of neighboring residents of the building under construction and around the garbage dumping site where materials finally go. As EPA relaxed asbestos regulations, the role of protecting people's health has shifted to rural, state governments and companies. It is also seen that architects may be able to influence the manufacturer's products by doing business with standards on people's health.

Meanwhile, the EPA argues that "the report is inaccurate". "The action of EPA stated that" forbiddance of EPA permits manufacturing, importing, processing by companies unless EPA's use of new asbestos "is stated." The purpose of the new rule is to "regulate asbestos" It is insisting that it is .