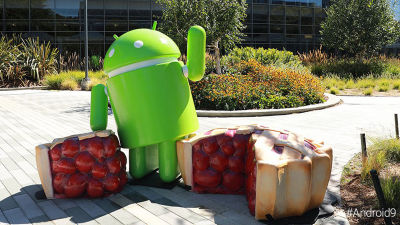 Google officially announced the mobile OS " Android 9 Pie " which was announced as "Android P" in Google I / O in 2018 . Delivery to Google's Pixel terminal has already begun.

Android OS usually adopts the name of candy as a nickname (codename), but Google named Android 9 "Pie (pie)". For Android 9 Pie, the new features of interest added are as follows.

◆ Adaptive Battery & Adaptive Brightness
On mobile terminals such as smartphones, holding the battery is a factor that the user emphasizes. In Android 9, the function called " Adaptive Battery " extends battery life by optimizing the ranking of system resources. Adaptive Battery adopts AI technology realized by cooperation of DeepMind known for developing Go AI "AlphaGo". ◆ Slices (slice)
A function to display information matching the phrase as a small information frame "slice" at the time of Google search was added. As an example of a slice, searching for "Lyft" instantly displays a slice of "Lyft" application, and the fare and scheduled arrival time of the driver will be displayed.

◆ App Actions
By using a function called "App Actions" that utilizes machine learning, improvements are made to improve the visibility of the application by displaying the application at an appropriate timing based on the context. Click the following image to play the animation of App Actions. ◆ Security
Android 9 Pie provides a hardware security function to protect confidential information such as credit card data using a dedicated chip. In addition, TLS encryption is enabled by default, and coping with protection of privacy such as DNS is being done.

◆ New navigation
Google has introduced a new system navigation that we have been working for over a year with Android 9 Pie. With this new design, it improves the convenience of multitasking and makes it easier to find applications. Specifically, you can swipe the screen up anywhere to display the full screen preview of the most recently used app and immediately access it. Click the following image to play the animation that manipulates the new navigation. Android 9 Pie is released on the Android Open Source Project (AOSP) page, the source code has been released, and delivery to the Pixel series has already started. 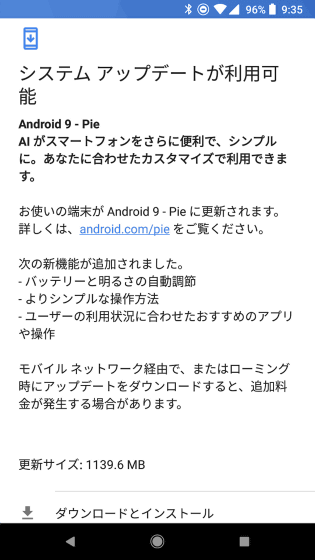