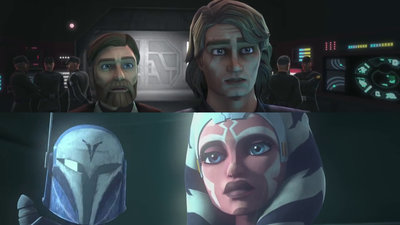 A new series production of 3DCG anime " Star Wars / Clone Wars " was released at San Diego Comiccon , and the trailer was released. 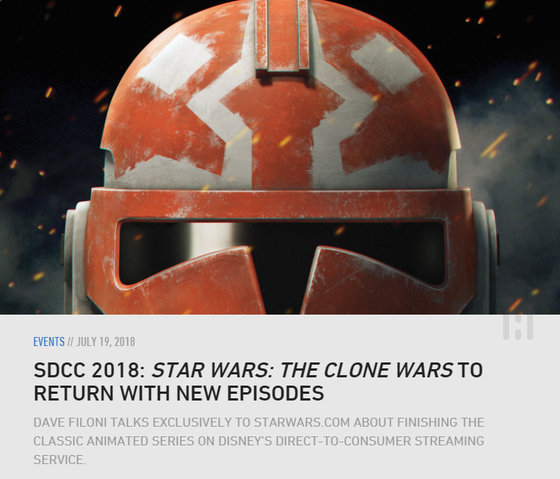 "Clone Wars" is the clone wars fought in the movie "Star Wars Episode 2 / Clone Attack" and "Episode 3 / Revenge of the Sith" for about three years, with Anakin Skywalker and Obi- Works drawn mainly by Asoka Tanoura, a disciple of One Kenobi, Anakin.

Introduction part was released as 3DCG animation movie in 2008, and after that it was developed as a TV series. However, due to Disney's acquisition of Lucasfilm and its deployment, it was discontinued during the season 6 production.

At the end of the trailer, a hash tag called " # CloneWarsSaved " was displayed, and standing ovation went up in the venue.


Standing Ovation Came This After The Crowd Just Learned The Clone Wars Is Coming Back. #CloneWarsSaved # Sdcc18 #StarWars Pic.Twitter.Com/7mNS1N2kNG


James Arnold Taylor of Obi - Wan Kenobi has released an image that conveys the words of appreciation to his fans.


In February 2018, Disney's CEO Robert Eiger had revealed that there was plans to deliver the Star Wars spin-off new series with Disney's proprietary streaming service, but it was not until 5 years ago that the clone · There were not many people who expected that the continuation of Wars will be delivered.