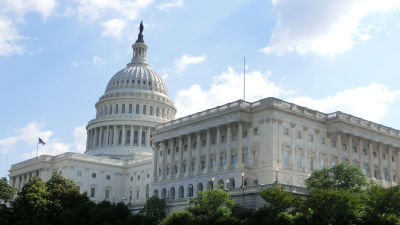 In 2018, middle elections were held in the United States and it is an important year that the activities of the Trump regime are indirectly valued. Microsoft is discovering signs that hackers are actively seeking candidates for a midterm election in which voting is held in November.

At Aspen Security Forum of security-related event on July 19, 2018, Mr. Tom Bart of senior vice president of security at Microsoft said "fake Microsoft domain was misused as a landing page of phishing attack in the beginning of 2018 I found out that "I discovered it." According to Mr. Bird, as a result of analyzing the metadata, it seems that the target of this phishing attack turned out to be three candidates running for midterm election.

Mr. Bird did not reveal the name of the target candidate, but he says, "From the viewpoint of spying activity and the discontinuation of the elections, it is a person who might be an interesting target." In addition, it is not clear about whether hacking is from Russia. Microsoft has already closed a fake domain and has worked with the federal government to block phishing messages and has confirmed that no one of the targeted candidates' election staff has been infected with malware and this phishing The attack itself was totally neutralized.

Researchers on Microsoft 's intelligence activities can not ascertain the signs that Russian organizations' activities towards this midterm election are targeting think - tanks and experts so far, compared with the time of the presidential election in 2016 It is said that it can not be said that it is active until. However, until the vote of the midterm election in November 2018, the United States does not seem to be able to solve the caution against election hacking.