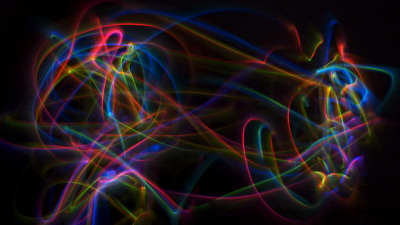 A team of Chinese scientists succeeded in creating the world's first "state of entanglement of 18 light quanta bits". As further research progresses, there is a possibility of improving the performance of the quantum computer , but on the other hand it seems to be highlighting that there are still many problems to be solved.

It was the research team of Professor Ban Jianwei of the University of Science and Technology of China (USTC) that set up this new record. The team succeeded in entangling the world 's first 18 light quantum bits by adjusting the three degrees of freedom of deflection, route, and orbital angular momentum of six photons. At the end of 2016, Professor Ban and colleagues realized the tangle of 10 photon bits and 10 superconducting qubits, and updated the world record of the time, and this time it became a form to update their record. 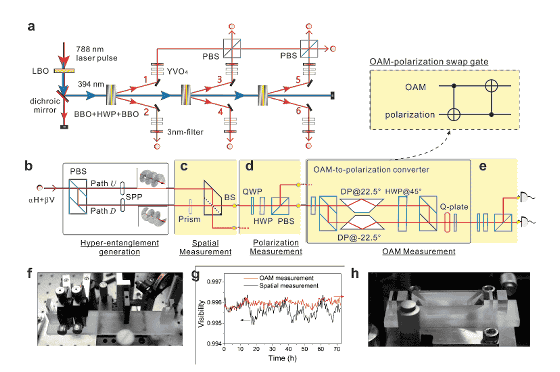 This achievement may be important in improving the performance of quantum computers that utilize the state of "quantum entanglement", but there are still problems to be solved there And that. According to Sydney Schleppler who is a quantum physicist at the University of California, Berkeley, who is not involved in this study, this record was realized because it was specialized only in "increasing the number" It shows that the meaning of quantum computers is not very strong in practical use.

According to Schleppler, the biggest problem is "time". In this time, the time required for the research team to create a tangled state is actually "a few seconds", which is a length of time that can be said to be "eternal" for computers that are processed several hundred million times to several trillions times per second It can be said. Therefore, it is pointed out that it is not at all in the actual utilization stage. Also, even if there is a fact that USTC researchers have devoted this achievement, Schleppler says that similar research will not be activated in another laboratory. In this achievement, while photons are useful for specific applications such as communication between quantum computers, they point out that when quantum is in other states such as superconducting circuits, it is useless I will.

Mr. Shrepler said about the record: "One question that comes from the paper is whether the particles in all entangled states equally interact or whether the interactions differ in multiple quanta with different degrees of freedom It is in that it is in the point that it is ". The research team wrote in the paper that "This type of experimental procedure will enable specific quantum computations that have been proved only in theory until now" is.