Major pornographic sites released 'Pornographic movie viewing situation of each country in the World Cup Final match', did the Japanese were interested in the final game? 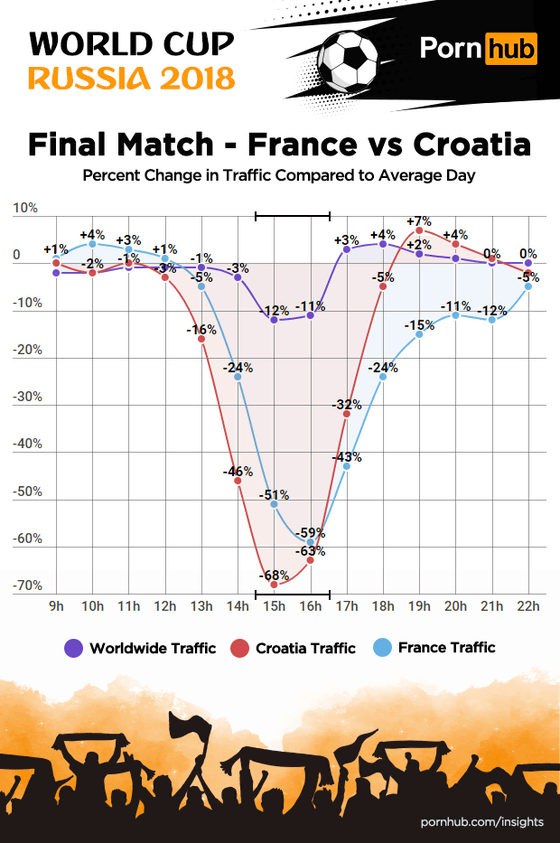 When the game is over, France who won the championship is due to celebrate, people who are interested in pornography are decreasing, but in Croatia of the second winner the football fever suddenly gets cold, and after three hours it is more traffic than usual Record high amount + 7%. In other countries, although the traffic rises a little more than usual after the match, there was not so much change to notice. In addition, Pornhub has published a graph ranking the countries in which the communication traffic volume was large (there was no interest in football) during the final match game. According to this graph, Japan is ranked fourth in the US with 1st place as the United States, 22nd place as Britain, 3rd place as India. Although Japan is the fourth largest in terms of traffic volume, the amount of traffic at the time of the final war has been reduced by only 1% of the average average, and many Japanese are "not interested unless they are in their own country" It seems there were many people who thought. It may be that it is hard to say that soccer culture is still rooted.