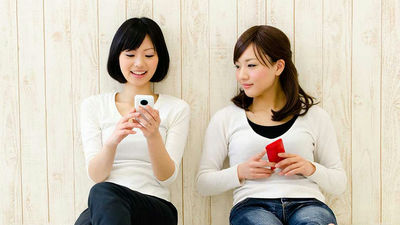 Global App Revenue Reached $ 34 Billion in the First Half of 2018, Up 28% Year-Over-Year
https://sensortower.com/blog/app-revenue-and-downloads-1h-2018

According to Sensor Tower, the App Store and Google Play customers spent approximately $ 34.4 billion (about 3.8 trillion yen) in the first half of 2018 on smartphone applications and games. In the first half of 2017, the amount spent by people around the world for both app stores was about 26.9 billion dollars (about 3 trillion yen), which means that we recorded an annual growth of 28% in just one year . 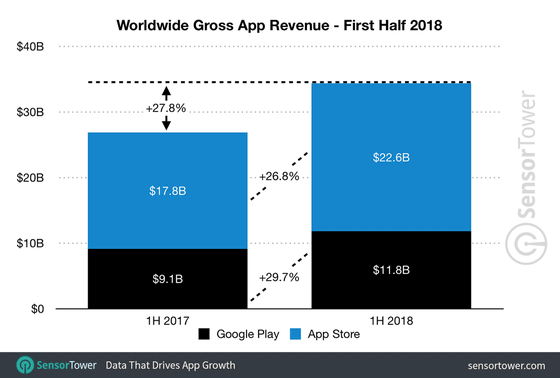 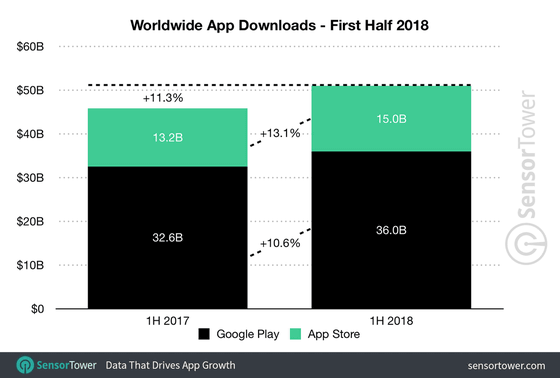 Revenues, including billing expenses spent on smartphone games, amounted to approximately $ 26.6 billion (approximately 2.5 trillion yen) in the first half of 2018, an increase of 19.1% compared to the first half of 2017 . It is said that revenue from games accounts for 78% of the total revenue of the app store, and it seems that revenues will be greatly influenced by how profitable can be raised in games for smartphones.

The top three of the game revenues in both stores are accounted for by Tencent Games ' champion Eiya , Mixi ' s Monster Strike , Fate / Grand Order by Aniplex , Sensor Tower reports. 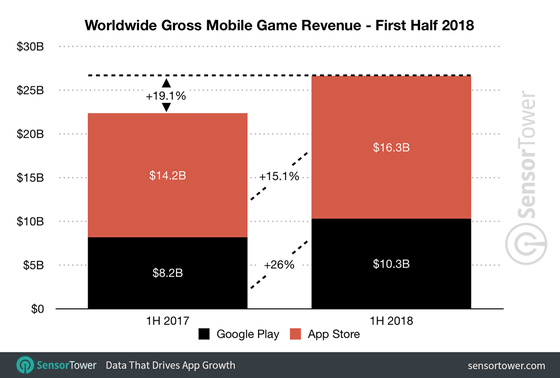