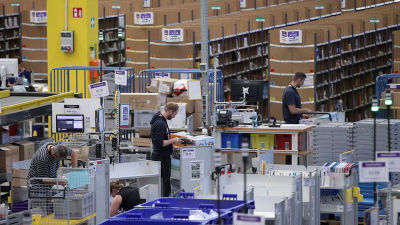 Amazon is doing giant sale " prime day " for prime members only worldwide, but in European countries such as Germany, warehouse workers are striking aiming at prime day by appealing for improvement of working environment I will.

Amazon warehouse workers are striking across Europe on Prime Day - The Verge
https://www.theverge.com/2018/7/16/17577348/amazon-warehouse-worker-strike-europe-prime-day

In November 2017, Italy workers pursued a strike in line with "Black Friday" which is the most important sales warranty for American retailers. The strike is done according to the prime day this time. Because it is painful for Amazon to do the strike according to the large sale event, the workers are striving to fit the sale. 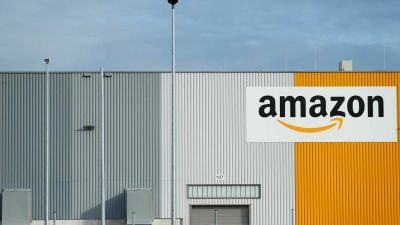 The strikes are workers of the German labor union "Verdi services union" (unified service industry labor union). Verdi has decided to strike for only one day in accordance with the prime day in order to request the improvement of the service environment of warehouse workers. Verdi's top executive Stefan Natzenberger says, "Our message is obvious, while Amazon is getting rich, Amazon saves the worker's health expenses."

It is famous that the labor environment of Amazon warehouse workers is harsh, and there are calls for the improvement of poor working environment around the world. In an Organise survey , three out of four Amazon warehouse workers avoid toilet breaks to achieve the norm and half of the workers surveyed are healthy He said he is reporting the problem. And it seems that about 80% of workers answer that they will never apply again to Amazon's job.

Warehouse workers do not leave toilet breaks to handle harsh norms, and there are many people bringing plastic bottles for peeing. 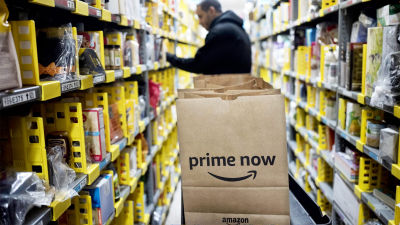 In addition, the driver to deliver is also a PET bottle essential. 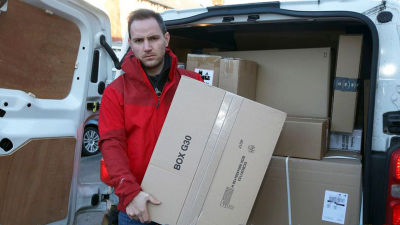 Also, in addition to Germany, strikes in accordance with prime day are also taking place in Spain and Poland. The Spanish strike is also done in accordance with the prime day, but the period is three days longer than Germany. Poland does not clarify the period, it is said that it is going to continue in a phased manner. For Amazon, Germany is the second largest market after America and is likely to be greatly affected by strikes that are tailored to the annual prime day of a large sale, but "among the 12,000 workers, Participating in is limited to some people, there is no impact on the delivery of Prime Day, "Amazon commented.

Amazon e-commerce market share accounted for 49%, reaching 5% of all retail market . Amazon stocks are on the rise following the outstanding Amazon performance, and Jeff Bezos said that total assets exceeded $ 150 billion (about 17 trillion yen) for the first time in history . Even Bill Gates, founder of Microsoft, seems to have temporarily surpassed the $ 150 billion barrier that did not reach just $ 149 billion during the dot com bubble period. For this reason, it may be unreasonable for the labor union to get angry, "I am overlooking the health of employees and becoming rich."

·bonus
In Amazon's kimono America, the server seems to have gone down just after Prime Day's opening. It seems that access to the site became impossible about about 1 hour from immediately after the start or it became impossible to add products to the cart.

Amazon seems to be restored soon, Amazon commented that "at prime day, hundreds of thousands of items will be added after this, and it has been over 34 hours still."