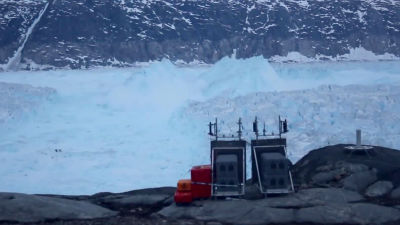 Researchers captured the crucial moment when the iceberg of 6 km in length separated and drifted from Greenland's glacier "Hellheim · Glacier" with cameras.

The state of separation of the huge iceberg that began at 23 o'clock on June 22, 2018 can be seen from the following movie. In reality, it took 30 minutes to separate the iceberg, but in the movie it has been edited to 90 seconds.


This is the situation at that time. If you are staring still ... 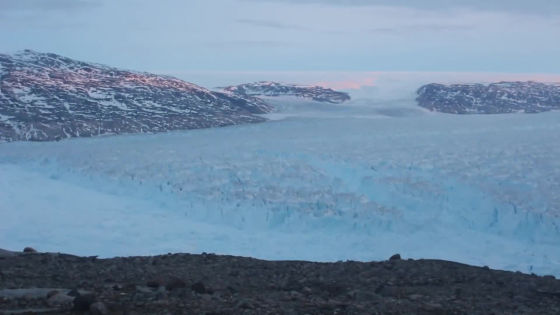 The iceberg in front will leave the glacier and the ice will collapse greatly. 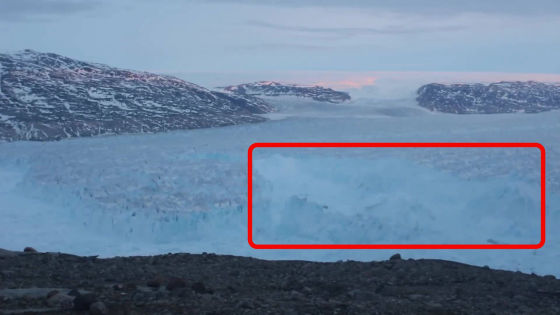 Separate iceberg is slowly being swept into the sea ...... 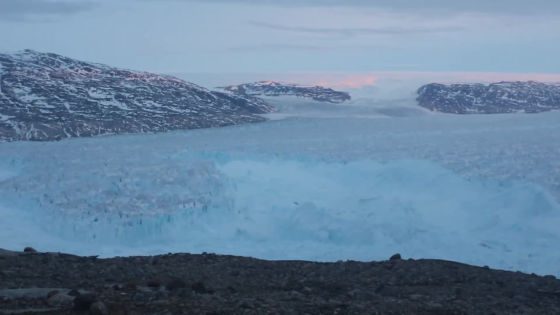 Now the ice in the back has collapsed quietly. 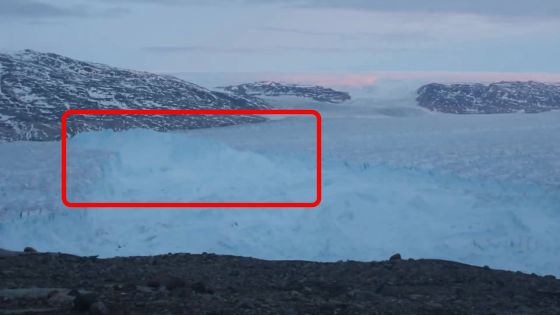 The difference is obvious when compared with the first terrain. 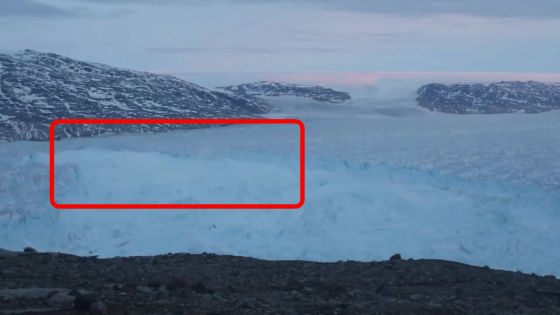 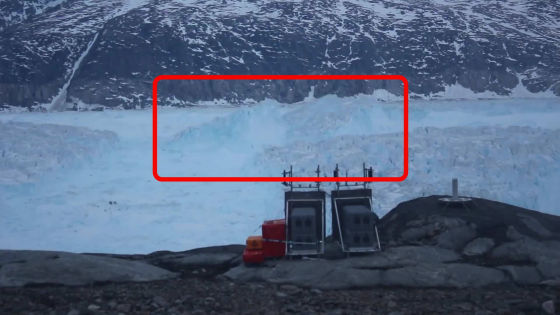 The iceberg will be drained to the sea. 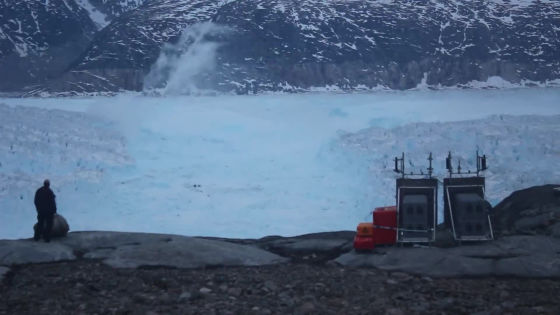 The size of the movie is difficult to understand at the same time, but the size of the flushed iceberg is equivalent to the yellow frame below the New York / Manhattan island. 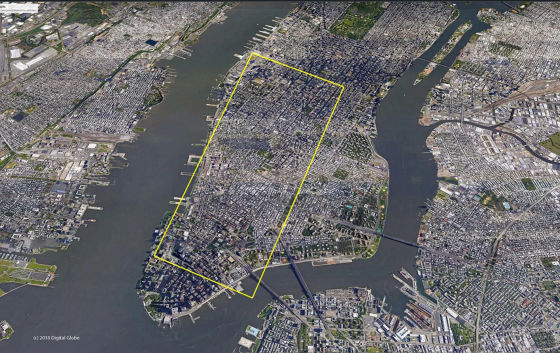 It is concerned about rise in the sea level concern when huge ice flows out from the glacier to the sea. However, according to Professor David Holland of New York University who leads the research, I do not yet know the reason why the iceberg is separated at this huge scale and the sea level of separation.

The largest glacier in the world is the Antarctic, and it is also predicted that there will be a sea level rise of nearly 3 m as the ice sheet in the western Antarctica is lost. However, although the Antarctic ice sheet is being observed from the satellite, Professor Holland says that it is a very difficult task to gather data observed from locations remote from the surface.

Meanwhile, the Greenland glacier is more accessible, so Professor Holland 's research team devotes 10 years to the observation of Greenland' s glaciers and observes glacier movements to collect data. As a result, we succeeded in putting the decisive moment of separating the iceberg from the glacier in the camera. The movie is observing the sea level rise at the moment the ice is separated and also catching the collapse pattern of the glacier.

According to Denise Holland, who captured the moment of separation, the research team heard the roar over 5 minutes when camping in the fjord. According to this rosyness, Denise says that he has instinctively realized that "something definitive moment is approaching" from past experiences.