Why does the child make a 'lie'? 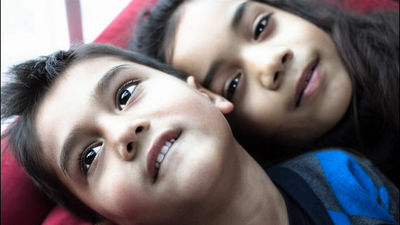 Child development is a pleasant experience for parents, but as it grows it will "lie" to parents and the surrounding people. In general, children begin lying from the age of 2 to 4, so some parents are worried that "Lying from such a small time, what will happen in the future"? The Conversation of the news site explains the question " Why does the child lie? " Which is worrisome for many parents.

Why do kids lie, and is it normal?
https://theconversation.com/why-do-kids-lie-and-is-it-normal-98948

There are not many parents who are worried about lying a child, but from a developmental point of view, it is not a problem at all for a young child to lie. Lying is the first sign that the child noticed in the theory of the mind that "others may have ideas and desires different from their own."

"Papa tells me" You can eat ice cream! "The child tells lies that it is an action that uses the hearts of others to give false recognition. It may not be desirable to lie if viewed socially, but it is a very important social skill to know how others think, act, and feel. It is related to this social skill to look at sympathy and help other people suffer. It is also known that the content of a lie a child has is different depending on age. Children who are beginning to tell a lie say that many are not liars that have a substantial effect, but lie with humor. For example, I still have a cake in my mouth and say "I have not eaten cake yet" or complain "Dogs graffiti on the wall!" Children can lie that is not true, but they do not actually have enough technology to deceive others.

Even if I lie until 8 years old, it seems that in many cases, I can not pass it through well. Experiment was intended for 3-year-old to 7 years old in, also keep in telling children and "Please do not look at the toys in the back", is behind sneak almost all of the children Barney to peek at the toy, Later I stuck up saying "I have not seen a toy." However, children 3 to 5 years old were very good at making a face that had not been lied, but he accidentally took out the name "Barney" in the story. On the other hand, half of the children aged 6 and 7 were able to keep an unfamiliar swing without giving out the name of Bernie.

As age goes up, children gradually become better at lying and become to lie in various patterns of lies. Young children, however, will lie one after another, but they will feel guilty as they grow older as they grow older.

In teenagers, we will distinguish between lies that do not hurt others, no other love, and lies that hurt others, so we do not feel guilty for lies without other love. Also, rather than lying with each other children, they will speak with their lies about their own things, such as parents and teachers. In a survey conducted by young people in high school and college students in 2004, it has been reported that 82% of young people actually lied about matters such as money, alcohol, drugs, friends, parties, sexes in the past year . 67% for friendship, 65% for alcohol and drug use, and 32% for sex. 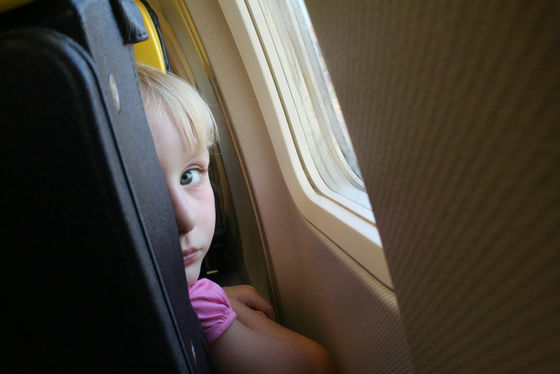 The lie of a child is not that big problem than it is thought in the world. On the other hand, the fact that adults are lying in everyday life tends to be overlooked. In the study conducted in 2009 (PDF), 40% of Americans reported that they lied within 24 hours, including lies to protect people.

A lie is a problem when it is associated with other adaptation disorders, for example, it is known that children with rebellious challenge disorder (ODD) tend to deceive people chronically lying. Of course, not all lies are related to adaptation disorders such as ODD, and even in the case of ODD, we can not "obey the rules or put up with violence" "I am not responsible for my actions Based on the symptoms such as "Doctor's diagnosis is given, it will be proved the relationship between lie and adaptation disorder for the first time.

There are also cases where children lie to hide spiritual or health problems from emotions such as shame and fear. Children who have severe anxiety say that they may lie chronically to escape from painful circumstances such as schools and parties. It seems that these children are afraid to themselves to be diagnosed as "psychosis" in some cases. Second, to teach such as "How do people who lie to children feel, how ethically they have problems"? By saying how a lying person is hurt, letting the thought of how things like a lie adversely affect others and how they feel when they are lying, it is said that the child is a bad thing It will recognize and become hard to lie. At the same time, it is also important to praise the child if it says the truth.

The third thing is to point out "It's a lie". Distinction between fantasy and reality is ambiguous among children, and there are patterns that believe that children themselves are true. Regardless of whether there is any malice to deceive a person to a child or not, there are cases in which a child lies, so it is important to point out to the child after verifying the truth firmly. A child lies is not a developmental problem behavior, but rather a sign that deepens the recognition of himself and others in a normal manner, and a lie is only a way to polish social skills. Considering consulting with a doctor should also consider considering chronically continuing lying if it seems to be a hindrance to everyday life, but if it is not so, it is important to watch watchfully The Conversation He wrote.