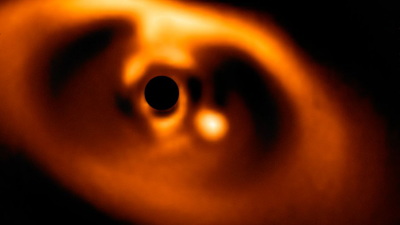 The super large telescope VLT which observes by combining four telescopes of 8.2 m in diameter has succeeded in capturing the primitive form of the star " PDS 70 b " which is about to be born 370 light years away from the earth.

This image was captured by the general super telescope VLT "4 telescopes with a caliber of 8.2 m, built by the European Southern Observatory (ESO) at the Chilean Paralymnet Observatory. In the following image obtained by the analyzer "SPHERE" which analyzes the observed image, you can see that there is a spherical area that brightly shines in the center of "ring" distributed dust. This bright and shining part will take a long time to become a new star. This is the scene where the celestial body "PDS 70b" is about to be born around the young dwarf star " PDS 70 " of the age of 10 million years from the earth at a distance of 370 light years. With the part of the star's baby up, like this, the part where the brightly lit part shines brightly is the part of the star. It is said that the black area that is seen near it is the part that is masked to eliminate the influence of light by the nearby PDS 70. In the brightly shining part, substances of very large mass of several times the Jupiter of the solar system gathered, and the temperature in this region seems to reach 1000 degrees Celsius. 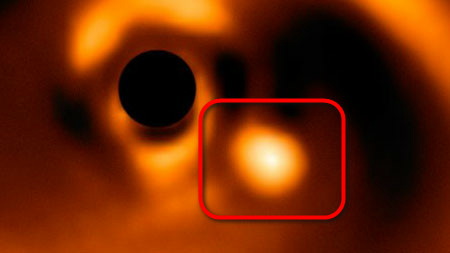 The state of PDS 70b is also explained in detail in the following 4K movies created by ESO.


The "ultra-giant telescope VLT" constructed at the Paranar Observatory in Chile this time helped to discover PDS 70b. PDS 70b was discovered by investigating in detail the part surrounded by the following red frame in the vast universe. By enlarging the pictures of the universe many times, the appearance of the star "PDS 70" where the PDS 70 b is located nearby finally appeared. If you look at the movie, from the universe where there are so many stars, the greatness of discovery of this PDS 70b is transmitted. And the ultra-huge telescope VLT caught the figure of this PDS 70b. It is said that PDS 70 is present in the black masked part. 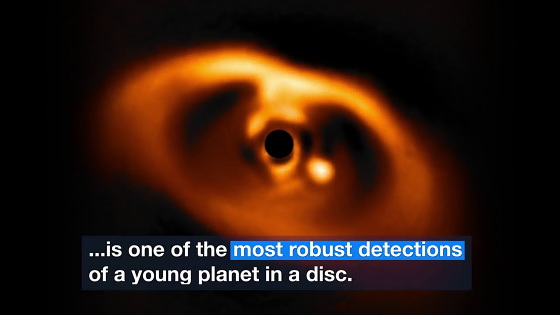 The breakthrough in this observation is that it was discovered by spectral analysis that "clouds are present in PDS 70b". PDS 70b already seems to have the crust of the star, and clouds are drifting around it. The result of this observation is thought to be useful for understanding the stage where the planet evolves in the future and to understand what kind of world is spreading to the planets outside the solar system. 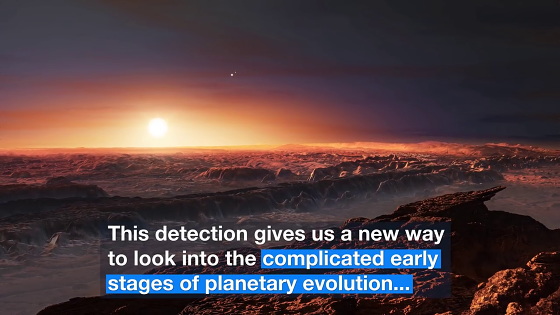