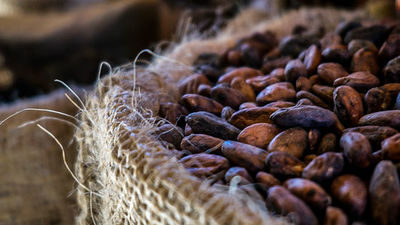 Various kinds of money have been selected from ancient times in the age prior to circulation of bills and coins such as in recent years, purchasing goods and paying taxes, and stone, cloth, shellfish, etc. have been used as money . Regarding such ancient money, the theory suggests that " Maya civilization uses" cocoa beans, "a raw material for chocolate, as money."

In Maya civilization that occurred around 2000 BC and survived until the 16 th century, coins and bills such as bank notes did not circulate. Instead, like many other ancient civilizations, it is believed that barter, corn, clothes etc were barter. It has been confirmed that cacao beans were paid in consideration of labor in the days after the Spaniards destroyed the Mayan civilization in the 16th century and dominated the area as colonies, but before that it was in Maya civilization Whether or not cacao beans have been used as currency has not been revealed.

Archaeologist Joanna Baron belonging to New Jersey-based education network " Bard Early College Network " was studying artworks left by Maya civilization. Some of the artworks such as mural paintings left by the Mayan civilization from 250 AD to 900 AD, paintings drawn on pottery, sculptures, etc., the state of dealings being done in the market and gifts provided for the king etc. It is said that it is drawn.

In the eighth century, chocolate gradually began to appear in art goods and scenes where chocolate processed into hot beverages was used as a payment for goods came to be drawn. At that time, chocolate was not eaten as it was solid, but it was common for drinking as a drink like hot chocolate. Because hot chocolate is not suitable for carrying and it is not always possible to preserve for a long time, Mr. Baron says that it is not appropriate to exchange hot chocolate as "currency". However, "Eventually scenes where cacao beans, a raw material of chocolate, are dedicated as a tax to the king, have been drawn on artworks," Baron said. Although cereals such as tobacco and corn were also donated together, the most frequently presented offering was dried cocoa beans in a woven cloth bag whose content was written. According to Mr. Baron, "The amount of cacao beans to be paid as taxes is clearly greater than the amount consumed in court."

Mr. Baron argues that surplus cocoa beans played a role like currency in the classical Maya civilization, together with dedicated items such as tobacco and corn. Mr. Baron says that cacao beans were paid as wages to workers who work in court, as well as used to purchase goods in the market.

Cities of the classical Maya civilization has declined in a chain-like fashion from around the 9th century, and various reasons such as "invasion of foreign enemies", "fellows' rebellion" and "epidemic epidemic" are advocated for reasons of decline. Many experts support the theory that the classic Maya civilization has declined due to the drought that hit the Maya area, and Baron also supports that theory. Mr. Baron has speculated that the declining yield of cacao beans due to drought caused the confusion of the dynasty that used cacao beans as money, leading to economic collapse. 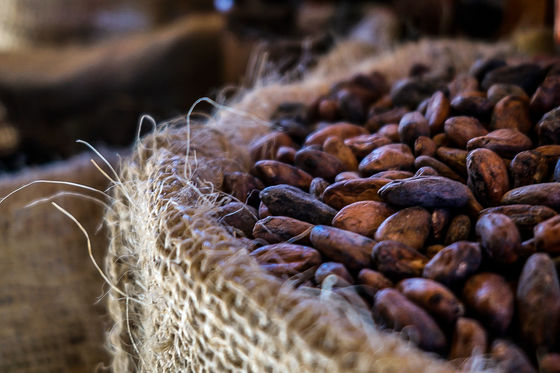 There are also researchers who object to Baron 's theory and Professor David Fridel who is studying the Mayan civilization at Washington University said: "Certainly, cocoa beans are almost the same as currencies in some civilizations There is no doubt that there was circulation in the form.I also around Maya civilization because cultivation is more difficult than corn and other grains, cacao beans were prized, but it was really used as money I think that it is not clear whether or not it is ", skeptical of Mr. Baron's theory.

According to Mr. Fridel, no matter how much cacao beans are drawn among artworks, it is not always saying that "the importance of money has increased and as a result the depiction of cacao beans has increased" It is not limited. In order to decide whether cacao beans truly played a role as money, further research is required.

Also, Mr. Fridel has disputed the theory that it is said that the decline in harvest volume of cacao beans caused the economic collapse and caused the collapse of the classic Maya civilization. "Cocoa beans are not at least the only currency, corn, woven cloths, gems, etc. should have been used as money at the same time. Even though cocoa beans, which are just a single coin, can not be harvested, the economic system collapsed There will not be anything to do, "Fridel said, and Mr. Baron said there was a leap in the theory.