Why was Lemming born a superstition of "to commit suicide by group?" 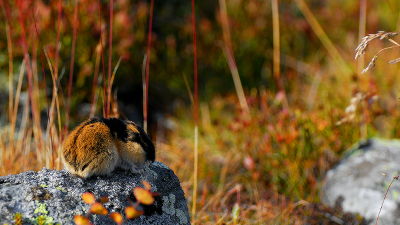 There is a superstition called "water suicide by group"LemmingScientists explain why such a strange superstition was born about Tabby Ridge.

Mr. Thomas McDonough, an Alaska State Wildlife Biologist, asserts that it is "a totally urban legend" about the suicide of entering Lemming. Also, as to why such superstitions related to reming was born, "Disney's documentary of the 1950s has become the source of this superstition, and it became widely known that the superstition became the mainstream unnoticed "It explains.

Lemming is a rodent with a short tail that lives in a spacious prairie. In addition to the leem with collar which is the only rodent that turns white in winter, Alaska has three kinds of lemmings inhabited. Disney's movie thought to be a source of superstition was "True-Life AdventuresOne of the series "White Wilderness (White wilderness)"is. In "White Wilderness" produced in 1958, the mysterious behavior of Leming which collective suicide is featured.

The scene where Lemming throws himself in the sea and commits suicide can be seen in 1/30 seconds of the following movie.


A survey conducted by Brian Valley, a producer of the Canadian Broadcasters Association in 1983, reveals that the behavior of lemming taken in the "white wilderness" was forged. The scene where the lemming in the movie jumps into the sea was actually taken by being thrown into Disney's filmmakers and it is a scene which was artificially created by editing and intentional camera angle is.

In addition, although "white wilderness" was photographed in Alberta, Canada, Alberta is an inland area, not an area where natural lemmings inhabit. So Disney's creative team has also found that Inuit children purchased "Lemming for suicide" on some land such as Manibat province.

In "White Wilderness" he played a role as a screenwriter at DisneyWinston HiblerIn the scene where Lemming suicides collectively, "A kind of obsession grabbed a small rodent and invited a group of Leming to a strange fate by unreasonable hysteria," he said. It is spoken.

Lemming as if staring at the sea from the cliff 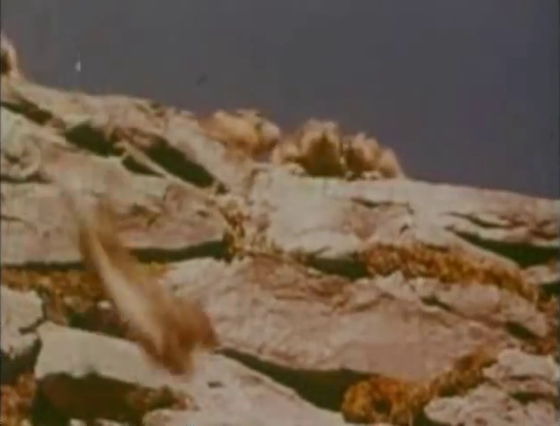 In the video, Leming looks as if he is throwing himself in the sea. 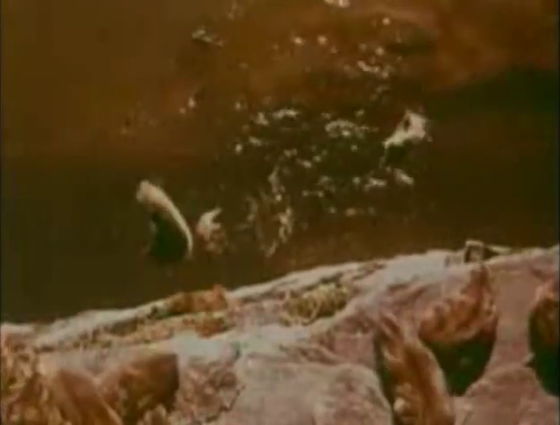 Of course, in animal documentaries etc., scenes are often created by directing like "white wilderness". However, "Disney had to get an idea from where (Leming will commit suicide collectively)", McDonough said. Lemm's population is known to change the behavior significantly by various factors such as predator, food, climate and so on. Under ideal conditions, it is possible to increase the number of individuals by 10 times in one year, but it seems to have the habit of scattering flocks like beavers etc. when food is insufficient. Therefore, McDonough has speculated that he brought lemming to the state of Alberta in the shooting place, confusing it by giving external pressure to the flocks, and inducing the lemmans to become more likely to commit suicide .

Lemming is an animal that can swim in the first place, and if Alberta - state brought in the province is not suitable for habitation such as less food, there is plenty of possibility to jump into the water and ask for green meadows. In addition, there are individuals that drown in Reming. It is speculated that such various elements intertwined and the idea of ​​the image "collective suicide lemming" was born.