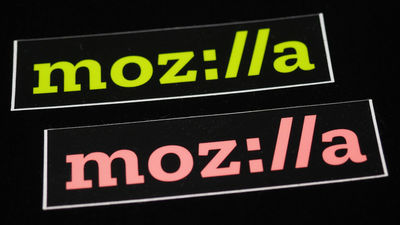 We develop and provide web browser Firefox and mail client ThunderbirdMozillaThe event that the staff of all meet togetherAll hands 2018"We announced that we have started a project to develop a web browser" Scout "that can be operated by voice.

All Hands 2018 is an event held in San Francisco from 11th to 15th June, 2018 local time, and only the Mozilla staff and stakeholders are invited. Mozilla's programmer Tamara Hills said that he gave a lecture on "Scout" which makes browsing and using audio control content possible. In the event explanation at All Hands 2018, it says that if you tell "Scouts (Hey Scout), read an article about polar bears", it shows an example of searching and reading aloud articles about polar bears.

Mr. Hills is a project to develop software for IoT products for kitchen "Smart KitchenAs I was working on, the speech recognition platform used for Scout may be using this know-how. Mozilla said that this "Scout development project" was in its early stages and did not comment in detail, "In Mozilla it is a conference to be held at All Hands, an internal event, so we can plan and build for the future We are looking forward to the further development of the Scout project and the open discussion possible. "

This is not the first time Mozilla applies speech technology to web browsing. For exampleFirefox 61: Developer Edition, In cooperation with the screen reading software, there is a function that can check the accessibility of the web page. CNET says that browsing by voice operation that Scout makes it possible may also aim for the visually impaired to increase the accessibility of the Internet. On the other hand, artificial intelligence (AI) speech recognition technology such as Amazon Alexa, Google Assistant, Apple's Siri, etc. is getting more and more advanced. I would like to expect what kind of system Mozilla will build as a speech recognition platform that can compete with them.